Since the Vietnam War, those who serve have been experiencing a growing divide between the civilian sector of the population and the military. The divide is not so much a cultural divide as it is an awareness divide. Many of the factors that contribute to this divide are revealed in this brief, well done video below.

Those serving now and those of us who have served from the Vietnam War to the present, along with our families, are fully aware of many of the things that this video discusses. There was a disconnect between the two sectors of the society during the Vietnam War, but it was caused mostly by political realities at the time.

The current disconnect has grown wider, not for political reasons, but because of the indifference that arises from the fact that so few civilians have any direct connection to the military today.

Since the ending of the draft in the early 1970s, less than 1% of the American population now serves in the military and bears the full burden of war. The fact is that most of those serving today also have an immediate family member currently serving, or who has served. Practically speaking, this means that there are fewer and fewer families in America who are engaged and directly dealing with the consequences resulting from the current demands on our military in the War on Terror. 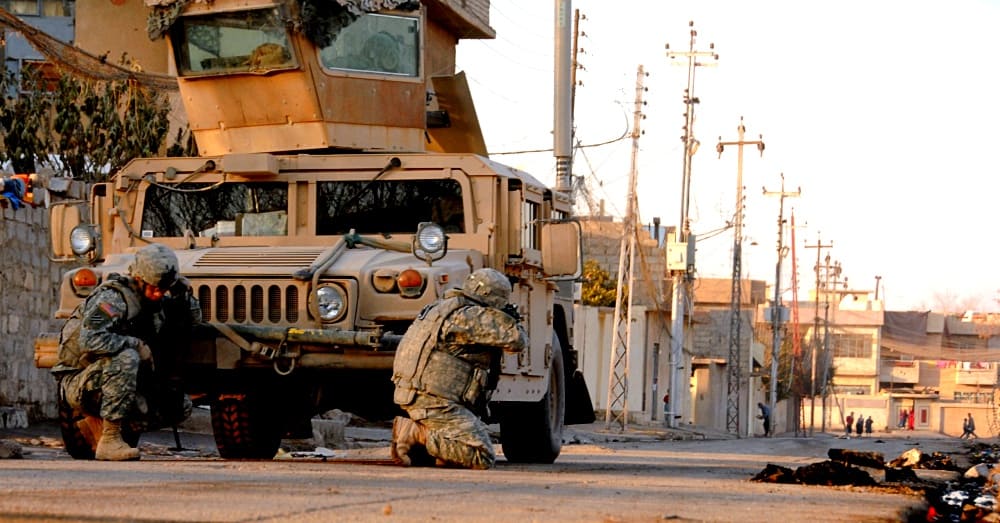 Because of the widening gap of awareness in the civilian population, military veterans and their families often feel misunderstood and under-appreciated by the wider population. Active duty and veteran military know the weight of war’s responsibilities and its consequences intimately. Increasingly, though, our military members and their families feel that they are bearing all of the costs of war, its ultimate sacrifices, the devastating physical and emotional wounds, and long term recovery needs in the midst of a civilian population that, more often than not, is completely disconnected from the realities of their sacrifices, or at best, sees them only abstractly.

The Veterans Site wishes to honor and to thank our active duty and veteran military,

and their families. We believe that the conscience of the nation needs to be challenged to recognize the sacrifices that these few, these brave and dedicated few, have made and to continue to make on behalf of all of us. All Americans need to honor those who serve and to ensure that they have the proper medical care, educational and employment opportunities that they deserve when they come home and re-enter civilian life.

Such things are the least that we can do as a grateful nation toward those who have given and sacrificed so much.