Ken Sturdy is a 97-year-old veteran living in Calgary, Alberta, but when he was 20 years old, he was a signal man with the Royal Navy helping British troops evacuate from the beaches of Dunkirk, France. The World War II veteran survived the devastation of the Battle of Dunkirk, and this week he went to the local movie theater to see the film, Dunkirk by director Christopher Nolan, which tells the tale of the harrowing evacuation of nearly 400,000 British troops under relentless German fire during the Battle of Dunkirk.

“I had the privilege of seeing that film tonight and I am saddened by it because of what happened on that beach,” Study told the Calgary Global News after the film had finished. “I never thought I would see that again. It was just like I was there again.”

During the nine day evacuation effort from May 29 to June 4, 1940, hundreds of thousands of British and French troops were evacuated with the help of civilians and their merchant ships. Sadly, 68,000 British troops were killed, wounded, or captured during that Battle of Dunkirk. Another 48,000 French soldiers were captured by the Nazis, as well. Sturdy was there at the French town of Dunkirk in 1940, helping the Allies elude the Germans and evacuate onto small ships to cross the English Channel. He saw the devastation and death. He lost friends. 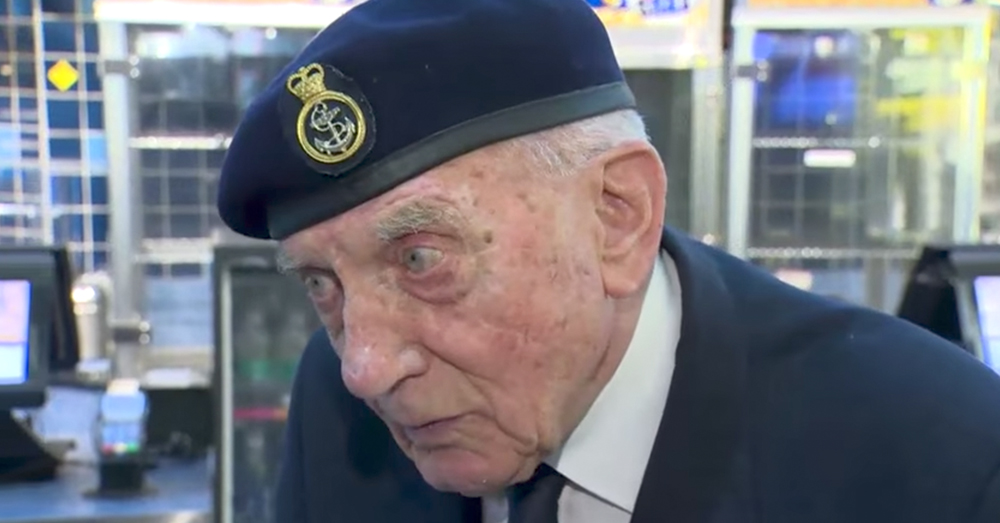 “I was in those little boats picking them out of the water,” Sturdy said. “I was 20 when that happened, but watching the movie, I could see my old friends again and a lot of them died later in the war.”

Sturdy went on to say, “I went on convoys after that in the North Atlantic. I had lost so many of my buddies. One of my mates was taken prisoner. He wasn’t killed on the beach. They marched him up to Poland. And he spent five years in a German prisoner camp.”

At the theater, several people approached Sturdy when the film had ended to thank him for his service, to talk with him, or just to shake his hand. Kelly Kwamsoos, who was also watching the film in the same theater, said, “At the end of the movie I ran down the stairs and he was just wiping his tears away and I was able to shake his hand and give him a proper salute. …I really hope that the younger generations can understand what it was like and really count their blessings. We’re so lucky.” 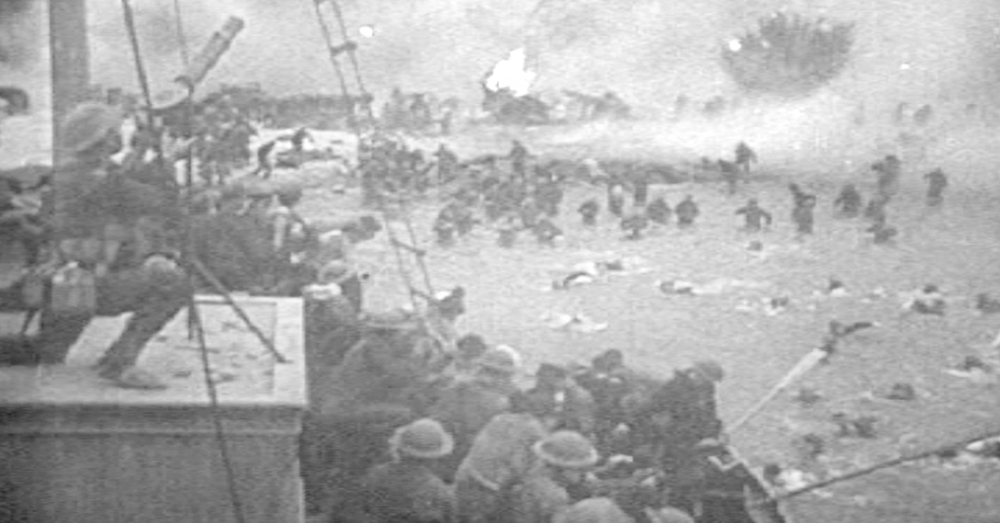 “Don’t just go to the movie for entertainment. Think about it. And when you become adults, keep thinking,” said Sturdy. The Dunkirk survivor said he hopes the movie will let younger generations see what war is really like — the devastation and horror of it — and inspire to live a life free of conflict and fighting.

“Tonight I cried because it’s never the end,” said Sturdy. “It won’t happen. We, the human species, are so intelligent, and we do such astonishing things. We can fly to the moon but we still do stupid things. So when I see the film tonight, I see it with a certain kind of sadness. Because what happened back then in 1940, it’s not the end.”

Listen to the Battle of Dunkirk survivor’s emotional reaction to the film in the video below.