The Republican Presidential candidate Donald Trump sent the world into a debate about mental health after his remarks concerning post-traumatic stress disorder and suicides among veterans on Monday. Speaking to a group of Veterans in Virginia, Trump may have suggested that some Veterans are not “strong enough” to handle it.

“When people come back from war and combat and they see things that maybe a lot of the folks in this room have seen many times over and you’re strong and you can handle it, but a lot of people can’t handle it” 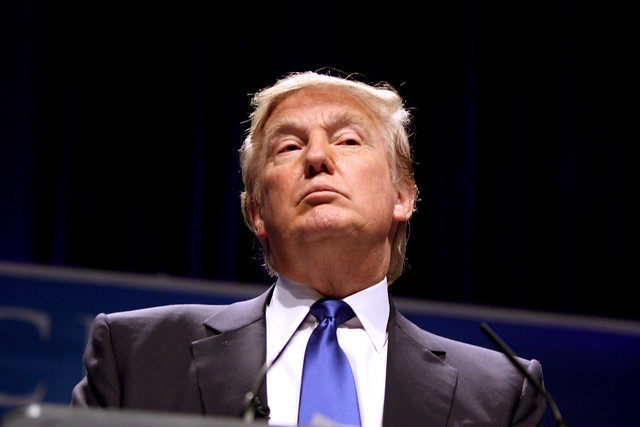 Trump also mentioned that mental health care for veterans needs to be improved.

This is something that we can all agree with!

It did not take long for people to take to Twitter and other social media sites to let their opinion be heard on Trump’s remarks.

Every national leader has a responsibility to use accurate and appropriate language when talking about mental health and suicide especially.

@iava As a veteran of the USAF I cannot take the way this man speaks about any group of people including veterans. https://t.co/JTuxy9axyH


Not everyone thought Trumps comments were out of line. A few even suggested that his comments were a direct answer to the question being asked. For example the man who asked Trump about PTSD, Marine Staff Sergeant Chad Robichaux, responded to the outrage in a statement to Mediaite: 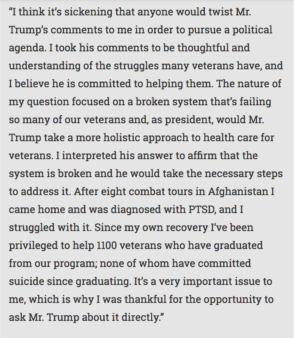