Bob Dole all but lost his right arm to injuries sustained in World War II, but even that didn’t stop him making a heartfelt gesture as he visited the casket of George H. W. Bush, the 41st President of the United States.

Bush died at the age of 94 on Nov. 30 and was laid in state at the Capitol Rotunda until Wednesday, Dec. 5. During that time, former colleagues, friends, family, and mourning Americans have offered their prayers, condolences, and respect. Among them, the 95-year-old former Senate Majority Leader, Dole. 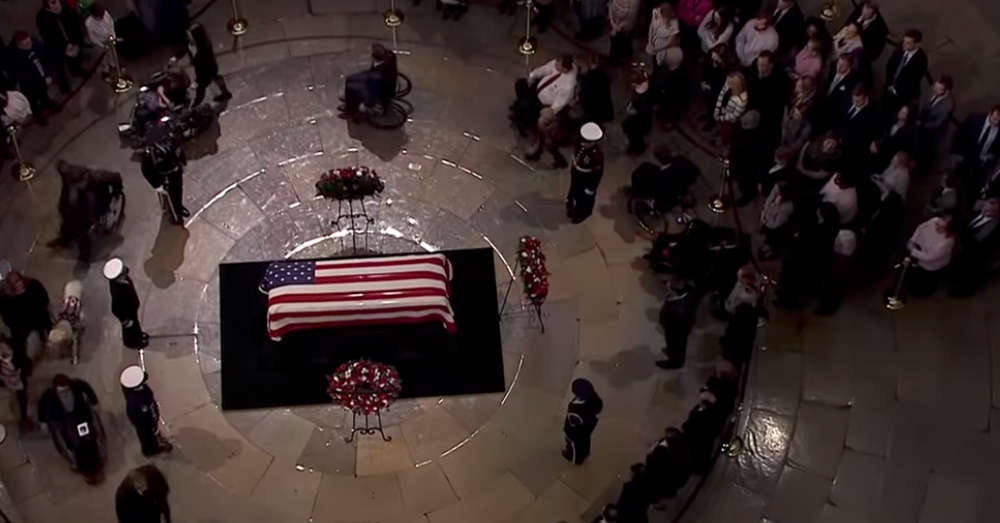 As the statesman from Kansas was pushed up to Bush’s casket in his wheelchair, Fox News reports, an aide helped Dole stand. He raised his left arm—his right being left numb—and saluted the man he not only worked with, but fought with in the war. 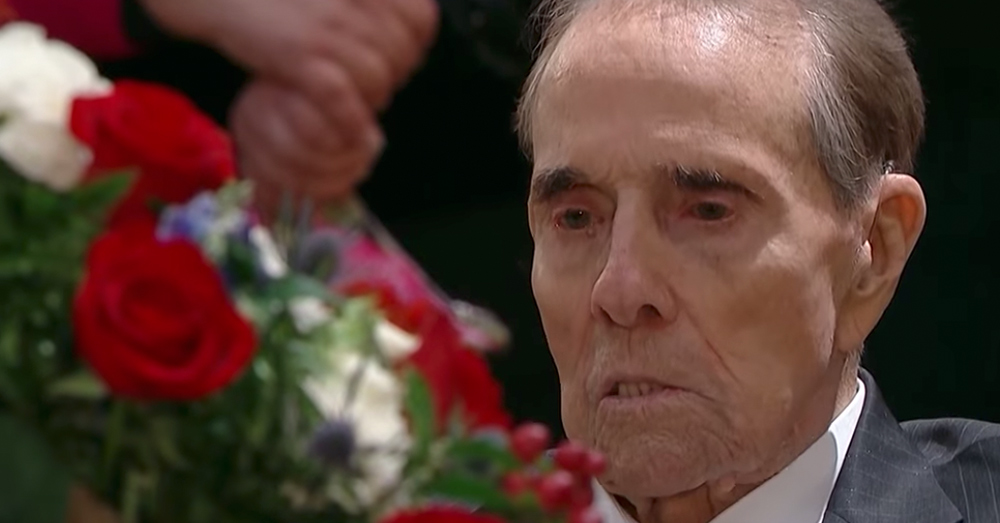 It was “a last, powerful gesture of respect from one member of the Greatest Generation, @SenatorDole, to another,” Bush spokesman Jim McGrath wrote on Twitter.

A last, powerful gesture of respect from one member of the Greatest Generation, @SenatorDole, to another. #Remembering41 #Bush41 pic.twitter.com/WiT2WiAjnk 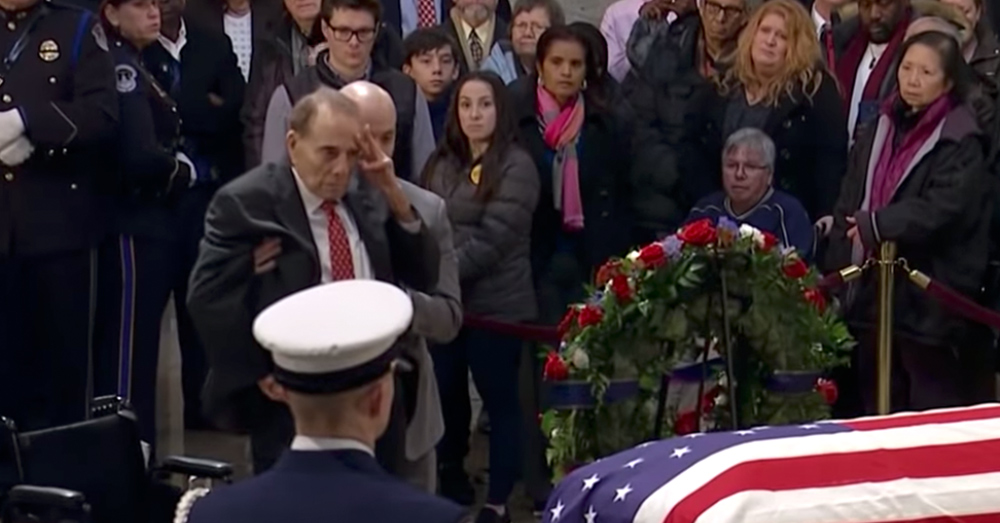 Bush’s funeral will be held at the Washington National Cathedral on Dec. 5. His body will be flown to Texas for burial at a family plot at George H.W. Bush Presidential Library and Museum in College Station.

Army Soldier Returns Home To A Furry Flurry Of Kisses In Heartwarming Airport Surprise: Click “Next” below!