In our family antiques often were passed down with labels stuck somewhere on them or the stories of their origin were repeated so many times that the memory “held”. A preserve stand that was rarely used had the note inside in old cursive that read “From Aunt Deal’s Sale”. A Victorian parlor set was collectively called “Uncle Joe” for the now great-great-great uncle who gave it as a wedding present in 1898. But what happens when those legends disappear or when we no longer know who “Aunt Deal” or “Uncle Joe” were? 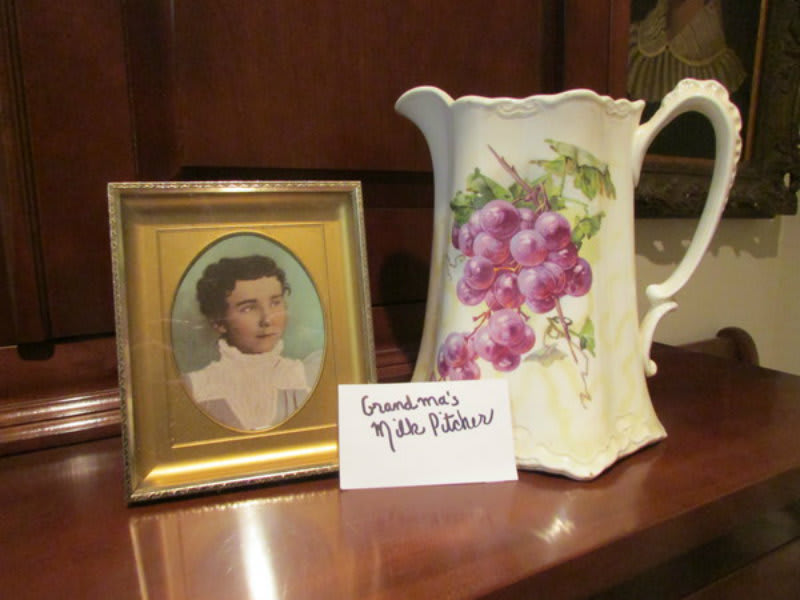 The pitcher above was used to hold milk for decades on a family farm. The ancestor who owned it is in the photo. The story that’s told about it is that it sat on the dining table at every meal, holding fresh milk from the family’s cows. Because of who owned it and how it was used, the value is in the heart.

We believe that it is important not just to have a regular inventory of antiques, but also to link in the stories that go with them. And we think that records should be redundant. We all have seen, and maybe experienced, enough disasters to know that records kept on a hard drive can be useless when the electricity is out or when that device is gone. Records kept purely on paper can be blown away. With evacuations we know that we have to move fast and carrying survival supplies may make carrying bulky records difficult.

Thanks to technology we can record information about “our things” digitally as well as on paper. There are many home inventory systems that work well. We like those that allow for photos and have large note fields where you can write in the story of each piece. People who have antiques or pieces of art work covered with insurance riders need, of course, to know exactly what the insurance company needs in terms of documentation and how that should be maintained. Written appraisals for those riders may need to be filed with the insurance company and copies kept in a safety deposit box. 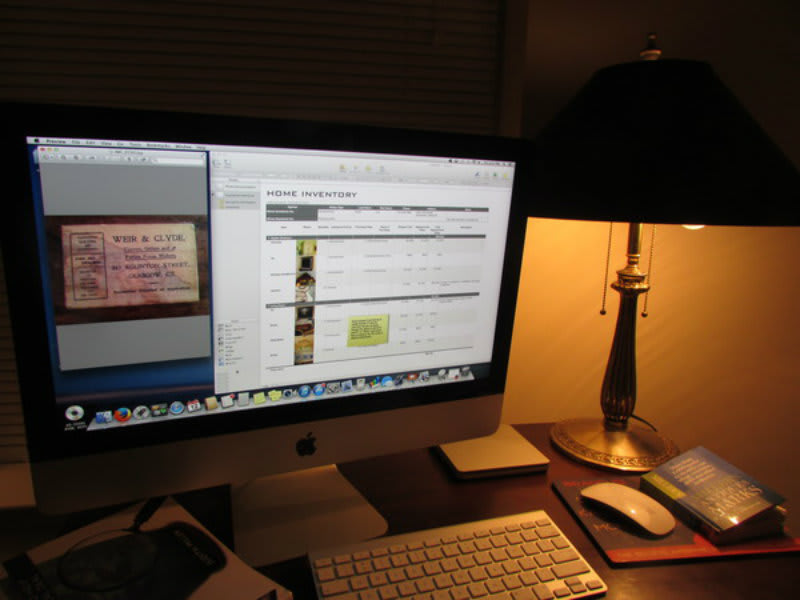 Keeping files up-to-date also means a regular process of backing them up on other media. People have differing opinions about cloud storage. The “pro” is that it is always there as long as the provider company’s servers are functioning. Files can also be copied to thumb drives. We like a thumb drive on a lanyard that can rapidly be thrown on when that tornado siren goes off and you’re grabbing your basic disaster kit for refuge in the basement or bathtub. We also like keeping records on paper, a lesson learned from a mother who kept the receipts on every antique she purchased. Photos of rooms, of cupboards opened, of each object also can be kept in a safety deposit box.

We also recognize that things that have been lost carry a powerful tug on the heart. It’s easy for people to say “Get over, it’s just a THING”. It’s not that easy, however, when things have emotional content. The gospel writer Matthew records the words of Christ: “Lay not up for yourselves treasures upon earth, where most and rust doth corrupt…but lay up for yourselves treasures in heaven….For where your treasure is, there will your heart be also.” We all know that our treasures are in our relationships, the love we have for family and friends, the goodness we try to bring to our communities.

An antique pitcher in most inventories would be recorded just with its approximate date, its maker, its original cost if known, and approximate worth now if it went at auction. An inventory that also places value in the heart would add the story of the grandmother who owned in and the values she taught. The stories of things sold to raise money for a medical bill, or even just utilities, can be added…a lesson in resilience that last generations.

Treasures are in the heart and the lives we live. The things we document are just a part of that.