Dierks Bentley Helps A Soldier In An Amazing Way

Country music star, Dierks Bentley is a strong supporter of the military and our veterans and is often outspoken about that when he’s performing on tour or doing interviews. That comes as little surprise, as he is the son of an Army veteran, himself. He has performed for troops at USO shows, has partnered with the Wounded Warriors organization, and recently invited some special guests to a pre-concert meet-and-greet backstage.

The wife and two sons of Army Staff Sergeant Steven Mendez are big fans of Bentley and were excited just to see him in concert. Being able to meet him backstage in person was a special bonus, to say the least. They were in need of a good time, too, because they were all missing Steven Mendez, who had been gone for the past 10 months on deployment overseas. So before Bentley was set to go on stage to perform, he chatted with the three of them backstage.

The three Mendez family members got together in front of a large tour sign to take a group photo with Bentley, but that photo didn’t take place. That’s because the meet-and-greet he set up for the family wasn’t really with him. 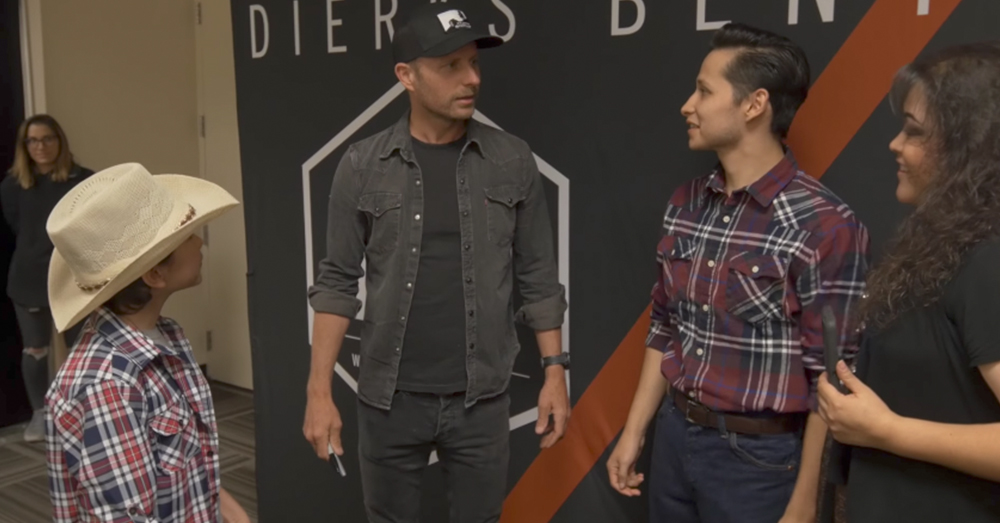 Just as the family is about to take their group photo with Dierks Bentley, Staff Sgt. Steven Mendez walks into the room, still in his Army fatigues. It was a surprise homecoming that no one saw coming (except, of course, for Bentley, who gladly helped set up the whole rouse)! Immediately Mendez was surrounded by his family in a giant hug, while the rest of the room started cheering.

“Thank you so much,” Staff Sergeant Steven Mendez said as he shook Bentley’s hand, showing appreciation for setting up the surprise.

Bentley replied to him, “No, man, thank you. I’m trying not to cry… I miss my kids, I’ve only been away for two days. So I can’t imagine the feeling to be back with your family.” 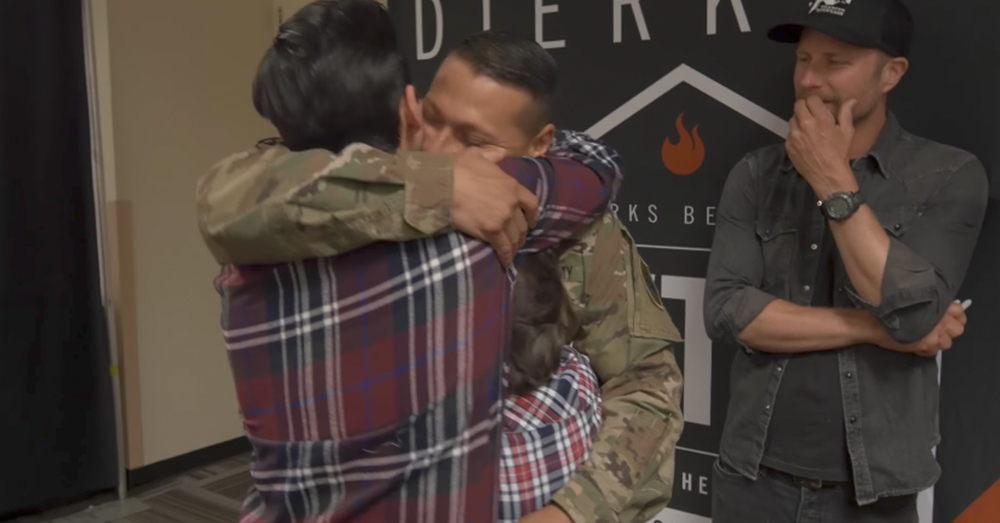 Photo: YouTube/Dierks Bentley — Staff Sgt. Steven Mendez gets a big hug from his sons after being deployed for 10 months.

After the surprise homecoming was over, it was time for Dierks Bentley to go on stage and perform for his fans. But he wasn’t done with Staff Sgt. Mendez yet. Bentley had the entire family join him on stage in front of the audience.

Bentley said to the audience, “It has profoundly changed my life seeing what happened backstage. I want to thank you so much for your service.”

In response to that, the whole arena started chanting “USA!” in support of Mendez.

In an interview with Taste of Country, Dierks Bentley said, “What a feeling that must be that I will never know, to put on that uniform — American flag patch on your shoulder — and you’re out there literally fighting for the flag… fighting with your brothers next to you and for everyone back home. So it’s just something that we can never really honestly have a sense of how that feels, but certainly we can honor them.”

Check out the whole surprise homecoming in the video below!