Who Were The Original Devil Dogs Of The US Marine Corps?

All of the services in our military can boast of units within their ranks that have heroic histories. All have played their part in protecting and defending this country and its promise of freedom. But there is only one unit that can boast of heroic participation in every one of our country’s wars over the last 100 years. That unit is the 5th Marine Regiment, nicknamed the “Devil Dogs.”

The exploits of the 5th Marine Regiment are writ large in Marine Corps history, and with good reason. Over that long and bloody century from 1917 to the present, Marines of the 5th Marine Regiment were awarded 24 Medals of Honor. The Regiment, part of the 1st Marine Division, has received all nine Presidential Unit Citations awarded to that Division. It also earned two of its own, one in Korea and the other in Vietnam. It is the most decorated regiment in the Marine Corps. 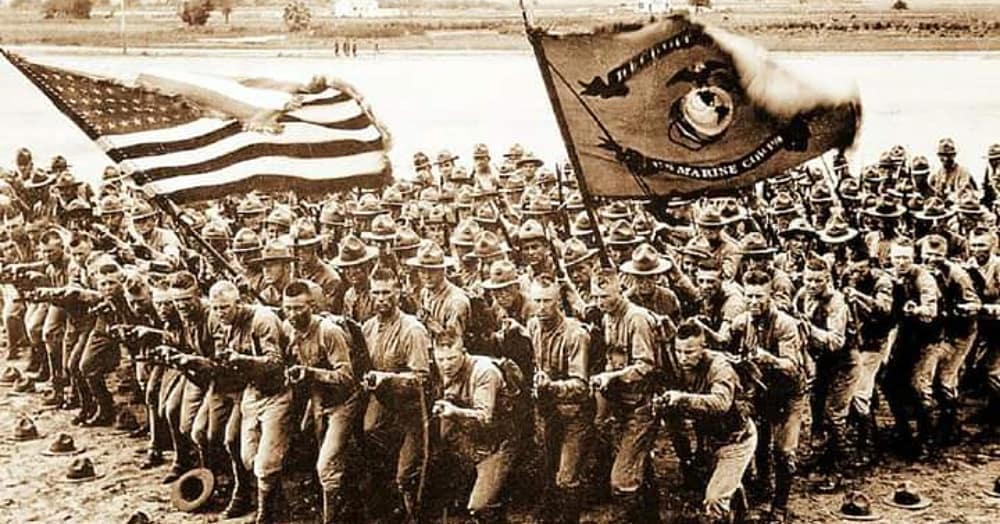 Image of the Devil Dogs via Roads to the Great War

The regiment was first assembled in Philadelphia in 1917 for service in WWI. In 1918 they fought so ferociously at the Battle of Belleau Wood that the Germans started calling them “Teufelshunde,” or dogs from Hell. That name has stuck with the 5th Marine Regiment ever since. The nickname Devil Dog is commonly used by all Marines to describe themselves, actually.

My grand uncle, Robert Dolan, fought with this regiment through Belleau Wood, Aisne, St. Mihiel, and in the Meuse-Argonne offensive. I have his discharge papers and some poems he wrote that describe the horrors of that war and its effects on the individual Marines in a way no history book can. Below is one of his poems, describing the brotherhood that every Marine has come to know.

When The Marines Meet Again

On Paris Island off South Carolina

there assembled recruits of the U.S. Marine Corps

brought from every state and class and clime,

brought together to fight in time.

The only question there being evoked,

“Are you fit to enter the field?”

The answer will be given to all men

when we meet again.

Manhood there made sacrifice,

boyhood, too, there paid the price.

dear to you, and dear to me

are vindicated at reveille

when we meet again. 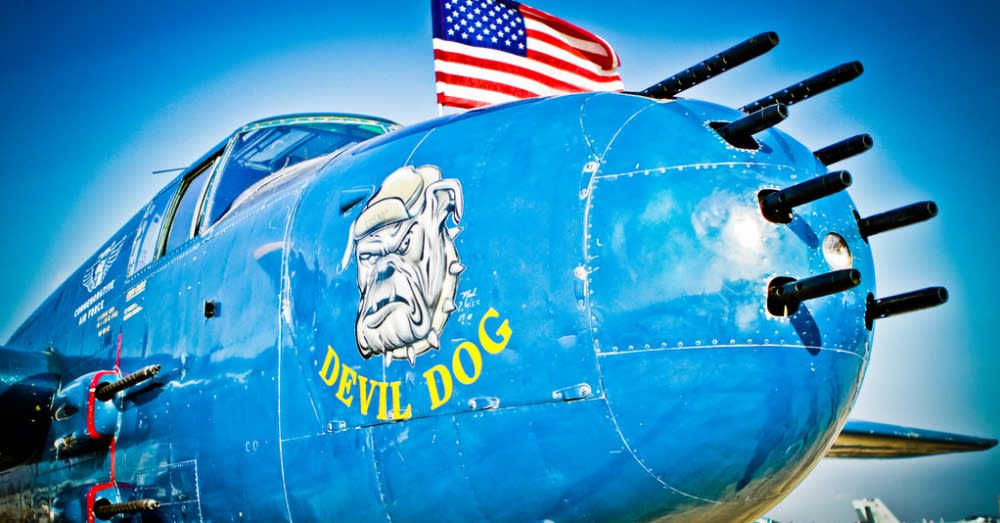 The 5th Marine Regiment would be called on again in WWII. They would see some of the worst fighting of that war in the Pacific Theater. They would fight for four long months on Guadalcanal before being relieved. After a rest, they were called on again to participate in the fight for the island of Peleliu, from August to December of 1944. They would then land with the 1st Marine Division on Okinawa in April of 1945.

During the Korean War, the 5th Marine Regiment arrived early to defend the Pusan Perimeter and would later fight with unbelievable courage and tenacity at Chosin Reservoir. The Regiment left Korea in 1953.

The Devil Dogs would spend six years in Vietnam, arriving in 1966 and returning to Camp Pendleton in 1971. They would see their bloodiest and most intense fighting in the fierce house-to-house battle for Hue during the 1968 Tet Offensive.

The Regiment would be called on again in the First Gulf War in 1991, then again in Iraq in 2003, and finally in Afghanistan in 2011 with Regimental Combat Team 5.

wishes to add its praise and thanks to all those who fought with the 5th Marine Regiment over the last 100 years. You gave life to the words “Duty, Honor, and Country.” In your service and in your sacrifice you showed the fullest meaning of the Marine Corps motto: Semper Fidelis!