Some metal detector enthusiasts will go their entire lives without finding anything more valuable than a bottle cap.

While out looking for lost artifacts, this individual happened upon an old metal cylinder. From a distance, it may have seemed like a discarded thermos. But this one was different.

The detector operator used a knife and a small shovel to open the canister. It had rusted through years ago, and soil now packed inside, as well, but there were several rare treasures that could still be recognized.

A gas mask and its filter were neatly packed in the bottom of the canister. Several metal disks, perhaps old photos, were also included. 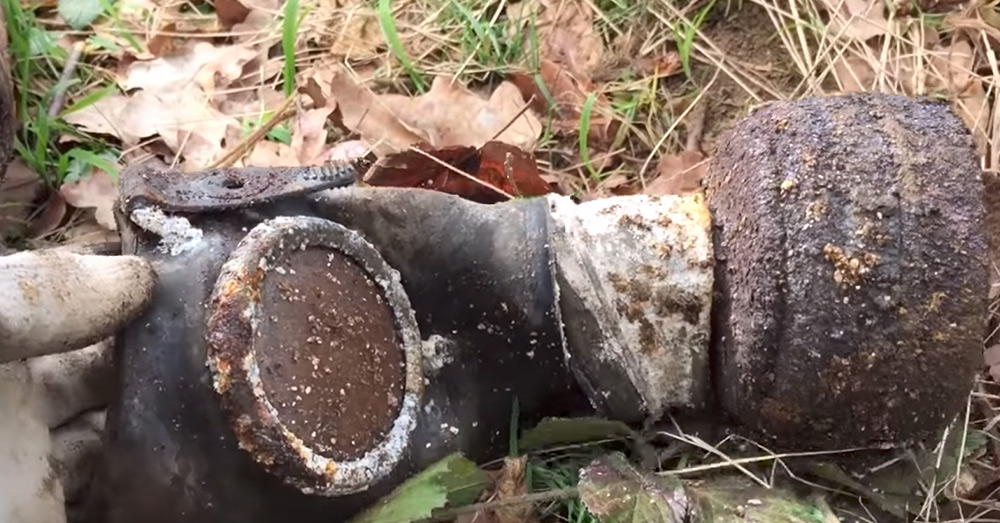 Around the canister, dozens of German shell casings were found in the dirt, along with the handle of a commissioned officer’s pistol. 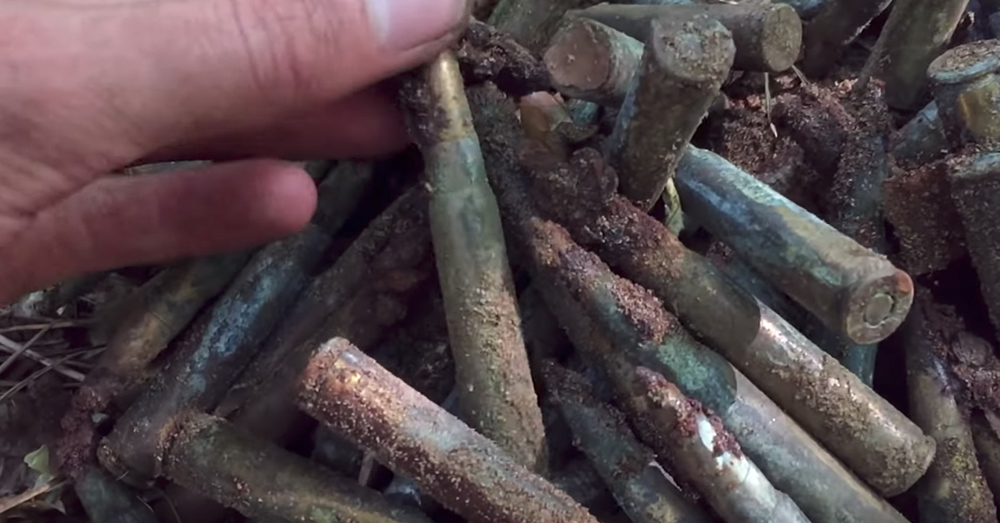 Dig this discovery in the video below.

This find was filmed by a team of German metal dectector operators who contribute to the AC-Adventures YouTube channel. Believe it or not, it’s not even their most impressive dig.

On another day, they found 20 German helmets from WWII in a single dig.

They also brought back a medal from the Eastern Front.

And, more than once, they’ve come across some massive ammo dumps, left undisturbed for more than 70 years.

Have you ever found something interesting while using a metal detector?

Army Veteran Shouted At Synagogue Shooter, ‘I’m Gonna Kill You!’: Click “Next” below!