Since the Revolutionary War, enlisted immigrants have been a major segment of the United States military. To this day, non-citizens can join the U.S. Army if they meet specific legal immigration requirements, but they are not eligible for commissioned positions, and they may also be barred from jobs requiring security clearance.

The Pentagon reported last year that it had around 65,000 enlisted troops with green cards. What wasn’t tracked were the number of non-citizen veterans who have been deported after their service, although CNN has speculated that about half that amount have been deported since 1996. 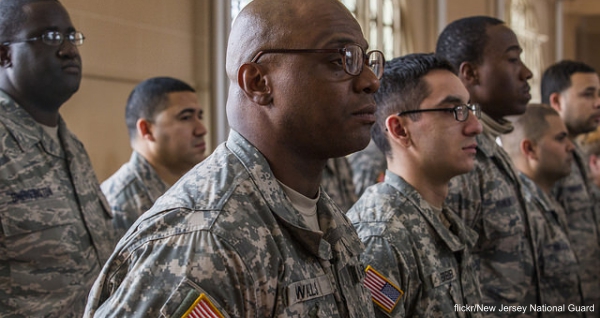 A bill authorizing all noncitizens who have served honorably in the U.S. armed forces on or after Sept. 11, 2001, to immediately file for citizenship, was signed by President Barack Obama signed in 2002. This order also covers veterans of certain designated past wars and conflicts and will remain in effect until a date designated by a future presidential executive order. More than 109,000 noncitizen service members have been granted U.S. citizenship since the bill was signed, and according to a story by NPR, about 8,000 troops with green cards became citizens in 2015. 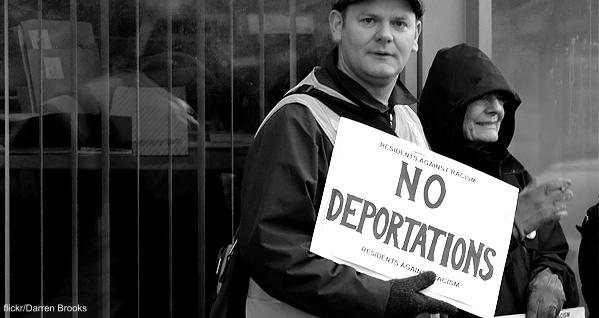 Citizenship was not granted to non-citizen service members and vets by the President in 2002, just offered, so long as the right steps were taken. For the many vets who have not been able to complete those steps, deportation is a possibility. For vets who get in trouble with the law, deportation is guaranteed.

A group in Tijuana, Mexico has built the Deported Veterans Support House, led by founder Hector Barajas who served with the 82nd airborne and was deported in 2004. The organization is aimed at helping veterans deported to Mexico deal with the uncertainty and fear of adjusting to a situation they didn’t expect. 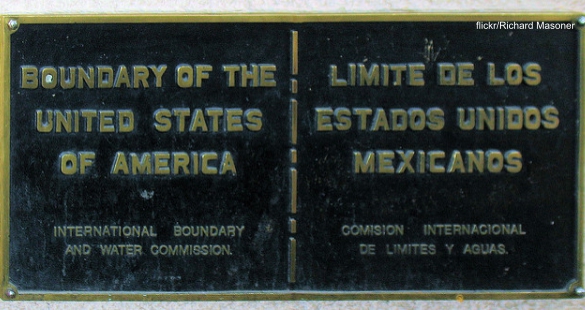 Tijuana is the drop-off point for many deported veterans in Mexico, sent there for crimes ranging from bad checks to heroin possession.

According to the Department of Homeland Security, an individual may qualify for naturalization through military service during peacetime if he or she has:

– Served honorably in the U.S. armed forces for at least one year,

– Filed an application while still in the service or within six months of separation.

The Military Accessions Vital to the National Interest program, MAVNI, fast-tracks citizenship for foreign non-citizens who possess skills or talents valuable to the military and would like to enlist, but it covers a small percentage of the enlisted immigrant population. It will be capped at 5,000 enlistments at the end of this year.

The President has been pressured to stop the deportation of U.S. veterans, but the administration’s stance toward deportation has remained aggressive.