Dr. Pamela Gaudry was on a Delta Air Lines flight that landed at Hartsfield-Jackson Atlanta International Airport on Sunday. Also on board the airplane was the late Staff Sgt. Dustin Wright, one of the four Green Berets killed in an ambush in Niger on October 4. When Gaudry learned that the fallen soldier was on the flight, she spoke with her fellow passengers, and it was decided that they would stand and sing the national anthem in honor of Staff Sgt. Wright as the honor guard took the soldier’s remains from the airplane.

However, the “Star Spangled Banner” was never heard on that airplane.

That’s because, as Gaudry said in a Facebook video from the airport, the chief flight attendant found out about the plan to sing the national anthem and told Gaudry that it was “against company policy to do what [they’re] doing.” She and the other passengers were “told to stay quietly in [their] seats,” Gaudry says in the video, and so she simply sat there in tears.

“I’m humiliated by my lack of courage to sing the national anthem in my own country, on American soil, with a deceased soldier on the plane,” Gaudry said while fighting back tears in the emotional video. 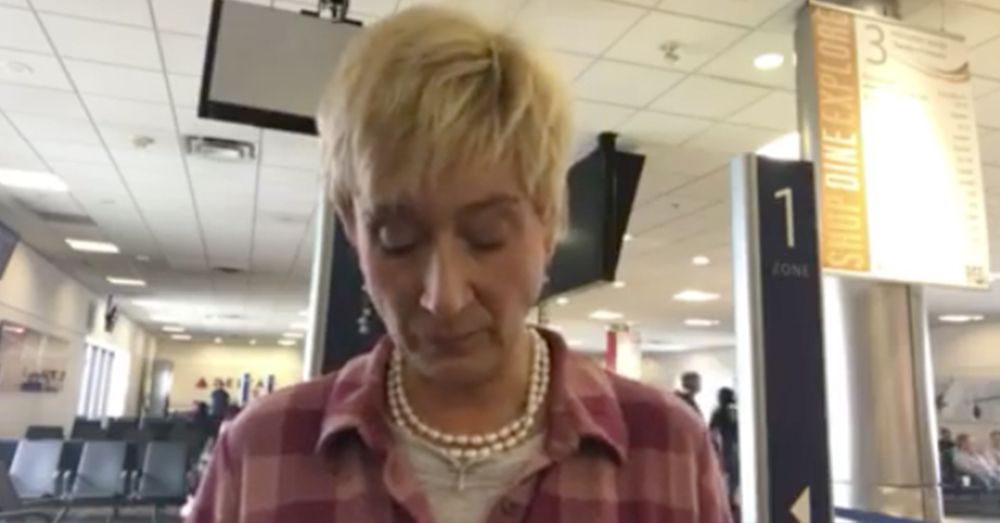 A spokesperson for Atlanta-based Delta, Anthony Black, declined to comment to the news on Monday about the incident but said, “There is not a policy about singing the national anthem, period.”

“As God as my witness, I promise that it will not happen again,” Gaudry wrote in her Facebook post.

Delta has since released a statement saying that it is not the company’s policy to forbid the singing of the “Star Spangled Banner.”

“Our employees worldwide take great pride in Delta’s longstanding support of the military,” the statement by Delta said. “The respectful ceremony of the Delta Honor Guard is one symbol of Delta’s pledge to the men and women of the armed forces, and it represents our broad commitment to our veterans and active-duty service members. Delta does not have a policy regarding the national anthem. We have reached out to the customer and are looking into this situation.” 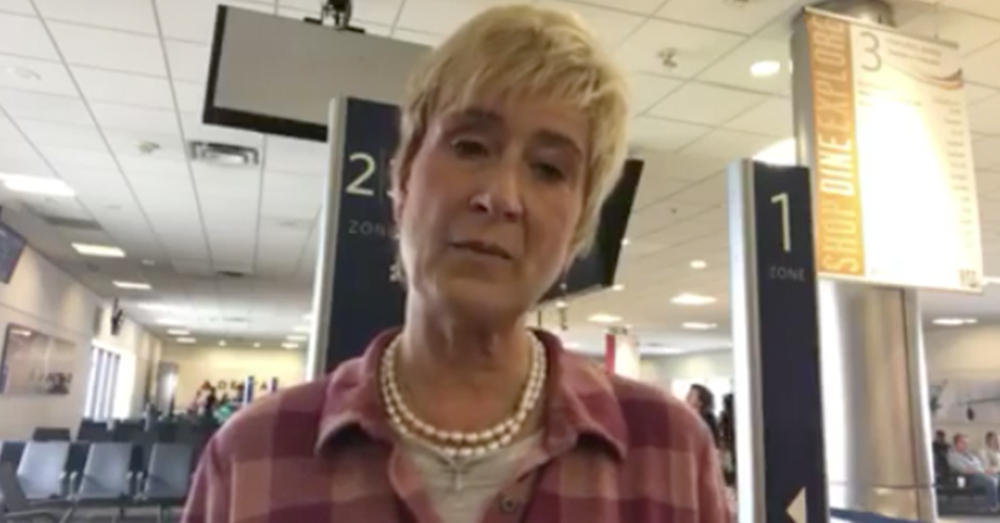 Dr. Gaudry, the widow of a deceased Navy Captain, herself, said in the emotional video, “I’m glad my former husband is deceased because he would have been profoundly disappointed in me.”

The Facebook video immediately went viral after being posted, with outrage expressed by thousands that the national anthem was not allowed to be sung in honor of the fallen soldier. Gaudry said in a later post on Facebook that Delta has apologized to her, and that Staff Sgt. Wright’s family has also been in contact with her to personally thank her.

In an interview with WGCL-TV, Gaudry said that she is at least happy with the eventual outcome of the incident — that “hundreds of thousands of people now know that Dustin Wright died for our country.”

Watch Dr. Pamela Gaudry’s emotional account in the video below.

You can learn more about the four Green Berets killed in the Oct. 4 ambush by clicking below.