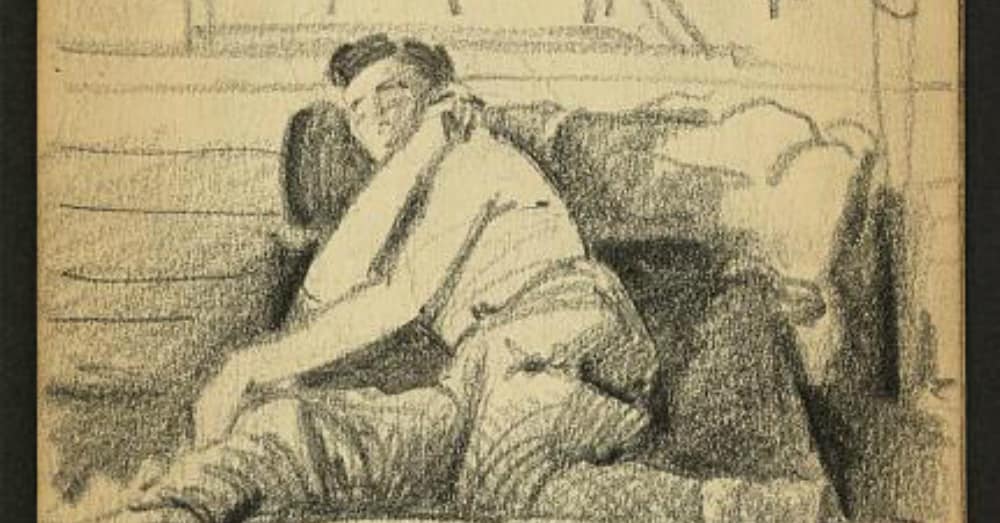 Sunday was break time for the troops. This was when soldiers received a brief respite from their exhausting training on base. 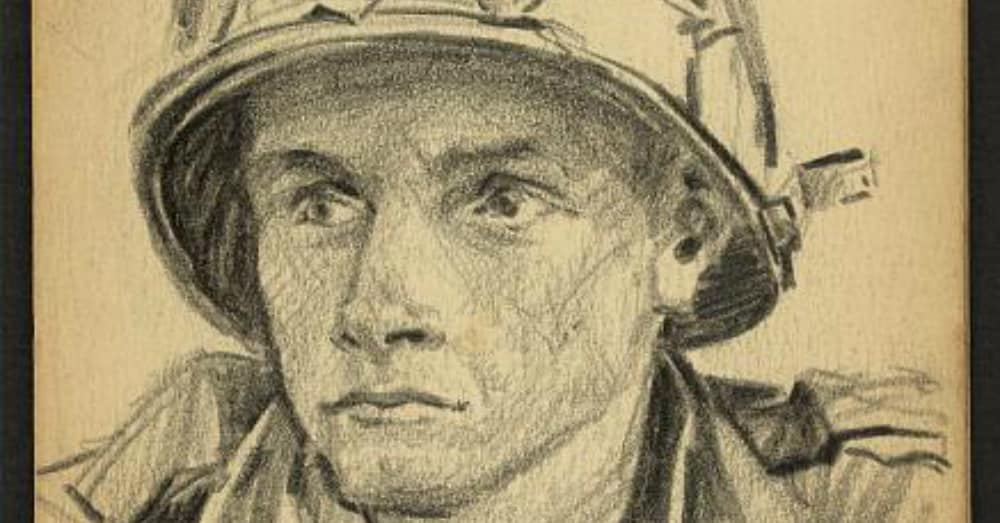 This helmeted figure was Lundy’s fellow soldier nicknamed Kentucky. The artist’s caption on this sketch reads, “In the pines, in the pines, where the sun never shines.” Soldiers often used rhymes during marches to keep time, stay in step and keep their minds occupied during long stretches of physical activity. Finey Towery sang that song, but he was killed action. 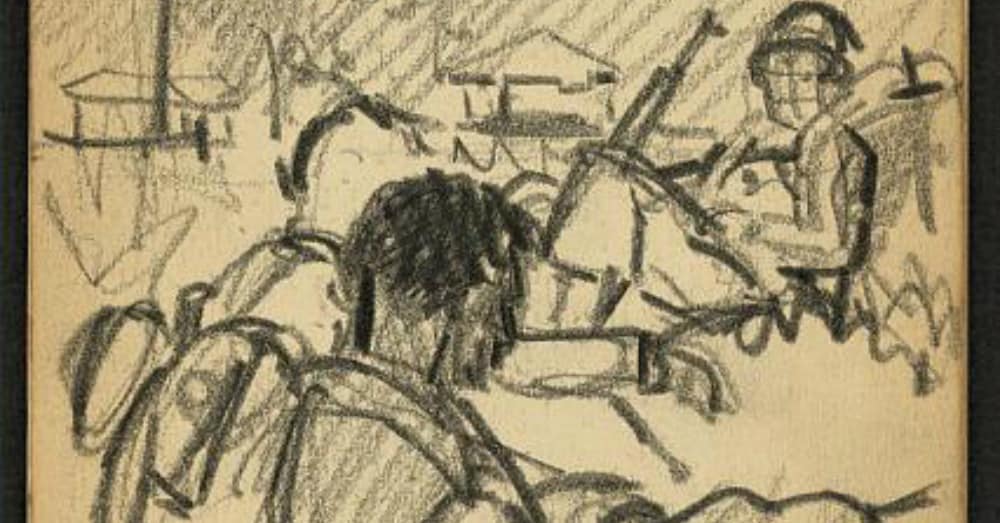 Lundy’s unit caught a break in the action during training leading up to action overseas reinforcing the D-Day invasion. You can see tents and a power pole in the background, while a dark-skinned soldier sits in front. These little vignettes of a soldier’s life capture snippets of time, and most veterans can relate to these drawings. 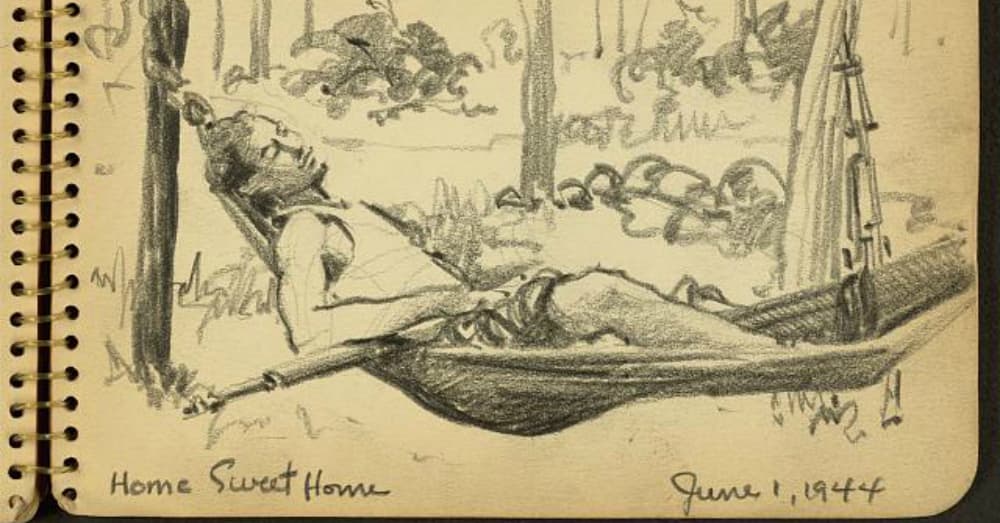 Can you imagine what this young man is thinking and feeling right now? He’s probably daydreaming of laying in the sun in a hammock back home, a world away from the action he’s about to see in France. 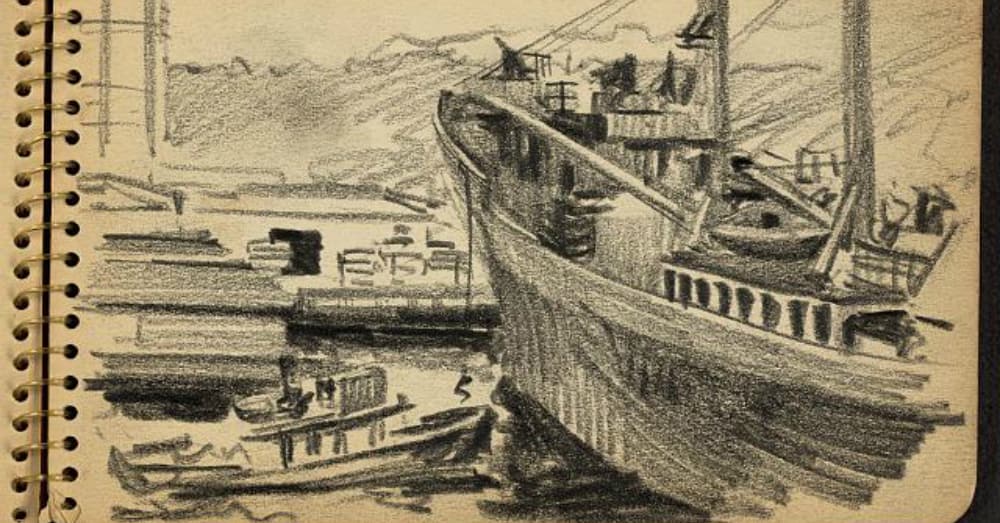 Lundy drew this scene in New York harbor in late August of 1944. You can see hills in the background.