Before he became a world-class architect, Victor A. Lundy spent time on the front lines in France as part of the U.S. Army during World War II. After he was wounded in action, Lundy spent time drawing pencil sketches as he recovered. Other sketches he drew during training or as his unit waited for something to happen. Lundy said, “drawing is sort of synonymous with thinking.”

He drew depictions of the things he saw from his basic training at Fort Jackson up until his time in battle in France. In all, he created eight sketchbooks which he donated to the Library of Congress in 2009.

As of early 2017, Lundy is 92 and is part of the Greatest Generation that is rapidly disappearing. He leaves us a soldier’s legacy so we can learn from our history and vow never to repeat the mistakes of the past. These are some of Lundy’s most impressive sketches from a young man, who at 21, was thrust into the most important action of the war in 1944. 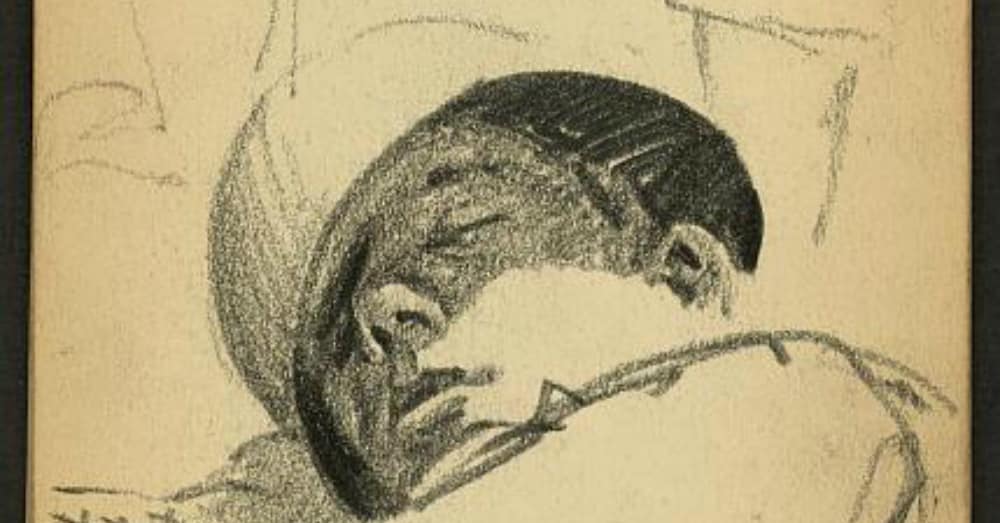 Lundy called this sketch “Shep.” He saw this on D-Day, June 6, 1944. Shep was asleep during training at Fort Jackson in South Carolina. Lundy drew his pencil sketches on pages of spiral-bound notebooks just 3 inches by 5 inches, and they fit into the pockets of his uniform.

On a Reconnaissance Mission 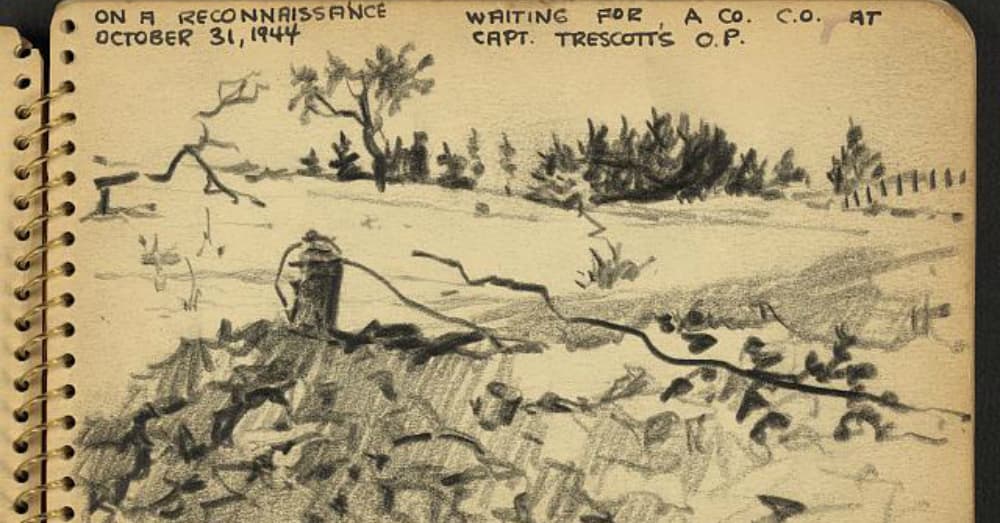 The soldier remembered this scene on a reconnaissance mission as his unit waited for a commanding officer to arrive. You can see the sparse amount of cover Lundy’s men had along the French countryside in late October of 1944. 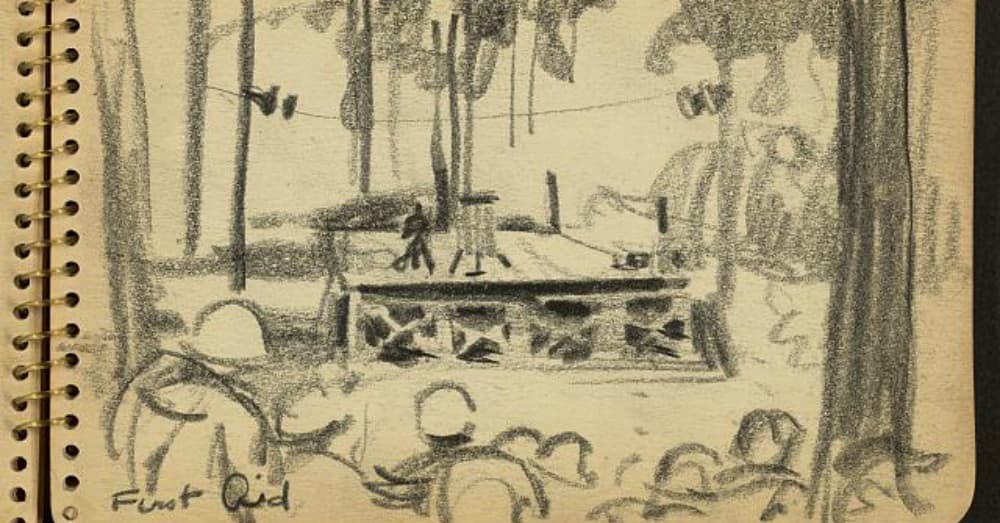 This scene was part of Lundy’s training ahead of seeing action in France following the D-Day invasion. He dated this sketch May 12, 1944.