As Americans remember the 50th anniversary of the Vietnam War, one unique photography and art exhibit in Appleton, Wisc. gives visitors an insider’s perspective of what it was like to fight in three wars. Portraits of 60 veterans, mostly from Vietnam but some from World War II and Korea, are on display. Each photograph has a caption written by the veteran, but the photos tell the real story of what these brave men and women endured in the name of America’s freedom. 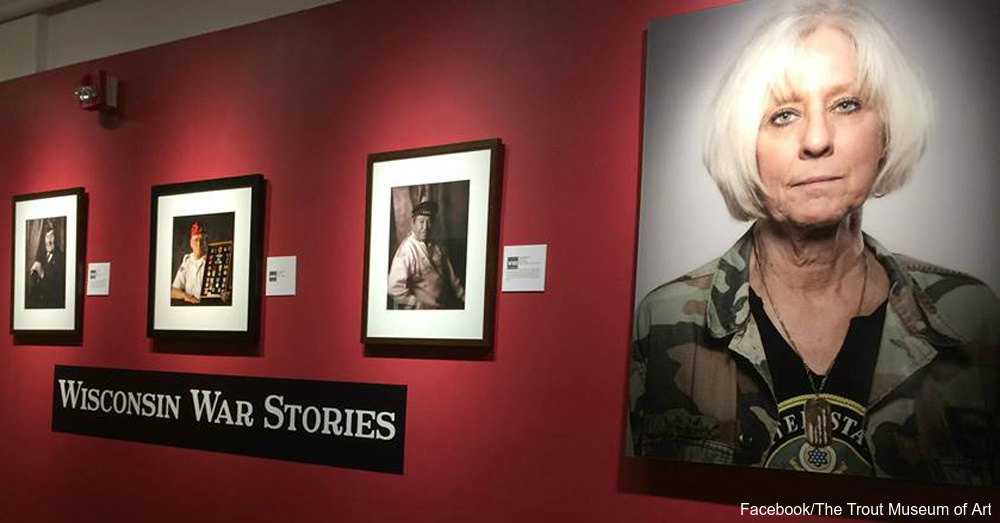 The portraits, on loan to the Trout Museum of Art, come from Wisconsin Public Television’s award-winning documentary series “Wisconsin War Stories.” The television station interviewed the veterans to show the personal stories of those who fought bravely and made sacrifices for everyone back home. Photographer James Gill brought these portraits to life.

Visitors gaze into the steely glare of Donald Weber in his class A uniform from the United States Marine Corps. Former Navy chaplain Ray Stubbe of Wauwatosa holds a crucifix in his hands. Larry Miller, a former forward gunfire observer for the Marines, clutches a knife in his right hand and is dressed in camouflage fatigues. One touching photo shows two brothers, Wayne and Bruce Jenson, holding a photograph of the two of them in their Navy uniforms while serving in Vietnam. Each photograph tells a story, but that’s only half of the two-floor exhibit. 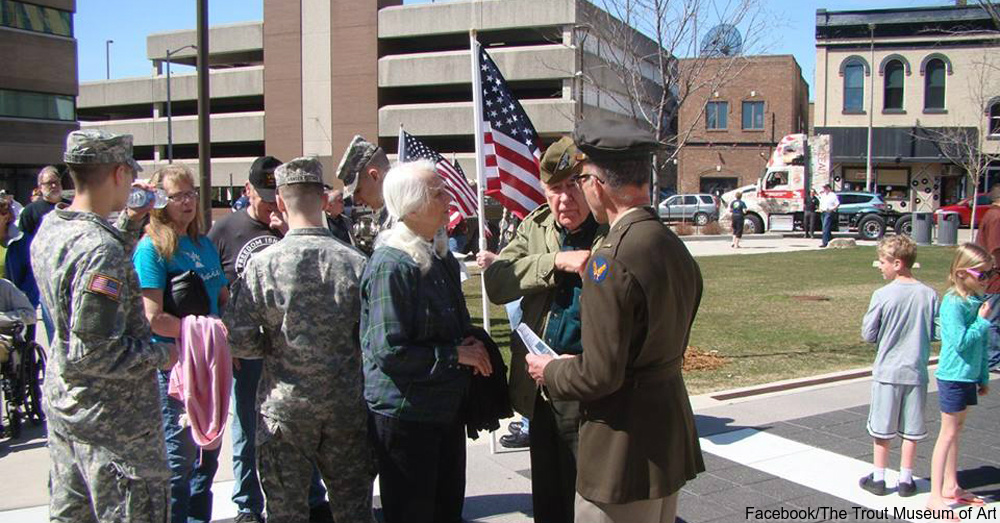 The other part of the exhibit includes artwork created by the veterans themselves. Instead of gazing into the faces of veterans, attendees see the feelings, thoughts and expressions of these men and women through art. Some of the pieces are graphic, and some of the names include “Demons of the Mind’s Eye,” “Fear Outside” and “Fear Inside. The veterans’ art is a way for them to share their stories of the unthinkable hardships and trauma they endured. Once the veterans returned home from Vietnam, some of them didn’t feel welcome. 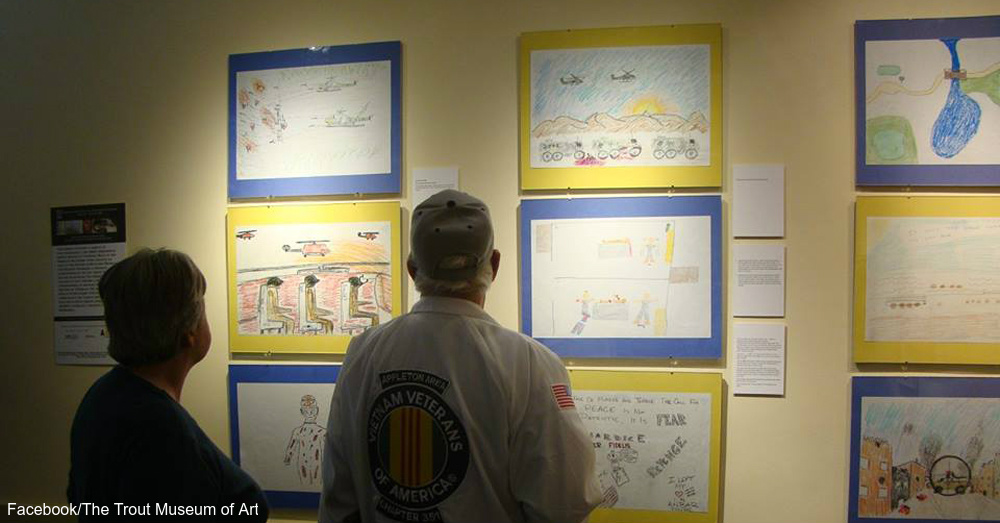 Army veteran Michael Weaver tells the Post-Crescent he and many of his comrades were disrespected when they came home from the war. Weaver, who says he’s proud of his military service, calls the photographic exhibit and artwork very emotional, yet a great thing as a way to honor those who served. At a time when the country reflects on the fragility of the American psyche during the Vietnam War era, Weaver believes it’s important for people to realize the impact military service has on ordinary men and women defending America’s ideals. The exhibit runs from April to July 2016.

Americans should always remember the bravery of the men and women who gave so much to keep America safe. Display this beautiful patriotic garden flag to let veterans know they are not forgotten.