In 2014, photographer Devin Mitchell began a trek that has turned into a stunning visual project that helps viewers understand who veterans are and how they see themselves. Mitchell’s Veteran Vision Project features photos of real veterans looking at themselves in the mirror as they were while in the service contrasted with who they are today. This simple visual outlet has given some veterans a voice to make a statement that takes them on a path toward finding the connection between the two halves of their personalities: the veteran who served in a war and the civilian who is adjusting to everyday life at home. 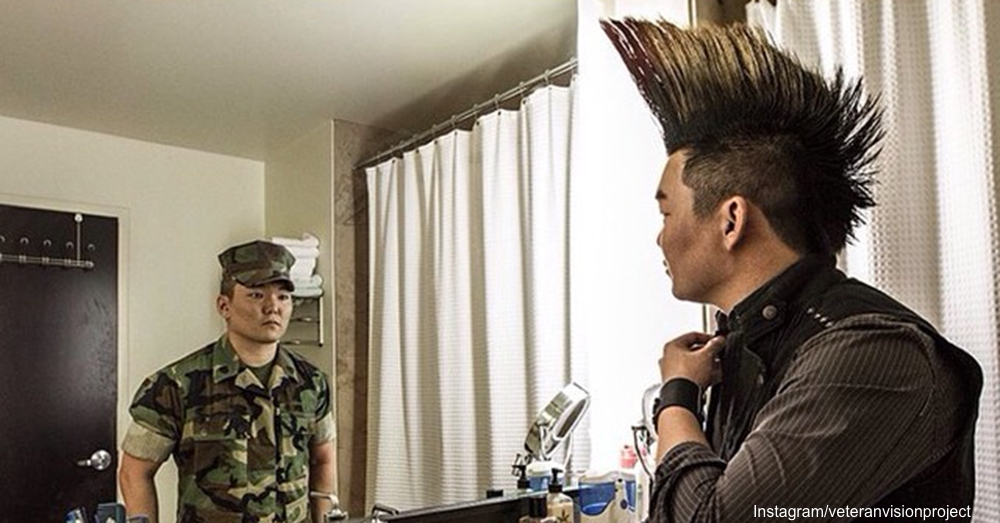 Each photo tells a specific story about a single veteran. One photo might show a wild rocker with a Mohawk haircut staring into the face of a man in camouflage fatigues, while the next might show a double amputee standing on his artificial limbs as he faces the pre-injury version of himself. Each image portrays something of the “double life” that photographer Mitchell was interested in capturing when he began the project. 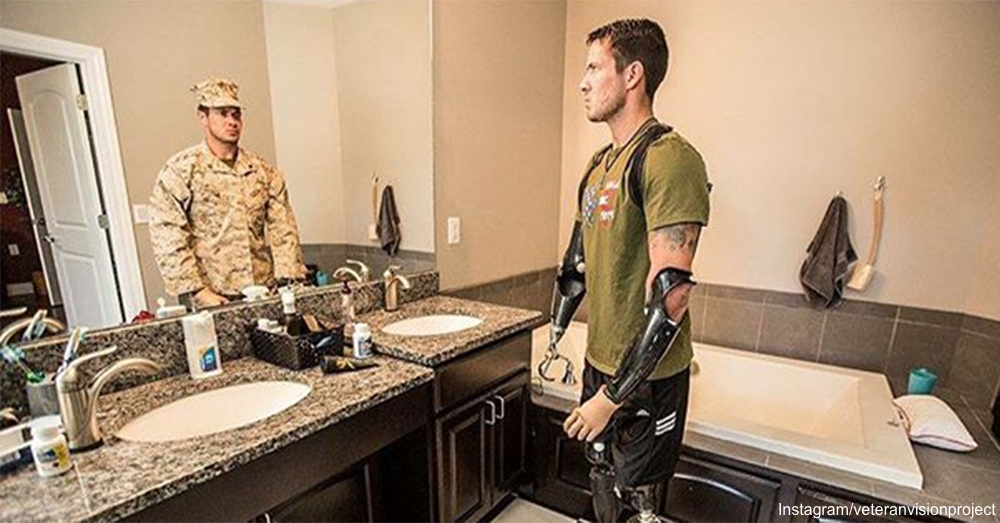 Mitchell, who considers himself a “trick photographer,” uses Photoshop to create the photos of men looking at their mirror images. He came up with the idea when looking at creating a portfolio for graduate art school applications, and then raised money for it on Kickstarter. The collection had its first public gallery showing at the Gallery of Art & Design at the University of Central Missouri. Mitchell has had no trouble finding volunteers for his project, as many veterans have contacted him asking to be included after seeing some of his images on Instagram, where anyone can access them. He has no plans to stop the project, as he feels there are still many topics, such as PTSD, to explore through it. 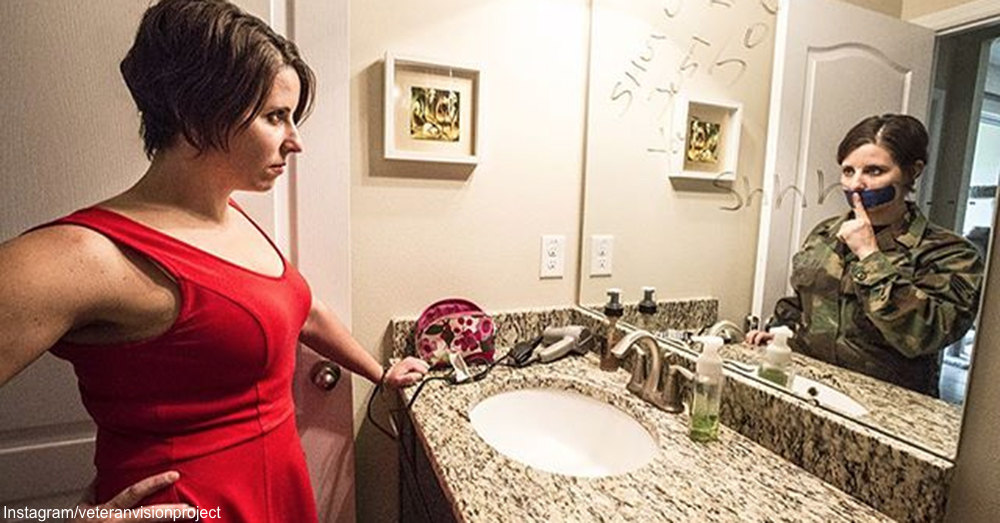 The Veteran Vision Project helps portray in images the tough adjustment that many vets face when they return home from overseas deployment. Click here to send Congress a message about supporting the Veterans Job Corps Act of 2012.