Turning Grief Into Love — One Stitch At A Time

Nine days into her son’s deployment, Lisa Freeman faced her worst nightmare when he was killed overseas. This military mother struggled with her grief until her son’s personal items were returned, and she discovered his uniforms. Inspiration hit, and she turned her son’s camouflage into a teddy bear. 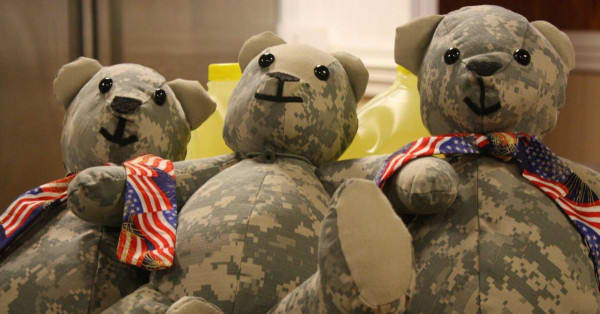 As Lisa Freeman created a bear from her son’s Marine Corps uniform, she felt herself healing, according to Little Things.com. She was pleased with her completed teddy bear and knew it would help her feel her son’s presence through the years. Freeman thought this was the end of her story.

But the story was far from over. Many military families with similar experiences heard her story and reached out to her, requesting that she make bears of out their loved ones’ clothing. As it turned out, there was plenty more sewing for Freeman to do. One by one, the uniforms began to arrive, and she lovingly made bears out of each of them. 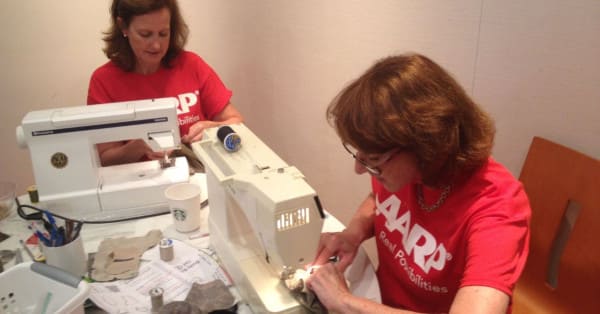 Freeman eventually started “Matthew Bears,” believing that the same way her first teddy bear helped her through the loss of her son, the idea would prove healing for the youngest members of other families affected by the death of military personnel. It’s also been a somewhat therapeutic experience for Freeman.

She says that whenever she sews a bear out of another fallen service member’s combat uniform, she feels her son’s presence and approval.

Lisa Freeman experienced every mother’s worst fear when her son died. In the wake of her tragedy, she searched for a way to honor his memory and the love he had for his country. Through the creation of teddy bears that bring comfort to military children, she found gratification and a way to honor the memory of her beloved son. 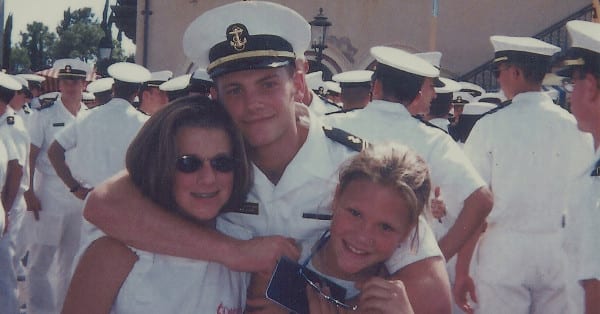 You can honor the memory of fallen soldiers too.

Sign this petition in support of legislation that would prohibit protesting at funerals and help grieving families mourn peacefully.