Pulling over a vehicle is always a risk for police officers because they never know what to expect. When one Texas deputy was attacked by the man he was attempting to stop, a Marine veteran happened to be nearby and saved the deputy’s life. 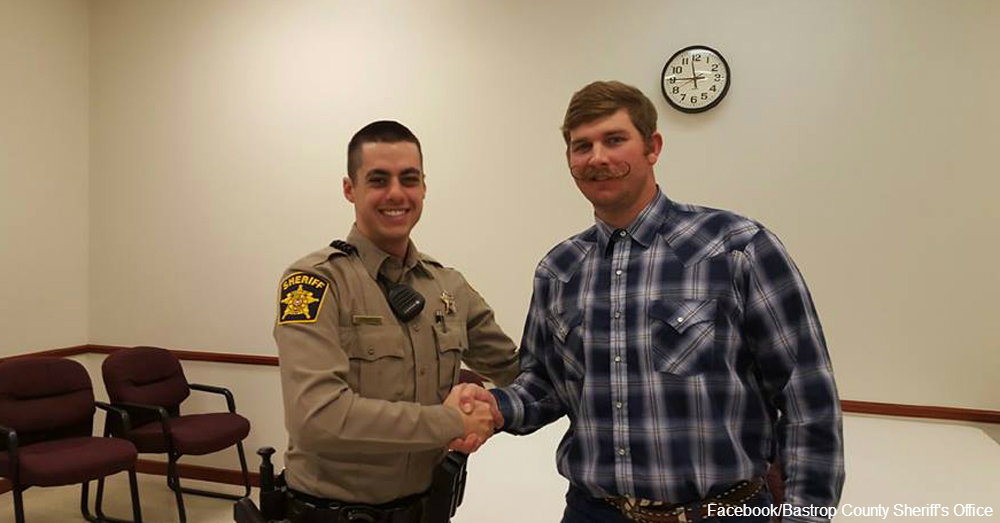 Dylan Dorris, a Bastrop County deputy, received a call about a man driving dangerously with a young child in the car. He quickly located the vehicle and attempted to pull it over but the driver fled. Eventually, the driver did respond and pulled over in a gas station parking lot, which is when things really started going wrong.

The driver, Kenton Desean Fryer, was intoxicated and belligerent. When Dorris attempted to arrest him, Fryer tackled him and began to hit him. The two were struggling with each other when Fryer attempted to grab the young deputy’s gun. 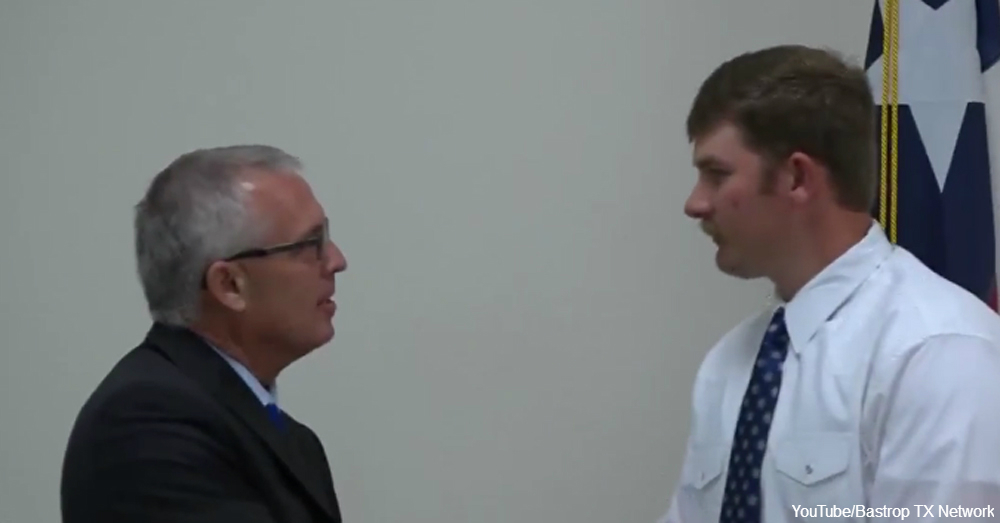 That’s when Scott Perkins and his wife, Amanda, intervened. Perkins has a concealed carry permit and had a gun with him at the time. When he saw Fryer reach for Dorris’ gun, he realized things were about to become very dangerous. While his wife called 911 to report the situation, Perkins pointed his gun at Fryer and yelled at him to freeze. Fryer obeyed, and Dorris and other deputies who had arrived were able to take Fryer into custody.

Dorris credits Perkins with saving his life, and others agree. For his brave actions, he was given the Meritorious Conduct Award by Bastrop County Sheriff Terry Pickering. He also received a commendation from Marine Major Jeff Broaddus, who knew Perkins from his time in the Marines. Another commendation went to his wife, Amanda, for her calmness during the 911 call and for helping Fryer’s passengers to safety.

As for Scott Perkins? He doesn’t think he did anything particularly heroic. Instead, he says he was just doing his duty.While Scott Perkins may not think he’s a hero, his courageous act saved the life of Deputy Dorris and set an example for others to follow. Help make sure veterans like him get the care they need by signing this petition in support of Senator Patty Murray.