Twenty-two veterans commit suicide each day. That’s a number that former Air Force service members Peter and Kelly Guidry find unacceptable. The Guidrys also happen to be husband and wife. The couple decided to find a way to bring attention to the needs of suicidal vets by journeying across the United States — on recumbent trikes… 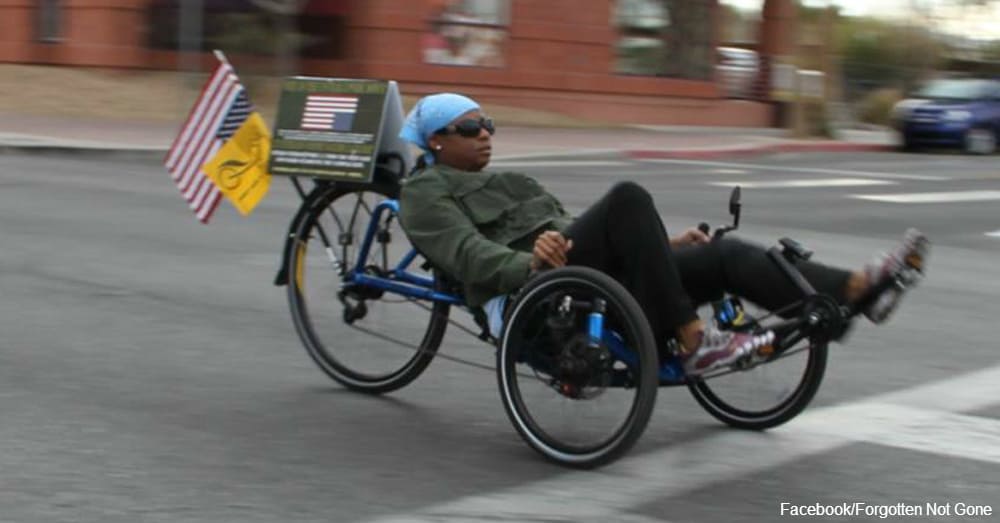 Via Forgotten Not Gone

Peter and Kelly each flirted with the idea of suicide after they were discharged, getting through with the help of the Department of Veterans Affairs. However, they knew other vets might not get the same help. Peter found that riding a recumbent trike as part of his healing process helped him deal with the thoughts of suicide, and that sparked a much grander idea. 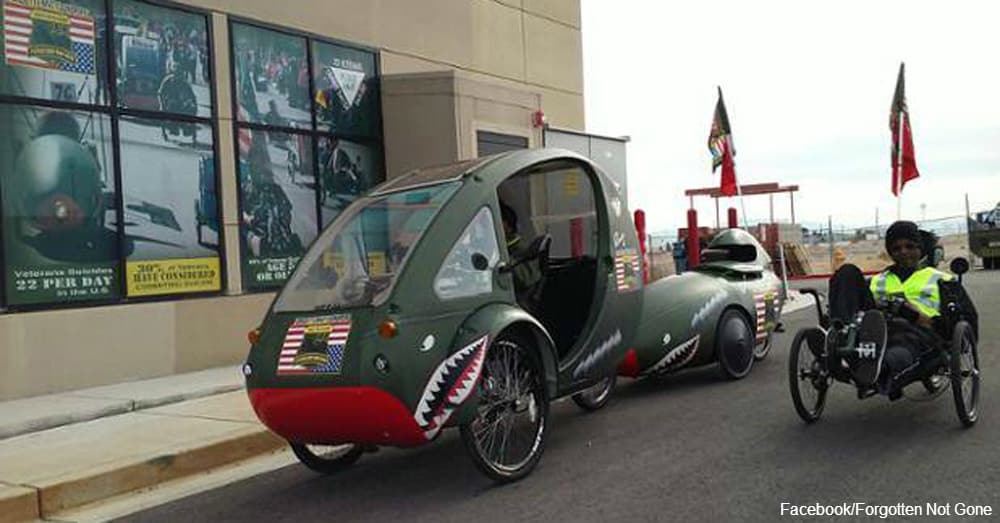 Via Forgotten Not Gone

The Guidrys began to build recumbent trikes for other veterans, hoping the combination of exercise and fun would provide useful therapy for vets with a lot of emotional healing to do. The bikes, which are made out of repurposed materials, are painted in military shades of green and some include small trailers to help vets run errands. Injured vets in particular find the recumbent trikes easy to ride because they don’t put pressure on their damaged legs.

The Guidrys and a posse of other veterans took their triking to a new level in January 2016 when they set off on a cross-country trip to Washington, D.C., which they hope to reach by Nov. 11, Veterans Day. The 2,222-mile trip is intended to call attention to those 22 veterans a day who commit suicide. Their goal is to lower that number. 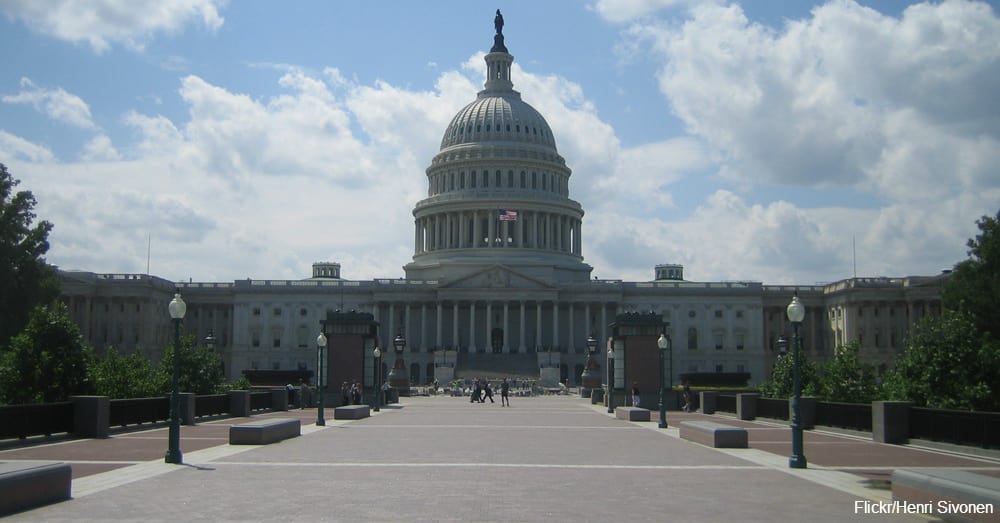 The Guidrys and their organization, Forgotten Not Gone, aren’t the only ones to take to the streets with the goal of preventing veteran suicides. In Palo Alto, California, more than 200 vets took off on a grueling, week-long, 516-mile ride through the Santa Cruz mountains to raise awareness. The ride, which began with a few veterans in 2008, is sponsored by Ride 2 Recovery, which sponsors similar week-long and single-day rides throughout the United States and Europe.Raising awareness is a great first step, but the problem of veteran suicide needs more than just awareness.

Take action and sign a petition to the Department Of Defense, demanding for more PTSD treatment for suicidal vets.

Your signature can make a difference.