Veteran Justin Anderson lost a leg due to injuries he suffered in the Iraq War, and then also endured a scary bout with brain cancer. He doesn’t understand why that should keep him from helping others, however. He may be confined to a wheelchair but, as he sees it, that just makes it easier for him to clear snow from the sidewalks in his hometown of Omaha, Nebraska.Anderson says his community has given him a lot. His wheelchair, for instance, came to him courtesy of the Independence Fund. 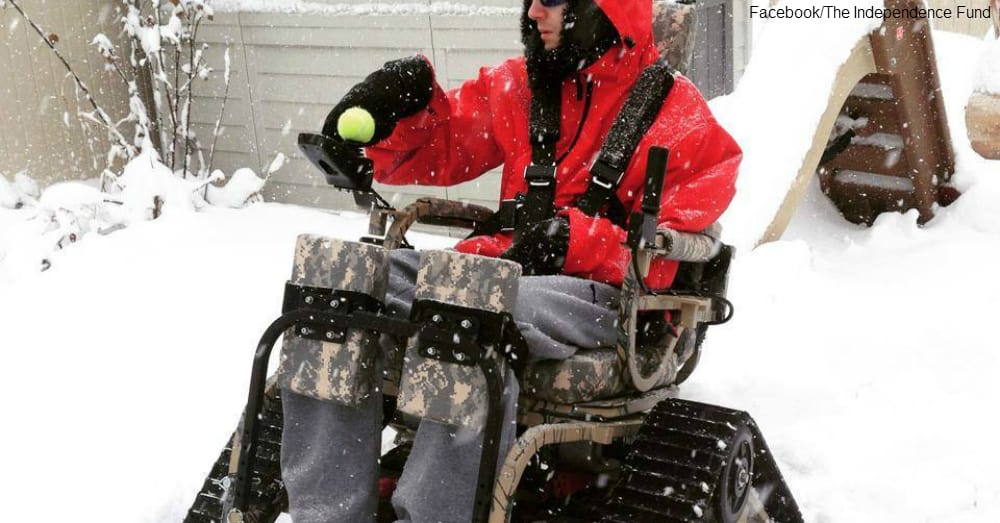 Via The Independence Fund

It seemed only natural to want to give back to the community that had already helped him so much. This inspired Anderson to put the skills acquired from his day job working on motorcycles to even better use — adding a snow plow to his wheelchair.

Once he finished outfitting his chair, Anderson quickly got to work when heavy snows hit, clearing paths to help kids get to school. He worked on the sidewalks, tooling around town for up to four hours at a time clearing paths for his neighbors. His wheelchair’s ability to tilt made it easy for Anderson to adjust his angle on the fly and proved exceptionally helpful for clearing the snow.

Much to Anderson’s surprise, when one of his neighbors took a video of him hard at work, it soon went viral. He didn’t think he was doing anything that special. Others all over the country felt differently. Anderson is glad for the attention though, as it helps him make the point that veterans with mobility difficulties like his can do plenty of things to help their communities. He’s working on new modifications to his wheelchair and has no intention of stopping his good work. Anderson isn’t the only vet who’s turning his military training toward helping his community. Check out the way the veterans of Team Rubicon sprang into action to clear roads and repair homes after the recent storms in Texas and Mississippi. 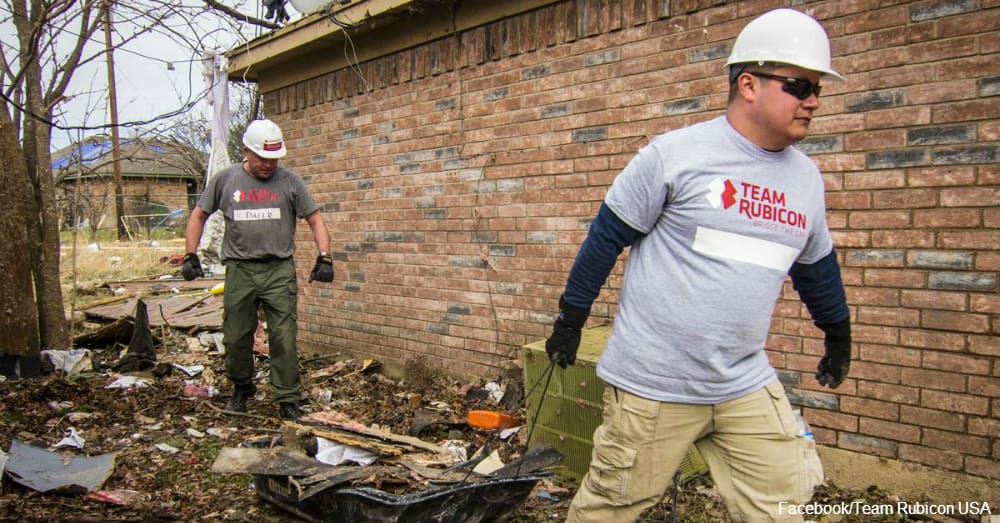