After breaking his back in an accident about a year and a half ago, 64-year-old U.S. Army veteran Mike Hicks became paralyzed from the waist down. When he and his wife visited a beach in Oahu, Hawaii, he wasn’t able to dip his toes in the water due to his disability. His wife, Ann, went over to a lifeguard nearby asking if he could help. The lifeguard, 45-year-old Hizson Keali’i, agreed to help but then decided he’d go a step further and give Hicks the experience of a lifetime. 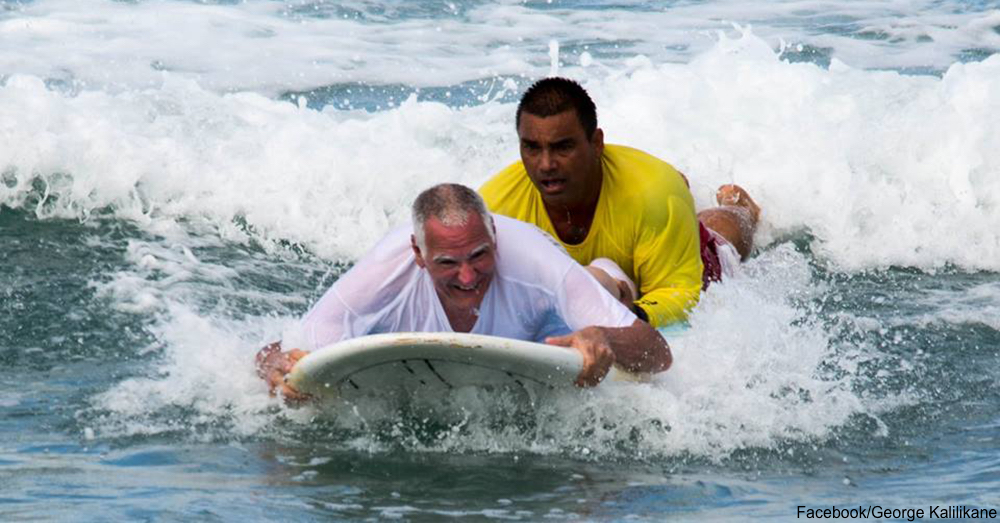 Keali’i told the Huffington Post that what touched him most about the request was the realization that some people dream of doing something he’s able to do everyday. He had the couple meet him the next morning, and he brought a beach wheelchair. He took Hicks down to the water, and just a bit of wading had the veteran grinning ear to ear. It was the first time he had been in the ocean since the accident. 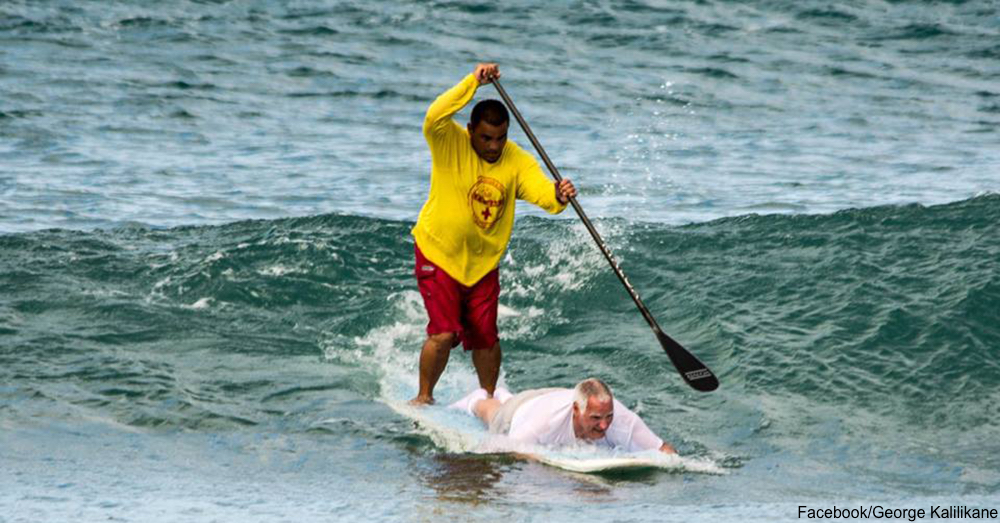 The second time around, Keali’i brought a standup paddleboard along with him, because it was time for Hicks to go surfing. The lifeguard carried Hicks into the ocean and helped him get on the paddleboard, and then he guided Hicks onto some waves. According to Gladwire, Keali’i’s friend, George Kalilikane, stood on the beach and took pictures. Each shot shows how excited Hicks is just to be out on the water. 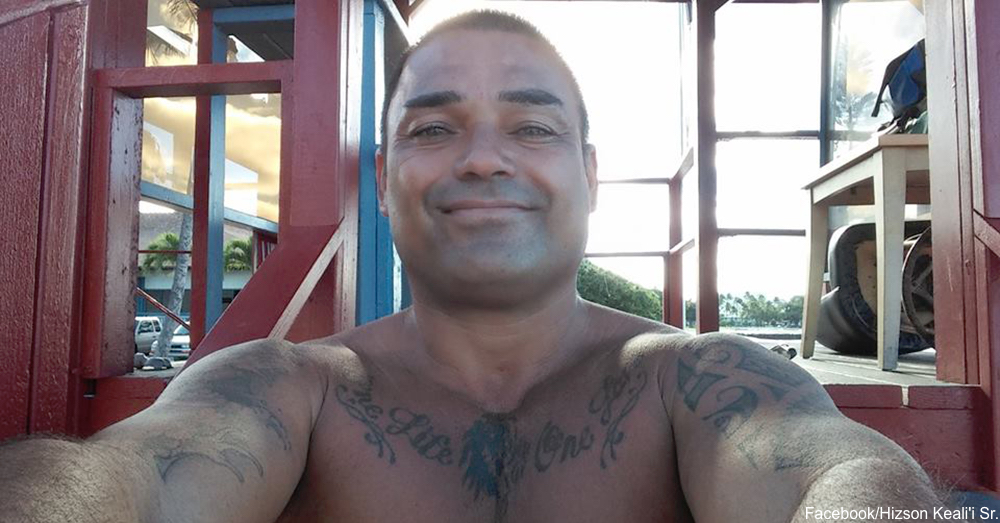 While Kalilikane was taking pictures, Hicks’ wife talked to him about what happened to her husband. She also mentioned how badly her husband wanted to surf and that it was on his bucket list. Thanks to Keali’i, Hicks got to cross that item off the list.

Through his kind, selfless actions, Keali’i was able to help Hicks accomplish one of his dreams. Unfortunately, something as basic as having a roof over your head, which most of us take for granted, is a dream for many other, less fortunate veterans out there. To help those homeless veterans, give a gift that gives more.