A Wisconsin man and his family received a touching gift when Purple Hearts Reunited returned his brother’s Purple Heart to him after it had been missing for over six decades.

The Purple Heart was presented to the family of Harry J. Rudy, a private in the Army’s 337th Infantry Regiment, 85th Infantry Division, who was killed in Italy in September 1944 at age 24. Roger Rudy, who received the missing medal on behalf of his brother’s family, was a baby in diapers when his brother Harry enlisted in the Army during World War II. He does not remember his brother, but he keeps his memory alive, holding on to the only items of his brother’s that remain – a rosary, a cigarette case, and now, a Purple Heart. 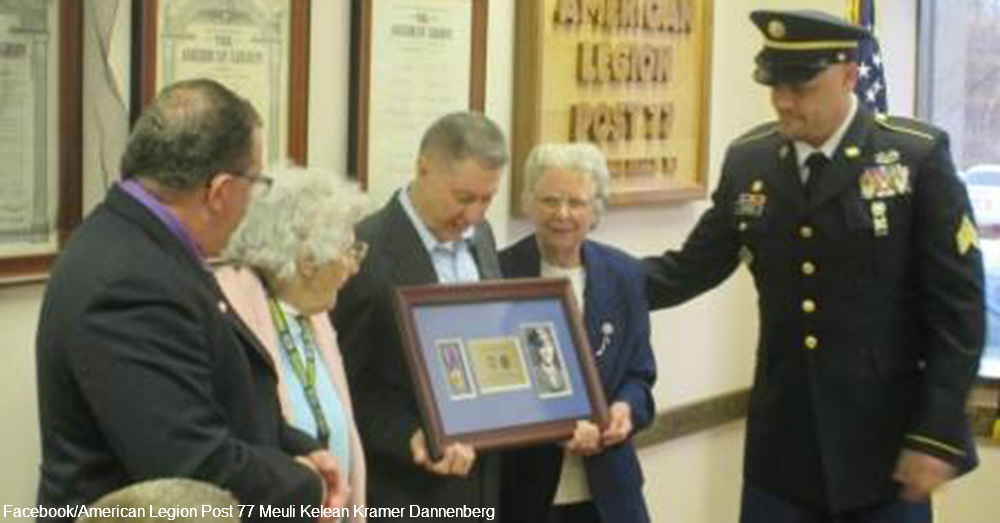 Harry Rudy was one of five Rudy siblings who served in the military during the war; he is the only one who was killed in action. The Purple Heart is not Rudy’s sole award; he also received the World War II Victory medal, the American Campaign medal and the Combat Infantryman badge for his service.

The Purple Heart’s return was made possible by the efforts of nonprofit organization, Purple Hearts Reunited, whose organizers found the medal on an online military collector’s site. In the three years since its founding, the organization and its founder, Zachariah Fike, who is also a recipient of the Purple Heart, have rescued around 7,500 Purple Hearts, returning over 200 of them to their rightful owners or their families. 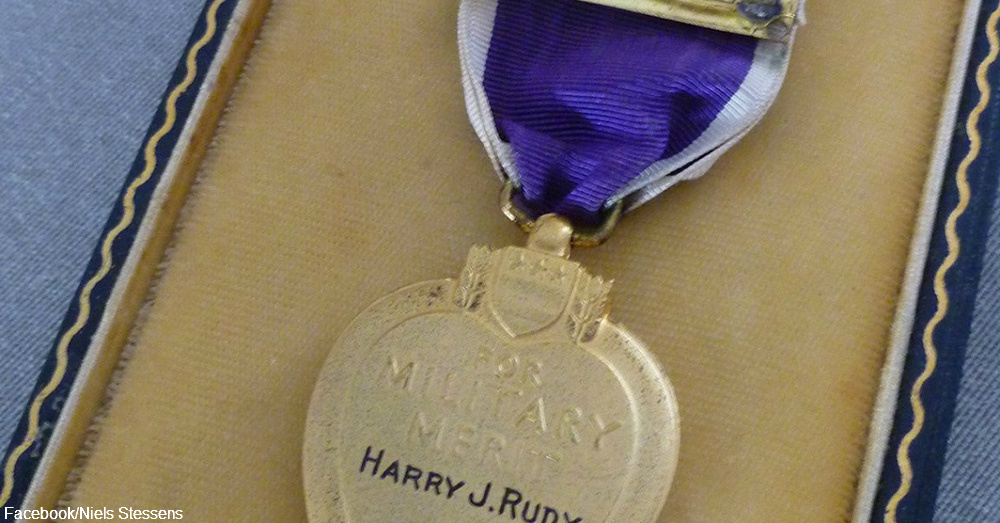 The Purple Heart has its origins in the American Revolution when George Washington created the Badge of Military Merit, an honor essentially forgotten until 1932, when General John Pershing suggested reviving it. The new iteration, established on the bicentennial of Washington’s birth, was dubbed the Purple Heart. It is eclipsed in prestige only by the Bronze Star. Read about a vet who was posthumously awarded the Bronze Star for his World War II efforts.