Lt. Col. Miguel Encinias lived an extraordinary life as a veteran of three American wars. He also paid a high price for his service when he was a prisoner of war for a total of 15 months during World War II. The Air Force pilot flew more than 100 missions during the Korean War in the cockpit of an F-86 Sabre. Despite all of these wartime achievements, Encinias’ greatest service to the public happened after the completion of his 33 years of military service. 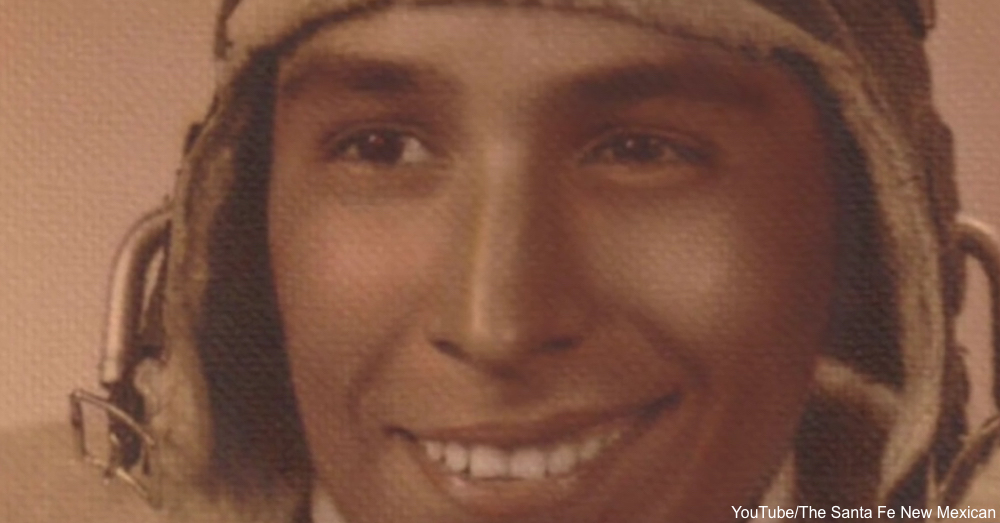 The youngest of 16 children, Encinias enlisted in the New Mexico National Guard in 1939 at the age of 16. Soon after the Japanese bombing of Pearl Harbor in 1941, he applied to the Army’s air cadet academy. His plane was shot down over Italy in 1944, and he spent 15 months as a captive in Barth, Germany. He and his fellow prisoners were extremely resourceful and built a radio, and Encinias joked that they learned about the invasion of Normandy before the German soldiers guarding them.

In Korea, the Sabre pilot’s plane was shot down behind enemy lines. This time, a helicopter crew rescued him before enemy forces captured him. During the Vietnam War, the decorated pilot served as an advisor in the Air Force and taught Vietnamese soldiers how to fly combat planes. 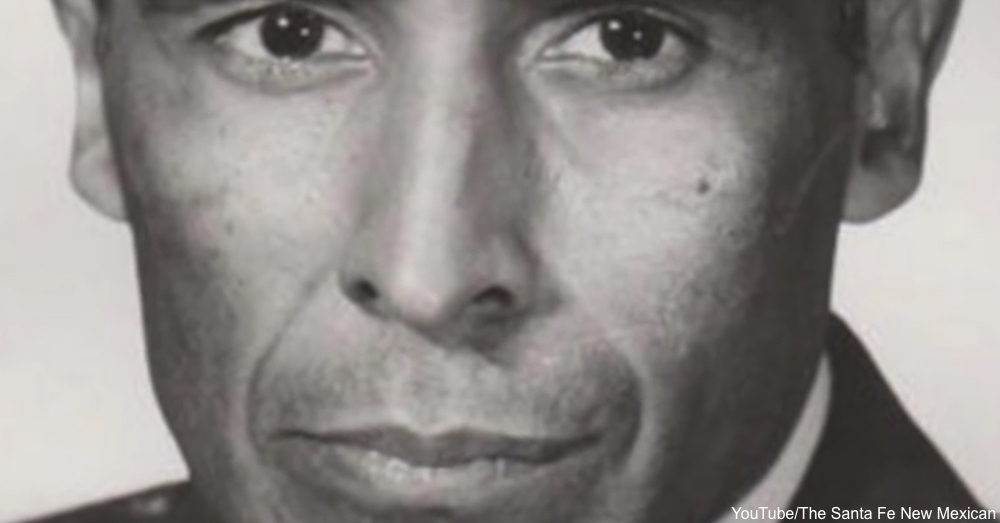 In total, Encinias flew 245 combat missions in 33 years before retiring in 1971. The legend was awarded three Distinguished Flying Cross honors, 14 Air Medals and two Purple Hearts. His service to America continued after his time in the military.

Between World War II and the Korean War, Encinias found time to earn a bachelor’s degree in political science from Georgetown University and then a master’s degree from the Institute of Political Studies in Paris. Following retirement, the war hero earned a double Ph.D. in Spanish literature and education from the University of New Mexico.

Encinias spent the rest of his professional life teaching Hispanic literature at Western New Mexico University and the now-defunct University of Albuquerque. During the 1980s, Encinias helped train bilingual teachers in Albuquerque Public Schools. This training helped establish better teaching curricula for kids all over the city.

In 1993, President Bill Clinton asked Encinias to take a position on the advisory board for the National World War II Memorial. When the site was dedicated on a rainy day in the nation’s capital, Encinias was there to speak. Gen. John Shalikashvili, then-chairman of the Joint Chiefs of Staff, introduced the retired lieutenant colonel to light applause. Clinton was the first person to rise in a standing ovation for the hero as he took the podium.

Encinias didn’t talk about his war experiences very much in front of his children, but the time he spent as a prisoner of war took a toll on the tough man. The pilot witnessed atrocities as Russian soldiers took advantage of German women as the Russians liberated the eastern half of Germany. Despite seeing the horrors of war, Encinias kept going and fought in two more campaigns.

His children remember him as someone who led two lives. He was a tough soldier who always came back from missions in the Air Force. After his military service, he became devoted father who Juan Pablo Encinias, one of the hero’s sons, called “the most compassionate and giving person I’ve ever met.” 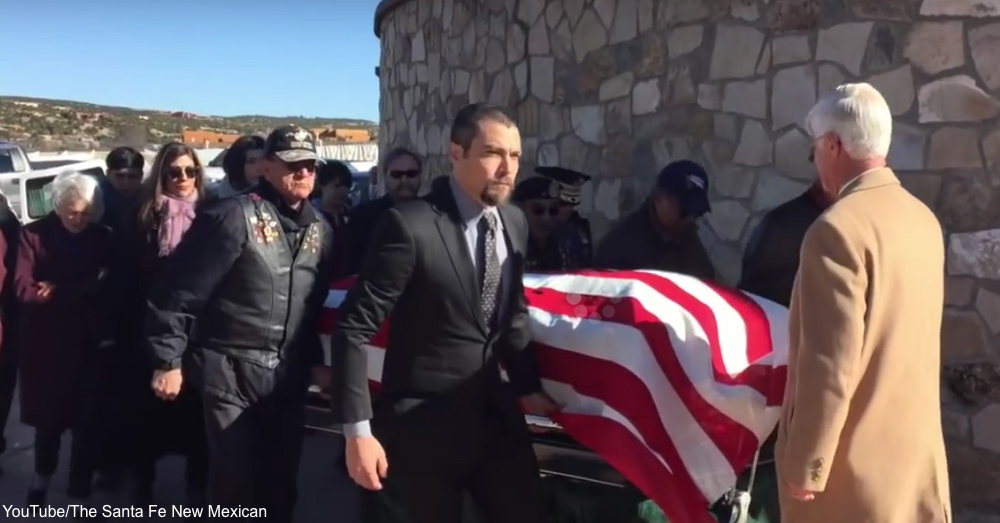 Even in death, Encinias knew how to handle himself. As the Air Force bugler played taps on a cold, windy day, the stiff breeze stopped just long enough to hear the mournful notes of the solo trumpet. The legendary pilot was 92 when he passed away quietly in his sleep in February 2016.The example of Miguel Encinias shows that Americans don’t have to serve in the military to be patriotic. Sometimes, helping others in need epitomizes American ideals of giving to others above self. In homage to courageous Americans everywhere, here’s Willie Nelson’s version of “America the Beautiful.”