Sometimes a wedding is the last thing on the minds of veterans as they go from duty station to duty station, but one wedding venue near Tampa Bay hopes to change that. Old McMicky’s Farm in Odessa, Florida, hosts regular nuptials for veterans through the Mission I Do program. Thanks to the kindness of local companies, coupled with fantastic media attention, the idea of a dream wedding for warriors has taken off. 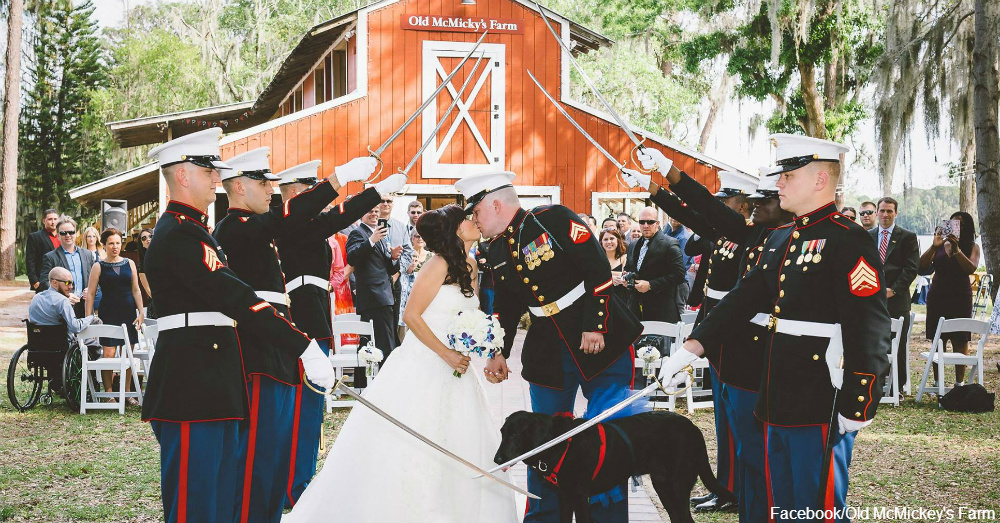 Old McMicky’s Farm has a regular contest featuring dozens of couples from the Tampa Bay area who register to win. The public votes for one of four finalists to determine who receives a $30,000 dream wedding package. The farm sees the contest as a way to say thank you to those who put their lives on the line every day. 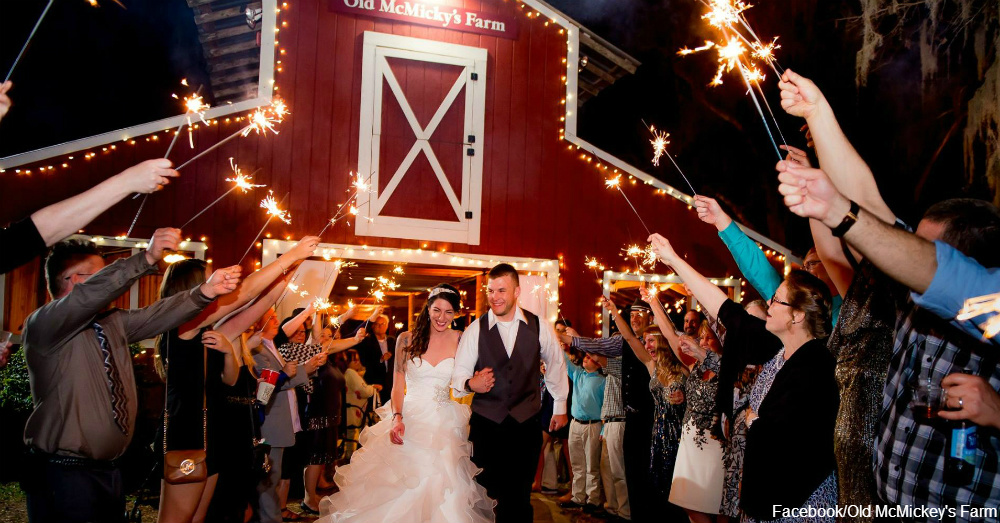 Marine veteran Timothy Read married the love of his life, Anh Duu, in April 2016 after winning the Mission I Do vote in November 2015. The brave Marine was shot in the leg during his second tour of duty in Afghanistan in 2010. Instead of seeking medical treatment, he stayed with his company and returned to combat duty. Later that year, Read lost the same leg after he stepped on an IED.

The farm, and Read’s fellow Marines, went all-out for his wedding. Read’s fellow wounded Marines, all in dress blues and carrying swords, served as groomsmen. Read’s retired K9 officer was the ring bearer during a ceremony alongside the beautiful 40-acre lake.

In February 2016, Army soldier Christopher St. Onge married a very special lady thanks to Mission I Do. His bride-to-be, Samantha Dilberian, has a brother who served in St. Onge’s unit. After an IED took both of her brother’s legs, St. Onge stood by his comrade through painful rehab as he learned how to walk on prosthetic legs. Dilberian said that her hero was a rock of strength during some of her most trying times, and the two fell in love.

St. Onge, a Bronze Star recipient, said he felt confident he and his love would win the contest for the wedding. Dilberian said the wedding alleviated a huge amount of stress in her mind as the couple tried to plan a wedding. St. Onge’s wounded brother in arms and soon-to-be brother in-law was the best man at the couple’s wedding. 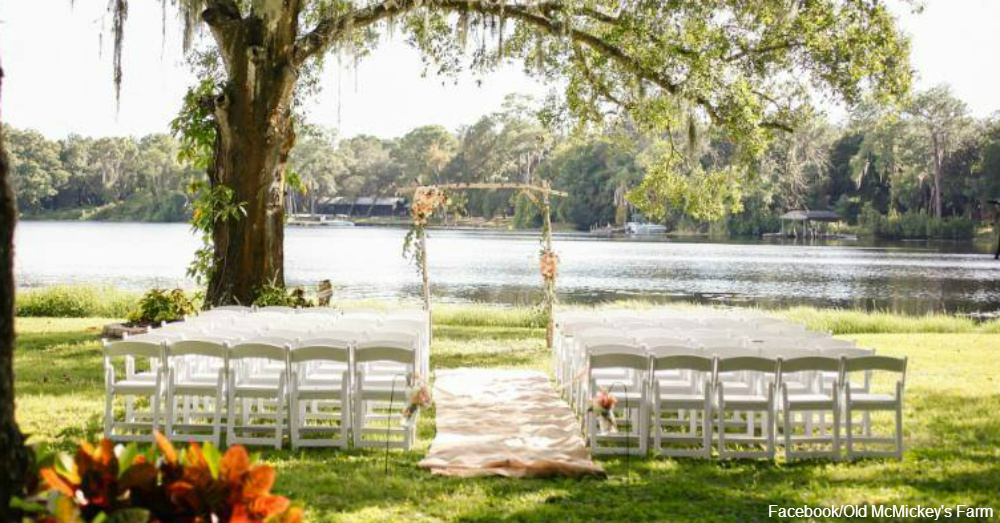 Old McMicky’s Farm goes all out for veterans. The venue includes a wedding planner, a reception area in a vintage barn, professional photographers and catering for up to 100 guests. Couples can stay overnight in a cabin right on the lake. The farm has beautiful scenery, and couples can have photos taken on a vintage tractor, underneath huge willow trees or next to the scenic lake. The farm sees Mission I Do as a way to say thank you and ensure military families have a chance to start a family after leaving the service. It’s the least the wedding venue can do to honor America’s warriors for sacrificing so much.

Starting a family is an important step for veterans once they return to the home front and start their civilian lives after service. Help our veterans realize their dreams by signing this petition.