Bomb-sniffing dogs have saved countless lives in Iraq and Afghanistan. One heroic canine, a German Shepherd named Lucca, was honored for her service with the PDSA Dickin Medal.

Lucca successfully completed over 400 missions during her six years of service, detecting munitions caches and roadside bombs during her deployments in Iraq and Afghanistan with her handler. She worked fearlessly, with remarkable energy and drive for searching out these hidden dangers. 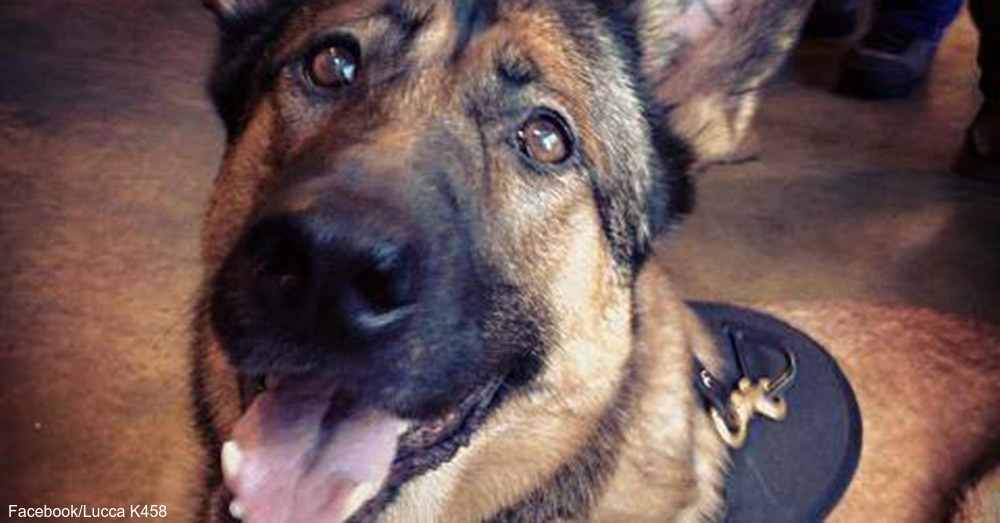 Unfortunately, on her final mission in 2012, Lucca was seriously injured. After alerting her handler to the presence of one IED, she went off in search of others and stepped on a pressure plate bomb. Quick action by her handler and medics saved her life, but she lost one of her legs and suffered severe burns across her chest, forcing her to retire. Even such severe injuries did not keep her down for long, however, and she was walking again within ten days of the blast. 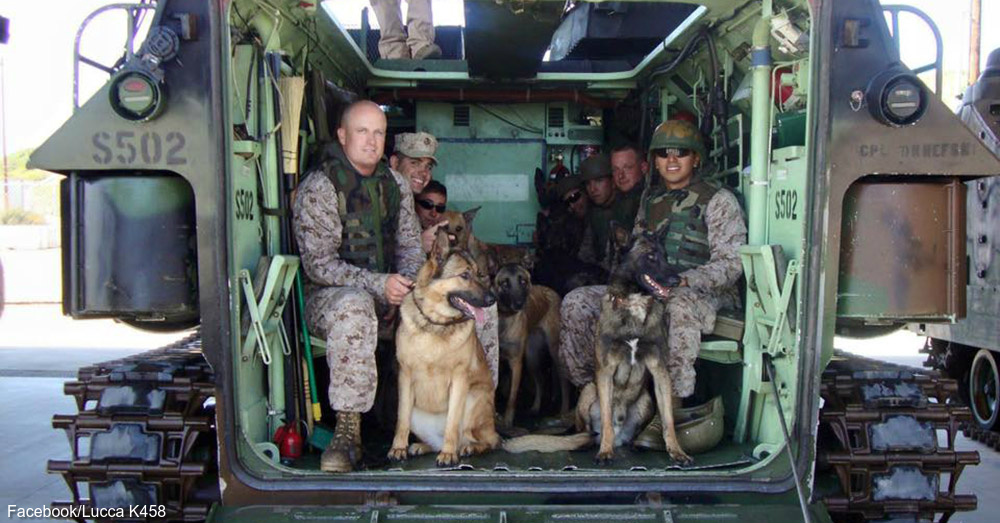 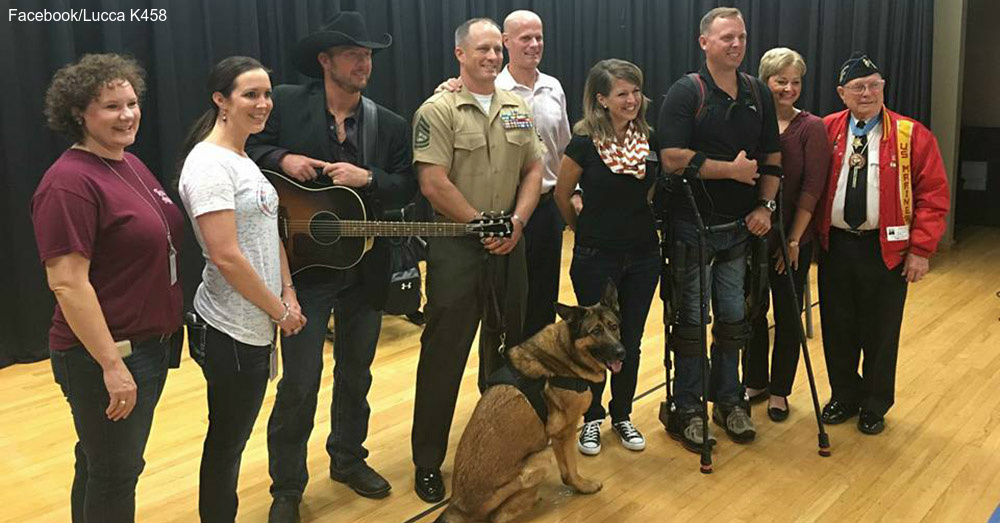 In April 2016 at the age of 12, Lucca became the first Marine dog to receive this award. After her retirement, she went to California to live with her first handler, Gunnery Sergeant Christopher Willingham, and his family.

Military dogs like Lucca are continually serving on the front lines to help save human lives. Service dogs continue to save the lives of veterans after the war, too, but many people in need are unable to get one. Click here to sign a petition urging the VA to start supporting service dogs for veterans with PTSD.