Veterans Sound Off — What Are The Military’s Least Favorite Meals?

[Eds: List includes edited vulgarity and may be offensive to some readers.]

It’s no surprise that military personnel on the go often don’t have the time, nor the resources, to prepare a home-cooked meal. Enter the Meal, Ready to Eat, or MRE, which has been the source of nourishment for service members in the field since 1981. While MREs are super-portable and low on maintenance, not all of these ready-to-eat meals are conducive to happy – or even healthy – eating. Here are some of those MRE dishes that military members would prefer to do without. 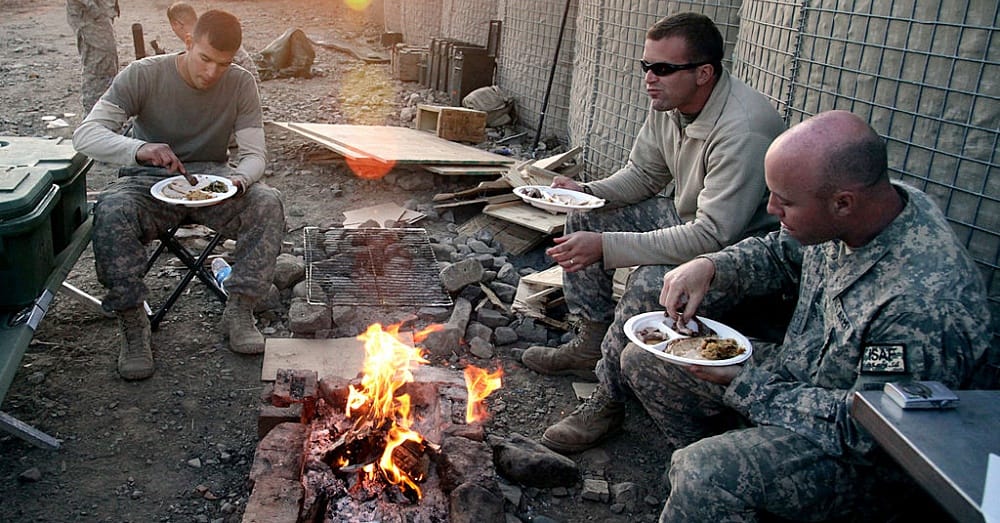 Beef frankfurters – or better known to some as the “Five Fingers of Death” – have been described as not only disgusting but deadly. Reddit user Kodiak_Marmoset rejoiced that this particular MRE is no more: “Thank GOD that s—‘s been gone a while.” 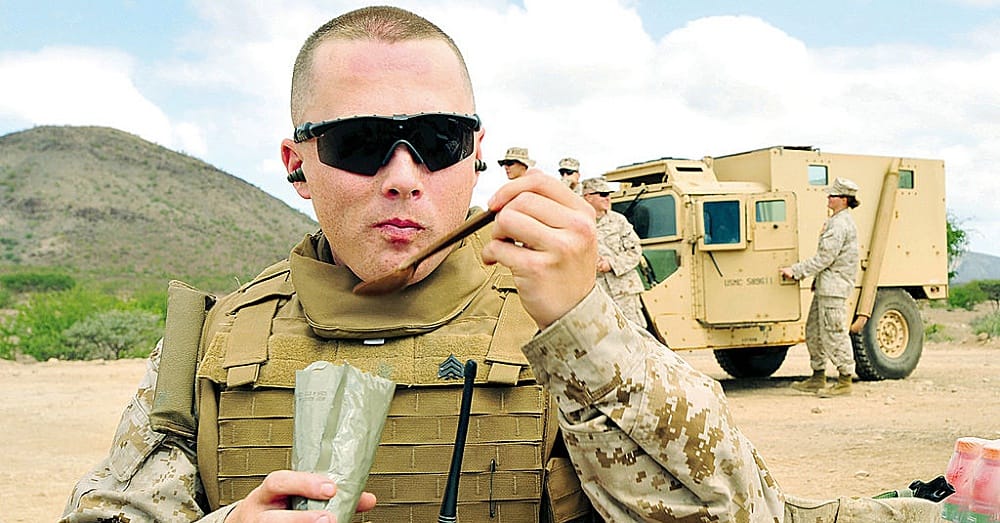 Country Captain Chicken may be universally hated. In fact, Reddit user lanismycousin considered it “by far the worst excuse for food the world has ever made.” 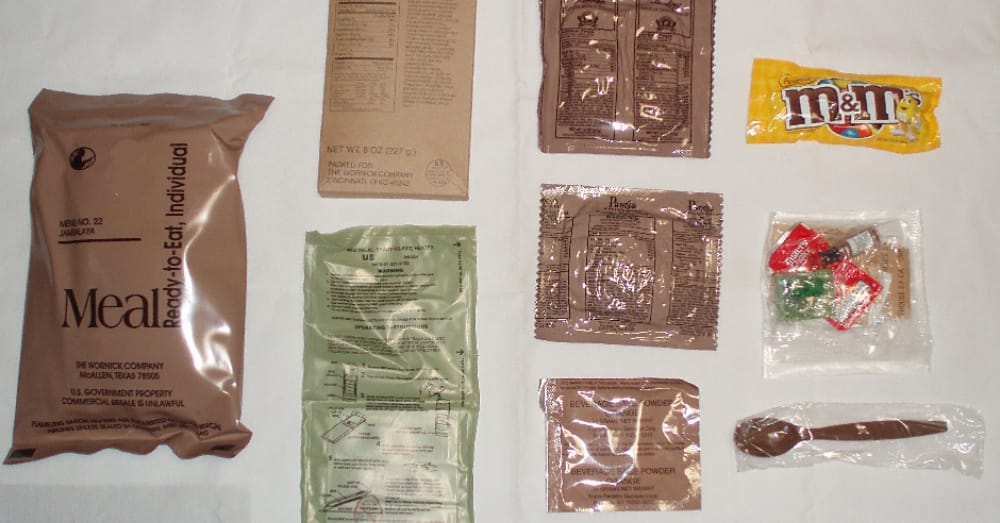 Although the beef brisket has received a nod toward edibility from some service members, other Reddit users were quick to refute such a notion. Redditor Amphabian said the brisket “becomes a smooshing mash of disgustingness after heated.” 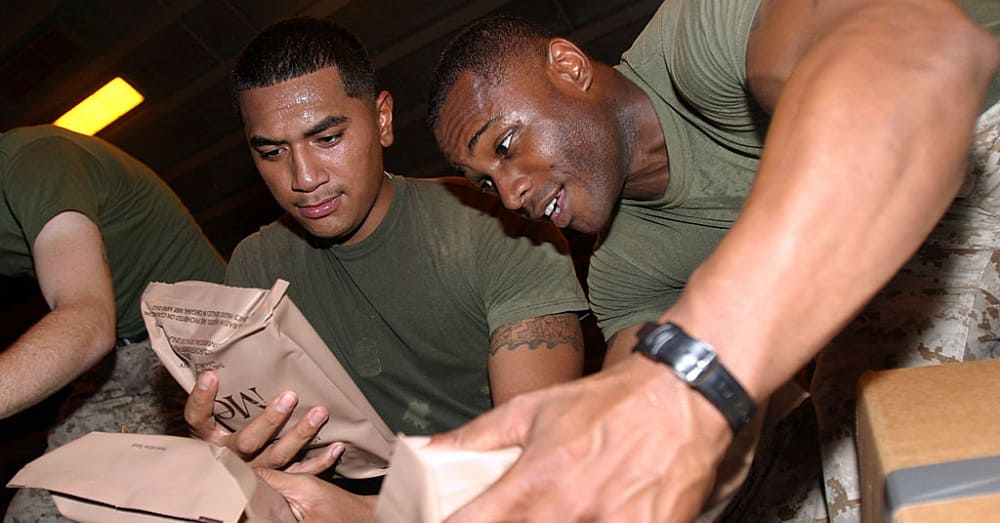 Buffalo chicken as an MRE doesn’t taste awful, but it may have some lasting effects. Here’s a succinct explanation of these effects from Reddit user tomtomx2: “It’s lava diarrhea, man.” 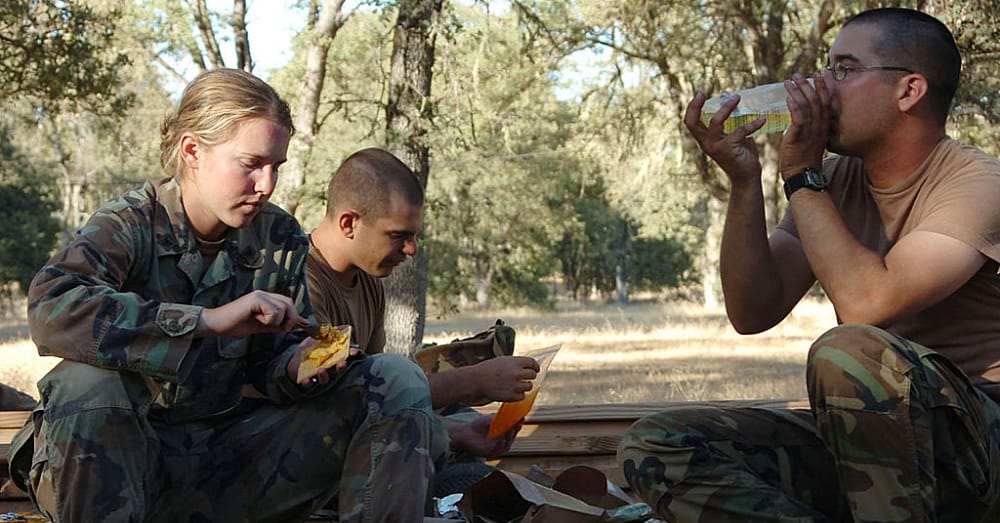 There must be something about chicken MREs, as Thai chicken is another meal military members don’t particularly enjoy. Reddit user SEB2502 declared this MRE a “crime against humanity.” 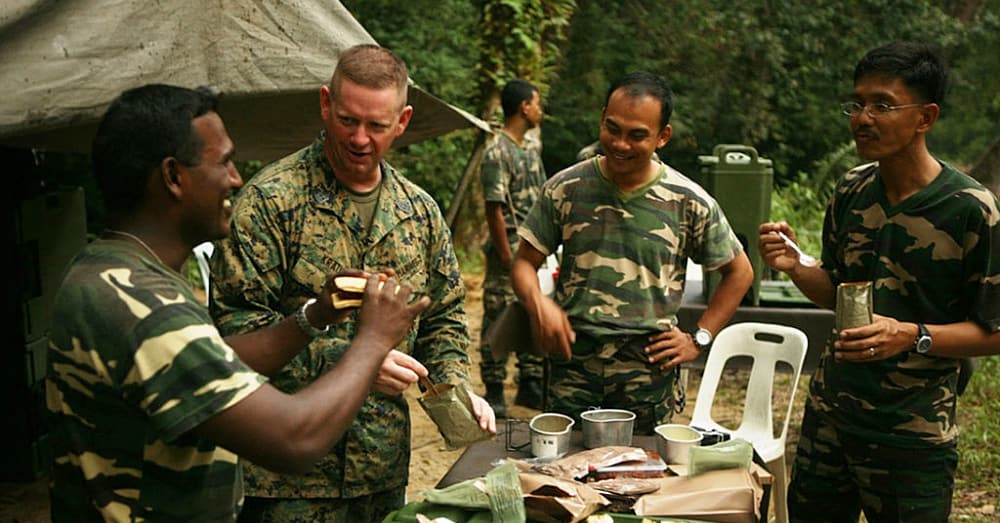 The pork patty MRE isn’t just disgusting; according to Reddit user Smedlybutter, it’s “pretty f—— bad.” The pork patty is just one of the many unpopular pork-based MREs; the ham slice was also notorious among service members. 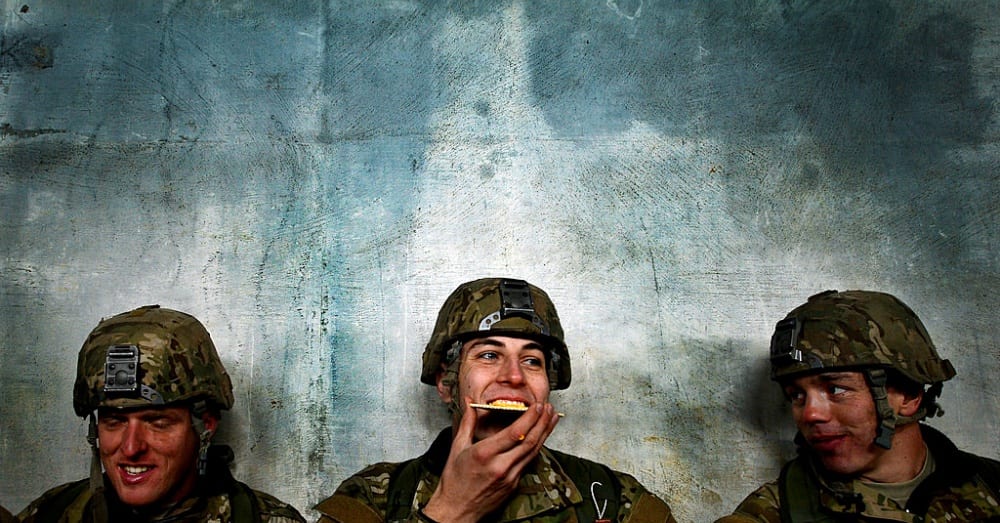 Even soups are not safe. Reddit user manticorehaze weighed in on one broth-based dish, stating, “I find that the canadian [sic] cold clam chowder is quite disgusting.” 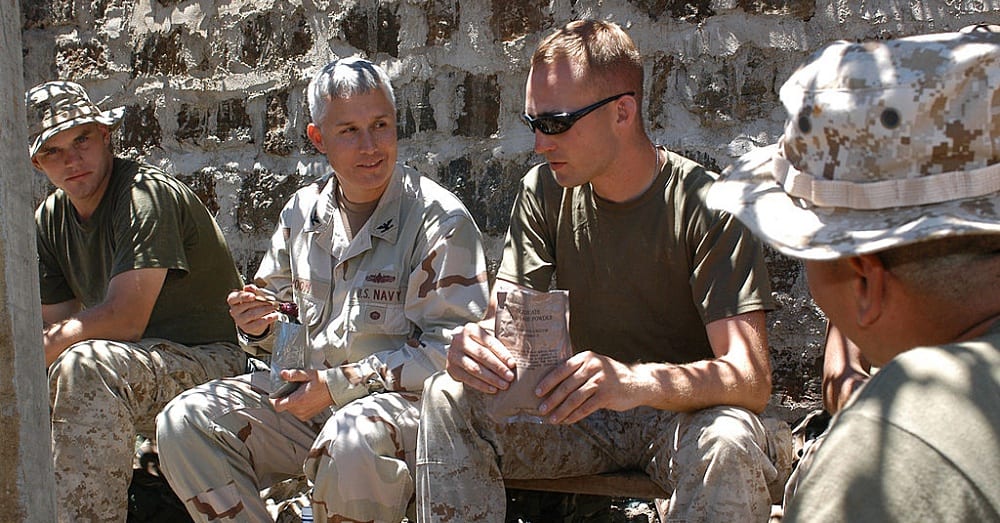 The veggie omelet is infamously loathed by many a veteran, and has acquired such colorful names as “dog vomit” and “bag of yellow puke.” Probably the biggest reason why military members hate this dish is because of what the omelet does to those who dare eat it. One Reddit user related a platoon mate’s experience with this MRE: “The Veggie Omelet was destroying his insides. Don’t remember if they just gave him Epicac or if they had to pump it out.” Another user, HGWingless, stated that “It looks (and I’d fathom, tastes) the same coming out as it does going in. No amount of Tobasco [sic] sauce can fix that.”

Honorable mention — or shall we say dishonorable mention — goes to the chicken fajita and the jambalaya MREs. Although these may sound like edible — or even fantastic — meal options, many service members can attest they are not. Don’t be fooled.

Not all the food is bad! Click the next button below to learn about the Military’s favorite MREs.