With one final flying formation, the Kiowa Warriors became a part of U.S. military history. The last squadron of 32 OH-58 helicopter pilots — based in Fort Bragg, North Carolina — said farewell to a grateful city for nearly 50 years of support for the program. But this goodbye is not a tearful one as the 1st Squadron, 17th Cavalry Regiment prepares to take on more advanced flying machines. 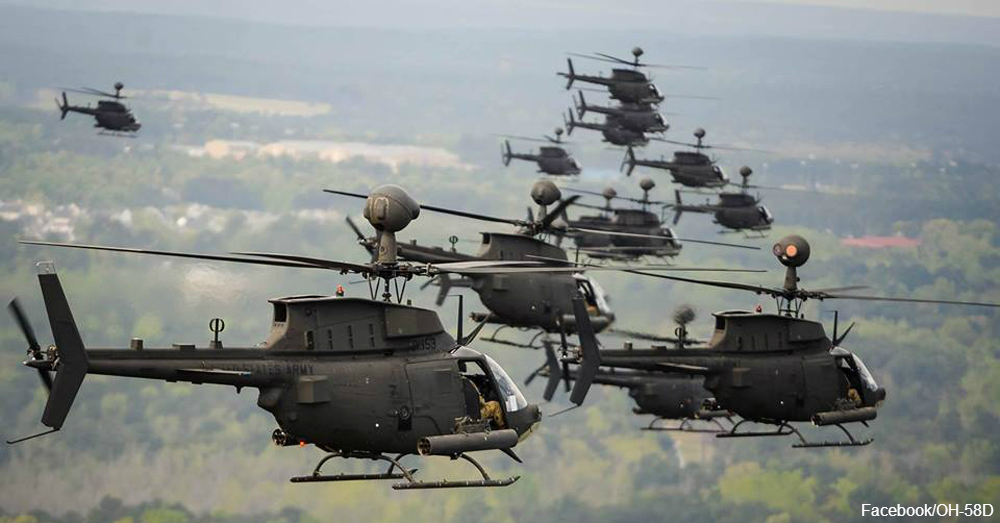 In the late morning of April 15, 2016, every Kiowa Warrior helicopter took off from Fort Bragg in formation and then flew over downtown Fayetteville, North Carolina, as a way to say “thank you” to the community. Squadron commander Lt. Col. Adam Frederick told a gathered crowd at the farewell ceremony that the final flight was a tribute to every “pilot, crew chief, maintainer, fueler, cook. Everybody,” including the 42 fallen members of the unit who died in action Iraq and Afghanistan.

The YouTube video below shows the moment the formation flew over a crowd of onlookers. At first, the gathering hears a small whirring sound in the distance. When the choppers fly overhead, the sound becomes a deafening roar of 32 rotors spinning at once. Military officials believe the 32-helicopter formation is a world record. The helicopter’s final active duty is in South Korea starting in the summer of 2016, and the final flight over Fort Bragg serves as a symbol of what the helicopter means to the area. The 400-person squadron should deploy for nine months, bringing an end to 50 years of the Kiowa Warrior. 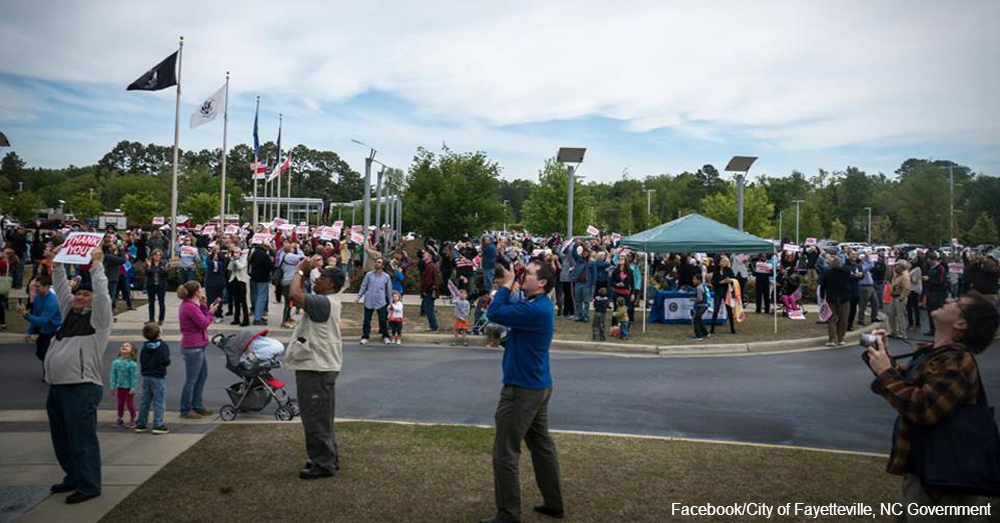 The Kiowa Warrior served as a protector of ground forces and a scout during the Vietnam War. The Army added weapons platforms in 1969 before creating a weapons pod beginning in 1987. The last Kiowa Warrior squadron left Afghanistan in late 2014, one year after the Department of Defense decided to phase out these workhorses of the Army.

Many pilots have logged thousands of hours in these machines, including Chief Warrant Officer 4 Michael Eckhardt. The soldier spent 23 years in the Army, with the last 15 flying Kiowa Warriors. Eckhardt flew in formation over Fayetteville as his final flight. The officer chose to retire rather than re-train himself on new helicopters for a more advanced mission.

Although the Kiowa Warriors are going away, either for spare parts, into museums or out to Arizona, the mission of the 1st Squadron, 17th Cavalry Regiment remains the same. That means protecting troops on the ground in the best way possible. 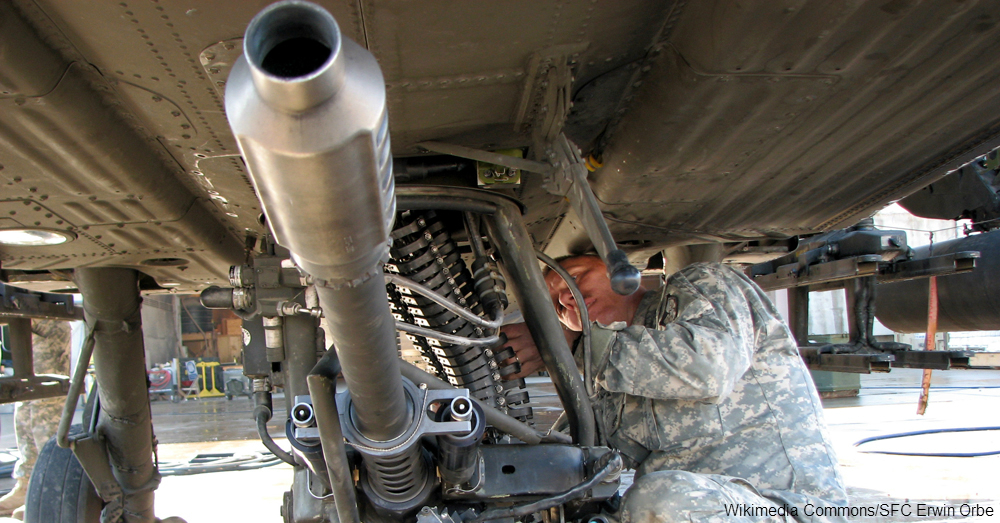 Once the squadron returns from Korea, personnel begin to re-train on new equipment. Instead of Kiowas, everyone starts to learn how to fly, maintain, refuel, repair and transport AH-64 Apaches and unmanned aerial vehicles. The idea is to make the 17th Cavalry a rapid reaction force capable of deploying anywhere in the world on a moment’s notice.

Apaches are more heavily armed than Kiowas, and they can launch attacks from further distances. These more advanced helicopters have thicker armor plating and are ideal for taking out tanks on the ground. The rapid reaction force also comes into play with how the unit handles the choppers on the ground.

Once soldiers off-load these helicopters from gigantic C-17 transport planes, they move swiftly to assemble each vital component. The Army does not say how fast a team can get a squadron of Apaches in the air to provide support, but teams get faster during every practice run. Precision is important because one minor mistake during assembly can lead to disaster in a combat situation, but highly trained inspectors oversee the assembly and run a series of tests before take-off. Kiowas simply weren’t a part of a rapid response team, so the Army switched gears to higher-tech hardware.

If the legacy of the Kiowa Warriors is any indication, the future of the rapid response force is in good hands. The lives of soldiers depend on the men and women of the 17th Cavalry, and the residents of Fayetteville appreciate the squadron no matter what hardware it flies.The Kiowa’s time in the Army is done after nearly 50 years. Take a look at a special place for the retired Kiowa Warrior — the National Museum of Army History.