What Inspired This NFL Player To Help Wounded Warriors?

Jared Allen is best known to NFL football fans as an amazing football player and a sports star who made the Pro Bowl defensive team five times. Military veterans know him as a caring individual who helps rebuild homes for wounded warriors. Through his Jared Allen Homes For Wounded Warriors Foundation (stylized as JAH4WW), Allen is on a mission to make home a comfortable place for vets with different physical needs.

Jared Allen is no stranger to the military lifestyle. His grandfather served as a U.S. Marine for 23 years, according to NFL.com. His uncles are Vietnam veterans and his younger brother is a Marine. While Jared does battle with opposing teams on the football field, he has a deep respect for the men and women who put their lives on the line in service to their country.

Off the field, Allen devotes some of his free time towards his foundation, which was started in 2009 after he returned from a USO trip. During his visits to U.S. military bases in the Middle East, he was touched by the personal sacrifices and commitment of the troops stationed overseas. Allen was inspired to do something for these men and women as a way of giving back, and thanking them for their dedication, as stated by Jared Allen Homes for Wounded Warriors.

The foundation’s mission is to build or remodel homes and make them handicap accessible for veterans in need.

The foundation’s upbeat logo, which cleverly incorporates the football player’s last name and jersey number, is a reflection of the positive spirit Allen and his team of volunteers bring to their mission. Allen believes that the veterans his foundation helps deserve a piece of the American dream, which includes a nice house that allows disabled vets to feel safe, comfortable, and accepted in civilian life. This is no small undertaking, because many wounded vets have unique physical challenges. 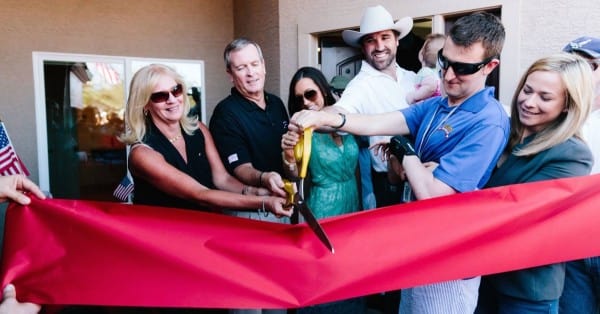 Veteran Colin Faust is one vet chosen to have his home remodeled by JAH4WW. Faust, who owns his home, served in Afghanistan as a Marine sergeant, but was sidelined by severe injuries sustained after he stepped on an explosive device. The explosion broke his pelvis and shattered his right leg, which was amputated above the knee. As a result of his injuries, Faust learned how to do things differently, and finds that even little tasks require adaptation to his physical limitations.

Thanks to Allen, the veteran’s home is getting a complete makeover from the ground up.

In March of 2015, Allen attended a private ceremony to hand over the keys to a new home built for veteran Cory Remsburg of Gilbert, Arizona.

Remsburg is the recipient of a home built as a joint project between Army Ranger Lead the Way Fund and Allen’s JAH4WW foundation. The Home Key Ceremony was a festive event that included a welcome speech, keynote speakers and a guided home tour. Renovations for the Remsburg home included custom kitchen and bathrooms, new doors and windows, wider hallways and therapeutic areas. 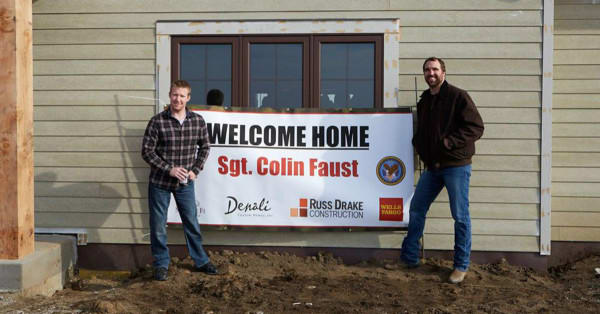 A home automation system gives Corey full access to all amenities from his wheelchair. Remsburg, who is partially paralyzed and blind in one eye, is a bit of a celebrity in his own right. As an active duty soldier, he has met President Obama on six different occasions, according to USA Today.

Colin Faust and Corey Remsburg are the type of men who serve as inspiration for Jared Allen and his team of dedicated home building volunteers. These vets are living in homes that give them greater independence thanks to Allen’s off-the-field efforts.