Military Dogs On A New Mission After Service Overseas

The men and women who defend our nation spend countless hours in war zones to maintain our freedom. Military dogs work alongside these soldiers to perform an honorable duty as well; unfortunately, when their service is over, retired dogs with impeccable skills are often left without a purpose. As local war zones remain filled with drugs such as methamphetamines, five retired military dogs are now working again on deployment in Nebraska, Tennessee, Texas, Indiana and Georgia. 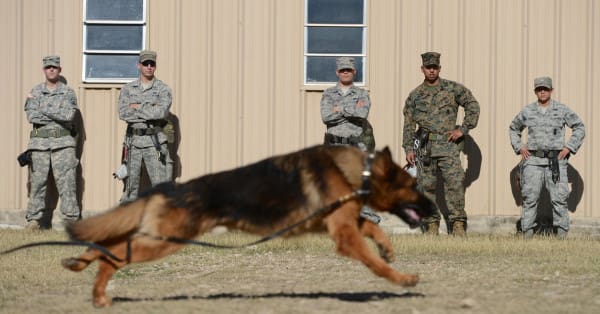 A $25,000 grant from St. Louis-owned Westport Pharmaceuticals has provided these five dogs with a job opportunity beyond their impending retirement from the military. “These dogs are ready to work,” says Mike Thomas, a sheriff’s officer in Harris County, Texas. On average, police dogs can cost departments from $10,000 to $15,000 each, which is often not a luxury local departments can afford. The dogs have a renewed mission, and local police have an invaluable resource they could not afford without the generous grant. The grant provides funding for training and the acquisition of the dogs.

The retired military dogs are tasked with putting their noses to the ground to get the drugs off our streets.

Even with a projected two years of work, Thomas said the trained dogs could save many lives and prevent pounds of heroin or kilos of cocaine from traveling from Houston to Chicago or New York. “The program is worth it if just one life is saved,” he said. Meth especially is the targeted drug for the grant-funded program. The drug is intensive for law enforcement to control, according to Paul Hemings, the U.S. general manager of Westport Pharmaceuticals. The creation of meth in homemade labs leaves citizens and law enforcement susceptible to dangerous environmental hazards. 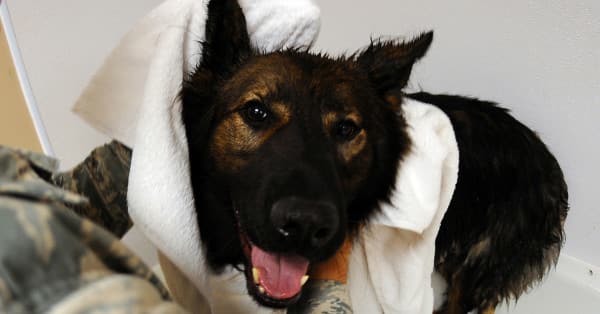 Via Offutt Air Force Base and Josh Plueger

The initiative may be new, but the use of military dogs has been a staple of our culture since the Revolutionary War, reports the Associated Press. Military dogs have been assigned to detect explosives and drugs, search for items and people and guard facilities within war zones. Unfortunately, their fate was solemn once returning from combat.

Many military dogs have been left behind or euthanized once their services were no longer needed, notes National Geographic.

President Bill Clinton signed a law into effect in 2000 that mandated the Department of Defense report the fate of military dogs once slated for retirement, as IJ Review describes. Since the law passed, many military dogs have been transferred to San Antonio’s Lackland Air Force Base or arranged for adoption. Other working dogs have been returned to training facilities, such as the AMK9 Academy in Alabama. Luckily, some retired military dogs have begun moonlighting as working dogs for security companies and law enforcement agencies. 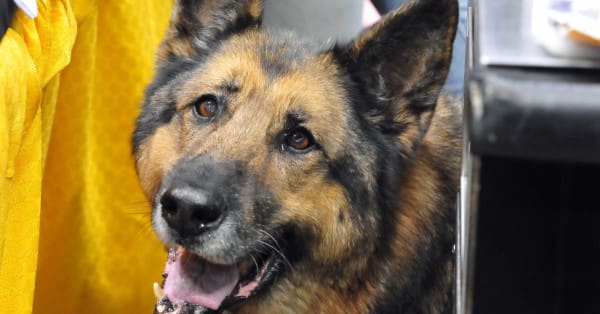 The goal is to treat military dogs like “trained veterans who are returning from the war,” said Paul Hammond, managing director of AMK9. AMK9 teamed with K9s4Cops and acquired the five military dogs supported by the Westport grant. The grant’s condition stipulated that the dogs must be actively working in areas with high meth rates, prompting one dog’s transfer to Indiana, a state that leads the nation with approximately 1,470 meth-related incidents reported by the Drug Enforcement Agency in 2014.

The five military dogs, dubbed as “hero dogs,” now co-exist with law enforcement handlers attempting to fight the war on drugs in five states throughout the US.

We may not see the damage of illegal drug use firsthand in our everyday lives, but trained officers and their retired military dogs do. The efforts of these fearless animals and their dedicated trainers show that heroes never retire when there is a war to win.

To support military efforts like this, you can donate to The Veterans Site today.

Click the link below for more ways to support K-9 veterans and animal rescue shelters.