Thousands of United States military soldiers and personnel have died over the course of the world’s wars. All of them sacrificed their lives to protect the country and the people they cared about with so much passion and heart. But sometimes, the family members of these deceased veterans never get the chance to have what was left of their loved ones.

This is where the New Jersey Mission of Honor comes in.

Hundreds of cremated remains, known as cremains, end up forgotten in storage areas of funeral homes. Some of these cremains are from U.S. veterans. The goal of New Jersey Mission of Honor is to seek out the families of these veterans to give them a proper burial all over the Garden State as a way to honor those who fought for their country with one final tour. 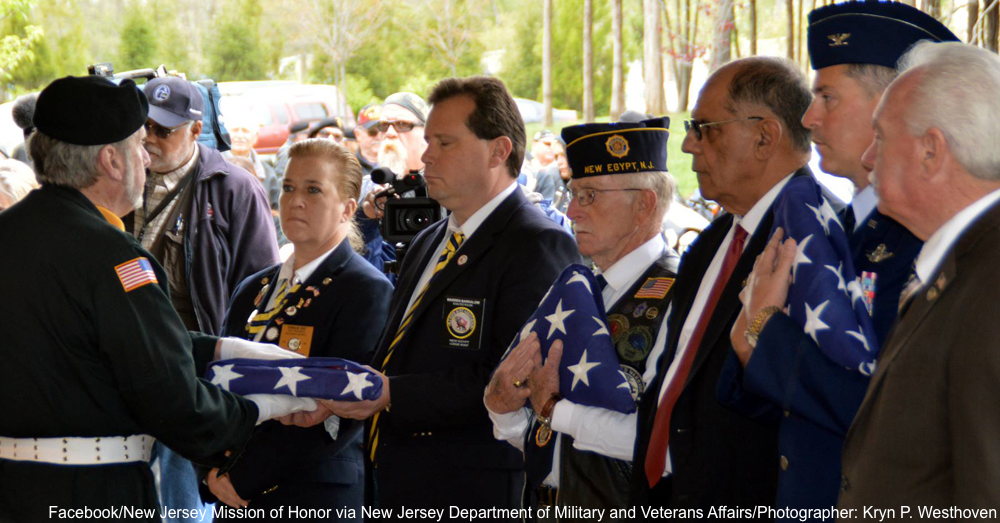 How Does This Happen?

Jean Cardaci, of Growney Funeral Home in Hillside, New Jersey, says many families simply can’t afford to pay for a burial. Some people don’t want the remains. Other families get into arguments as to what to do with the remains. To ease storage costs, funeral homes cremate the remains. Some ashes sit on shelves for decades without any intervention or proper burial. Since 2007, New Jersey Mission of Honor has changed that. 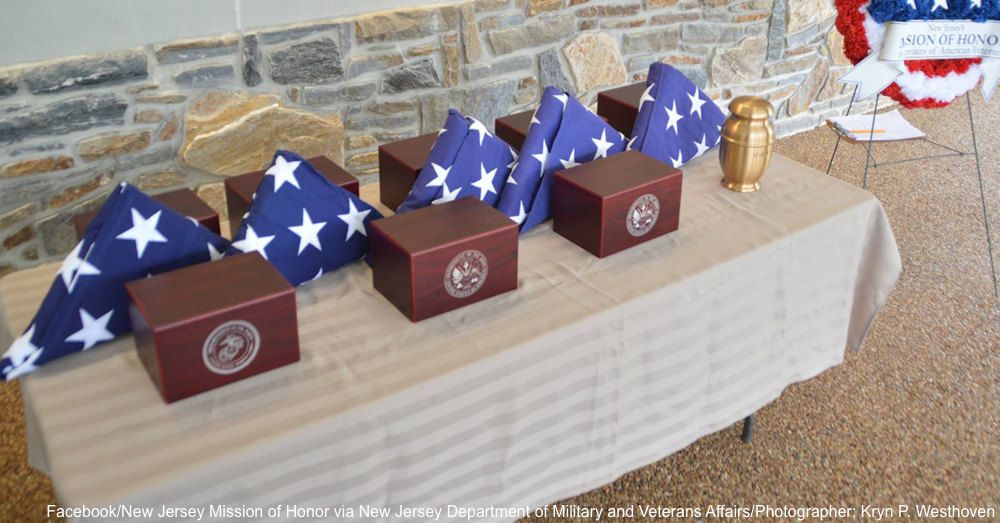 Many families may not realize the U.S. government pays interment costs, while others simply forget the remains even belong to them. The veteran’s group seeks out these unclaimed remains, and then tries to find a family to claim them. If New Jersey Mission of Honor can’t locate a family after an exhaustive search, the group holds proper military burials for the cremains. Ceremonies include honor guards, folded American flags, a 21-gun salute and the playing of Taps. On April 28, 2016, the group held its 23rd ceremony to honor nine veterans from two wars and four service branches. 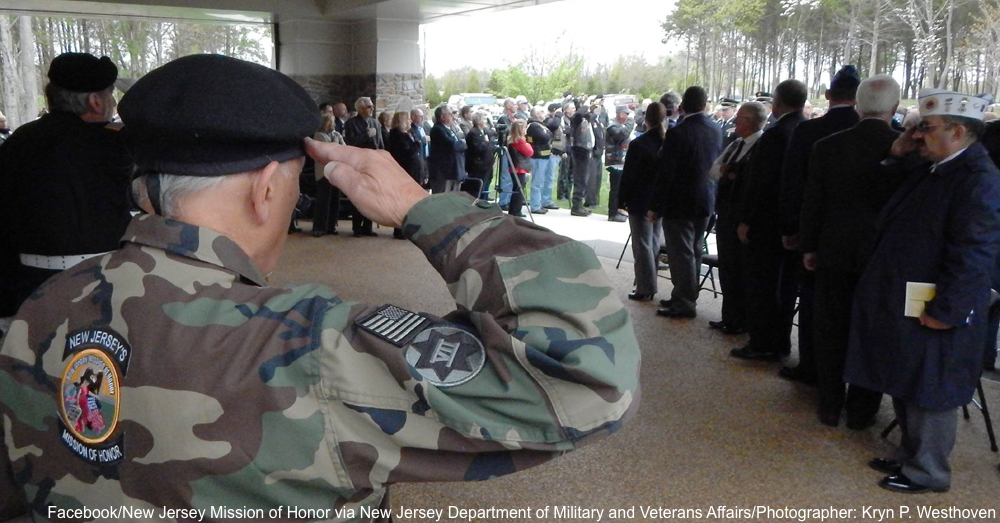 Years in the Making

In 2009, then-governor John Corzine signed a bill into law allowing veterans groups to inter remains if family members cannot be found. As soon as the bill became law, the group went to work. In the first seven years since the law passed, New Jersey Mission of Honor reunited 273 veterans and their families, and buried 173 remains all over the state. The oldest set of cremains went unclaimed for 70 years; in June 2015, the group buried William Tillark, a Spanish-American War veteran who died in 1948.

The group commits the ashes of every possible veteran, from any war and any branch, as a way to honor his or her service and sacrifice. Francis Carrasco, a Vietnam War veteran, said it best, “It’s a matter of respect to get a veteran off a shelf who has fought for this country.”

New Jersey Mission of Honor does its best to pay the final respects of those who gave so much. Help veterans who continue to struggle with their daily lives by alleviating veteran homelessness.