This Flight Attendant Is Determined To Help Retired Military Dogs

For years, flight attendant Molli Oliver helped transport rescued German shepherds to new homes. But a chance encounter with a marine inspired her to expand that passion to include the reunion of retired service dogs with the soldiers that served with them and loved the animals.

According to The Rolla Daily News, Sgt. Mulherron talked often of Boone; when he met Oliver on a military transport flight, their conversation turned to dogs. Oliver told him of her work with the shepherds, and Mulherron told her how he hoped to adopt Boone when the dog retired from active service. Touched by the story, Oliver volunteered to help reunite the two friends. 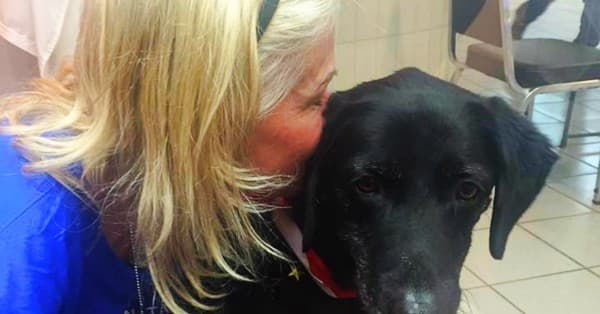 Mulherron knew Rollo was stationed at Fort Leonard Wood, Missouri, and Oliver visited the dog, who still had awhile before retirement.

While there she met Gordo, another service dog much closer to retirement. Oliver sprang into action and transported Gordo to San Diego when he was discharged. Surrounded by media, she delivered Gordo to his former handler, Army Sergeant Seth Rodenberger. 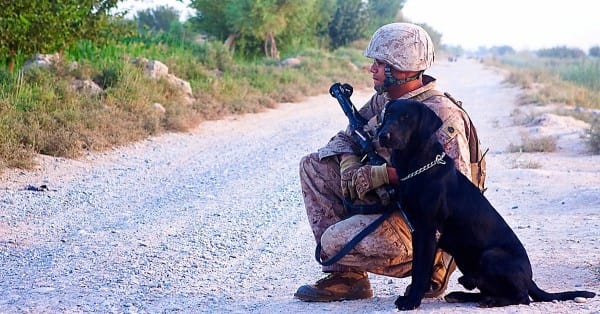 
Oliver sees Gordo and Boone as the first of many happy reunions in which she hopes to play a roll. In fact, she hopes to develop a program that makes the process easy and stress free for veterans, both human and canine. The military, Oliver notes, does a good job of connecting retired dogs with former handlers. As Pets for Patriots notes, handlers adopt 90 percent of retired military dogs, but structured pick-up and drop-off services do not exist.

Hopefully, Oliver brings her plan to fruition and makes it easier to reunite dogs and their handlers.

As for Boone and Seargent Mulherron, they both remain active Marines, serving the country in their own ways as of August 2015. But now, thanks to Oliver, a trip to see Boone’s old friend awaits once he retires.

While working together, military dogs and handlers build cherished friendships. The military recognizes the importance of connecting retired dogs with former handlers, but sometimes it takes acts of kindness from volunteers like Molli Oliver to ensure friends like Sergeant Mulherron and Boone are brought back together.