Fightin’ Felines: 8 Cats That Served On The Front Lines During World Wars I and II

Cats have served as our furry friends for thousands of years, through good times and bad. Some fearless felines have even accompanied military members during times of war, showing up in the trenches, on boats, and during military camps. Their talent for mitigating rodent infestation makes these cats a valuable asset for service members to have around. Don’t believe me? Check out these eight historical images of a few fighting felines during World Wars I and II.

8. Fast As a Speeding Bullet

This kitten might not have been planning to lead the assault from on top of a 12-inch gun shell, but it was learning to get its feet beneath him. This cat was hanging out with the 444 Siege Battery Royal Garrison Artillery during World War I. 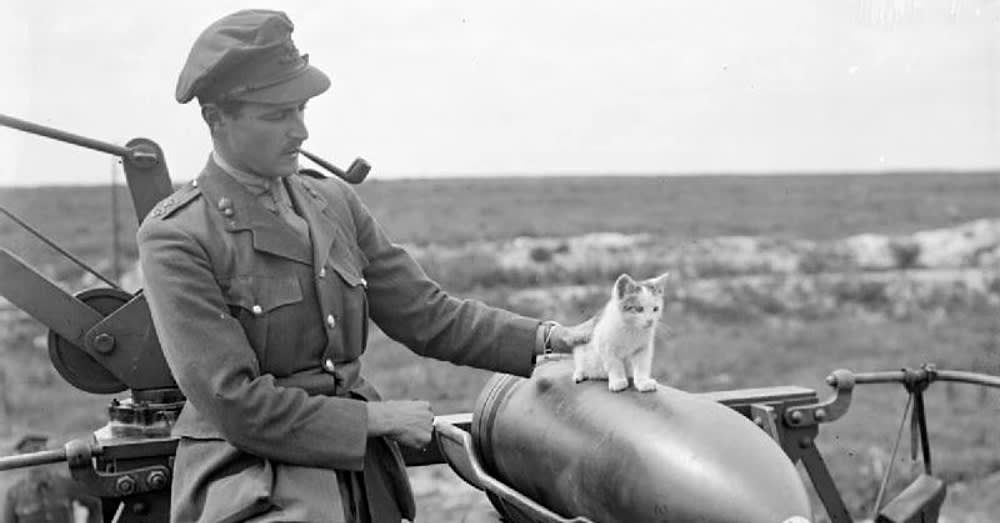 7. In the Trenches … Literally

The term “fraidy cat” is apparently a misnomer, because this feline adopted the active trenches of World War I for its home. Its family, the men of the British 6th Battalion of the York and Lancaster Regiment, made it their mascot. 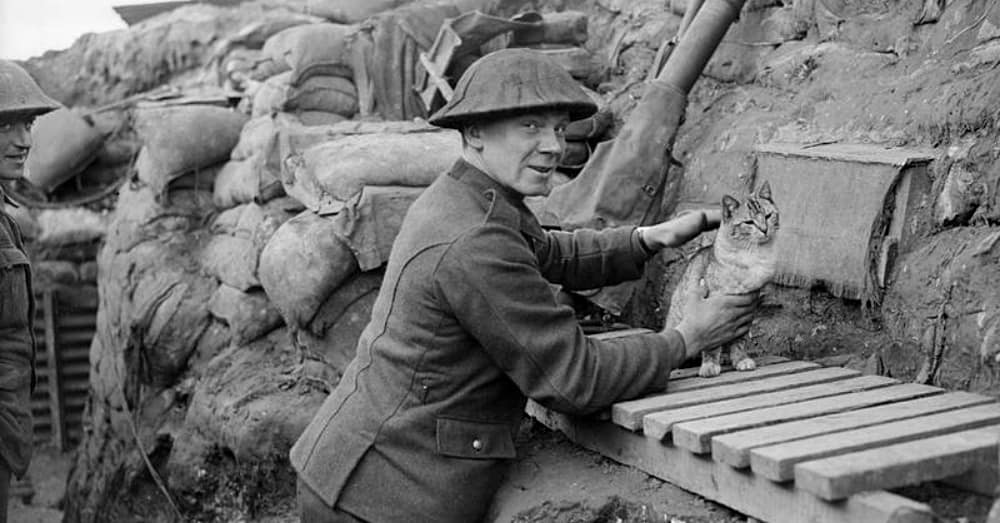 Hanging out at Australia’s Seymour Training Camp during World War I probably wasn’t as stressful for this cat as it was for the feline’s Company O’Connor family. Still, all who are pictured appear to be doing their best to take their downtime easy. 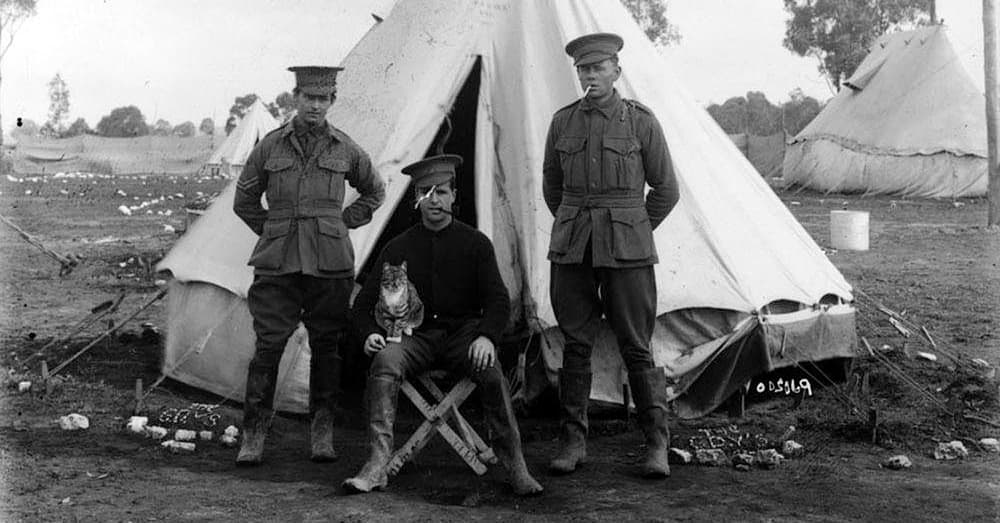 5. Going For A Stroll

This cat took a lighthearted walk along the 15-inch guns of the battleship HMS Queen Elizabeth with nary a worry. More impressive, this photo was taken on the Gallipoli Peninsula during one of the biggest campaigns of World War I. The campaign proved unsuccessful for the Allies. Hopefully, having this jaunty feline around only helped lift the spirits of those who served. 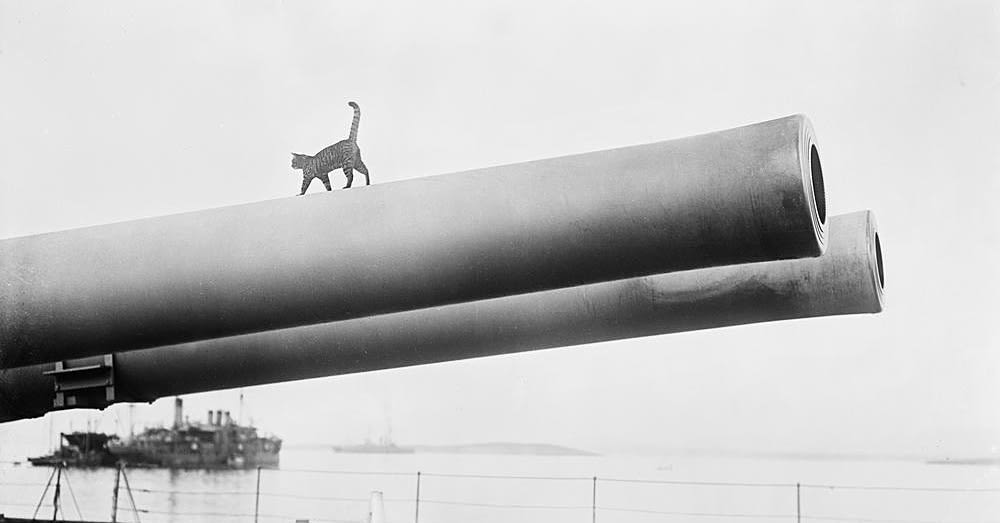 Click ‘next’ to read on and check out more wartime photos of cats!