Duke, a German Shepherd puppy, regularly attends classes with his owner, freshman Nick Marzahl, to reduce his stress caused by post-traumatic stress disorder. They go to Lakeland College in Sheboygan, Wisconsin. Although the dog is very smart, he does some very “puppy-like” things simply because he’s still in training. But there are some things that Marzahl wants people to know about service dogs. 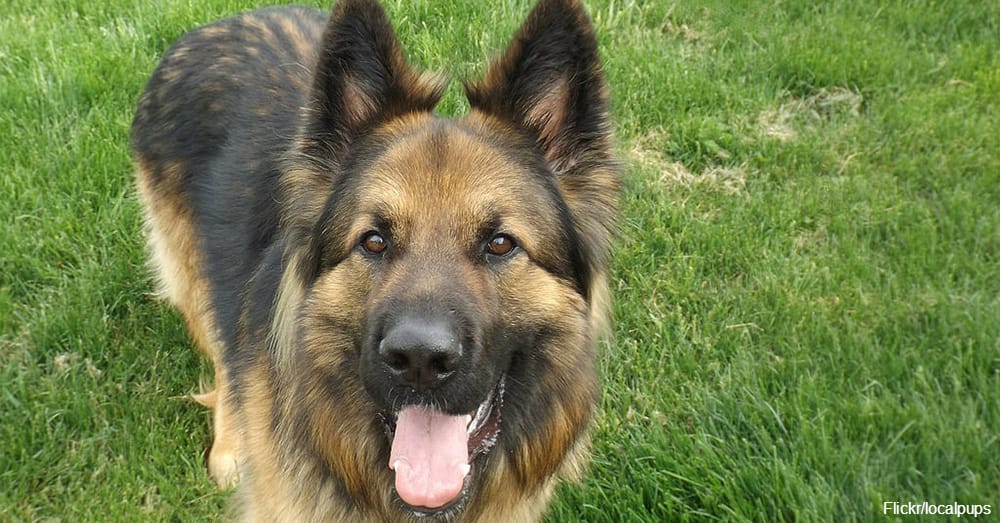 Marzahl served in the military for more than 13 years, including two one-year tours during the Iraq War, according to the Lakeland Mirror. The infantryman developed PTSD so severe that he was unable to leave the house due to stress and anxiety experienced outside the home. Marzahl says Duke saved his life because the former soldier’s stress became more manageable.

Marzahl takes Duke with him to class and to go shopping as a way to reduce stress and anxiety levels when the college student takes trips outside the home. Duke remains on alert at all times, allowing Marzahl to relax from his usual heightened state of awareness. The German Shepherd places himself between his human companion and crowds of students that travel between buildings to go to class. The puppy also places a paw on Marzahl’s leg, or even sits in his lap, during class as a way to protect his owner.

Even if Duke is playing with a stick, chewing on a bone or romping in a grassy field, the canine remains on duty so long as his vest is on and visible for everyone to see. Play time teaches Duke to use all of his senses, including sight, sound, and smells to alert himself to his surrounding environment.

When someone gets too close to Marzahl or the animal hears a loud noise, Duke instantly brings his eyes and ears to attention so he can alert his master to a possible threat. 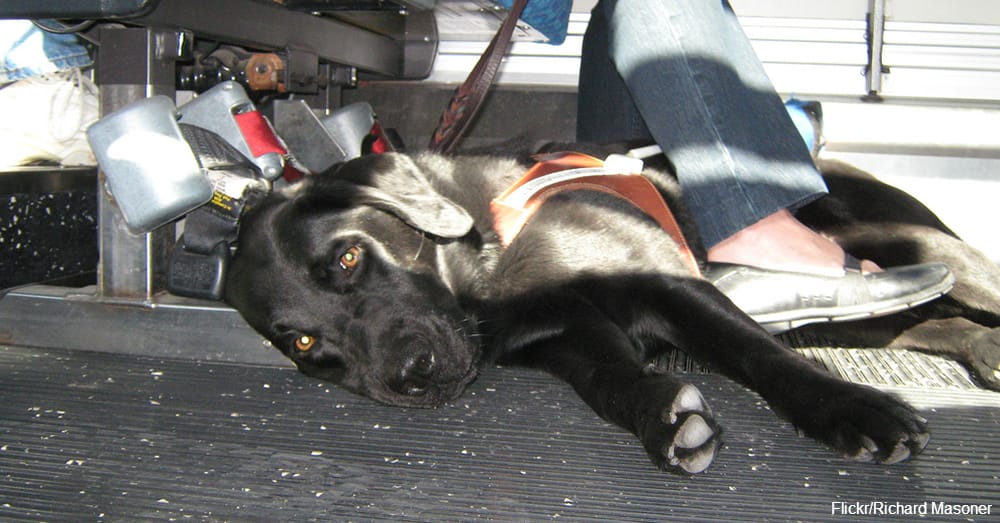 What Do Service Dogs Do?

People without service dogs should remain mindful of several guidelines about interacting with them. So long as Duke wears his vest, the dog is officially “on duty” even if he looks like he’s playing. Playing often means Duke is in training since he is still just a puppy. Service dogs act as vital companions to people, and these canines generally need to be left alone to do their jobs, notes Anything Pawsable.

People should think of a service dog as a life-saving piece of medical equipment, such as an oxygen tank or a wheelchair — only this equipment has fur, wags its tail and interacts with its companion.

Service dogs can accompany people into all public buildings, including restaurants, stores, schools, hospitals and government buildings. Therefore, employees should know how to treat people with service dogs with respect, says Please Don’t Pet Me. 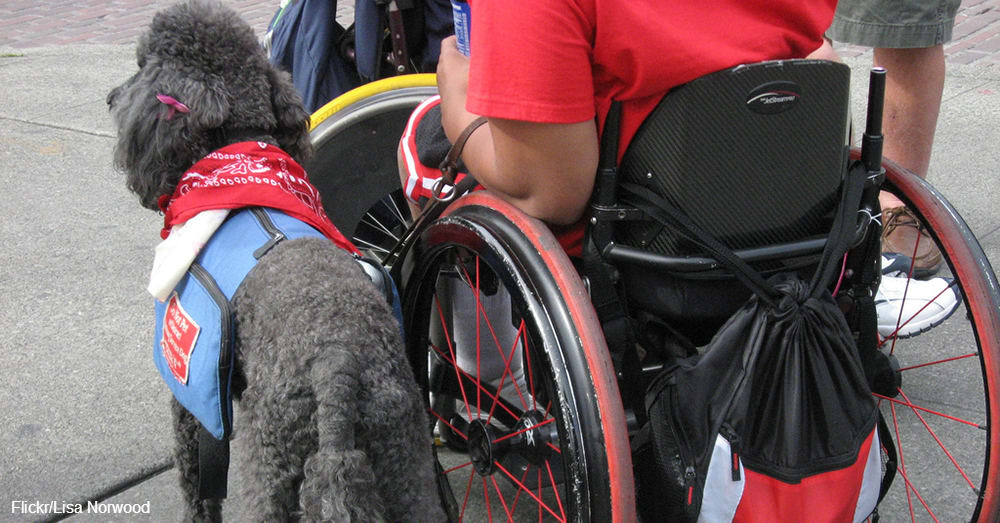 Sometimes, the owner of a service dog simply doesn’t have time to answer questions about their dog. A five-minute trip to the corner store to get milk shouldn’t turn into a 30-minute question-and-answer session. Members of the general public should think first before asking a person questions about a service dog for the sake of curiosity.

Thoughtful questions include “how do you train your dog?” or “how does the dog help you?” These queries are less direct and less insensitive when compared to “why do you need a service dog?” or “why can’t I bring my dog to the store?” 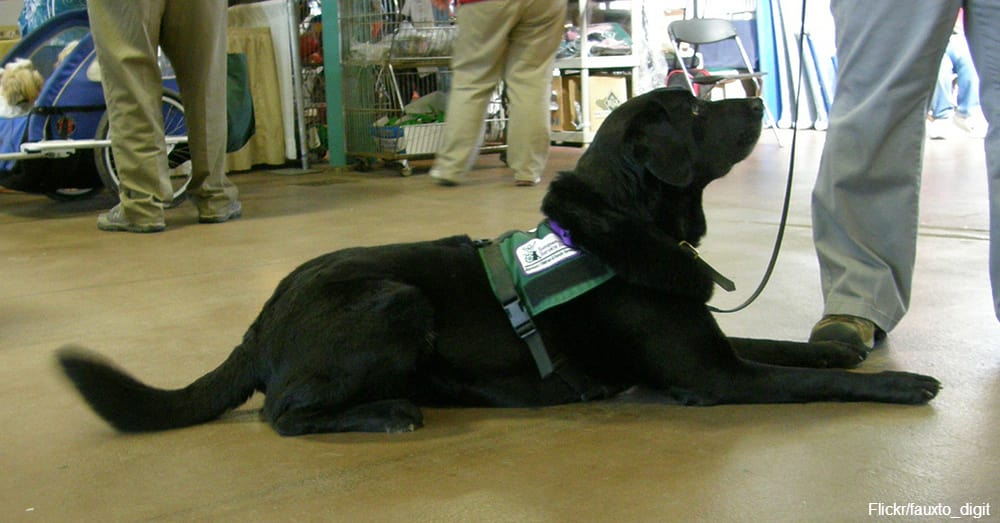 People who interact with service dogs and their owners should treat these two as a team. The overriding principle remains treating service teams with respect. People should not feed a service dog or give it treats. Often, an owner has treats to give the dog while the animals plays and is not on duty. No one should ever give a service dog “people” food. When the owner says no, everyone should remain mindful of the owner’s decision and respect the needs of the service team.

The person relies on the service dog as a lifeline, and everyone should treat the team as such. Dogs are proving to help veterans with their PTSD, but they’ve also been crucial as active duty service-members as well. Canine soldiers even helped their handlers win battles during World War II!

Do your part to serve our four-legged soldiers by visiting The Veterans Site.