When a hero dies, he undeniably deserves to be honored. In one case, however, it took more than 100 years for a Civil War veteran to receive the military funeral he had earned while bravely fighting for the optimistic future of equality he envisioned in this country.

Private Scott Carnal was a 19-year-old slave in Missouri when he ran away to join the Union Army in 1863. He courageously volunteered to join Company K of the 1st Kansas Colored Infantry and fought with them at the Battle of Honey Springs in Kansas, where his brigade played a major role in a clash that ultimately served as a turning point in the war west of the Mississippi River.

Unfortunately, Carnal was badly wounded when he was hit in the thigh by a musket ball, and he was honorably discharged a few months later after learning his leg might need to be amputated.

According to the Huffington Post, Carnal ultimately lost his leg nine years after the Civil War. He also started a family and moved west, landing in Colorado, before then eventually living out his final years in Nevada, reports the Nevada Appeal.

Historians involved with the Historical Society of Dayton Valley chose to pay Carnal the honors that they believed he never received at the time of his death. In a joint effort with the Sons of Union Veterans of the Civil War, the organizations planned a full military funeral for Carnal on June 7, 2015, in Dayton, Nevada. 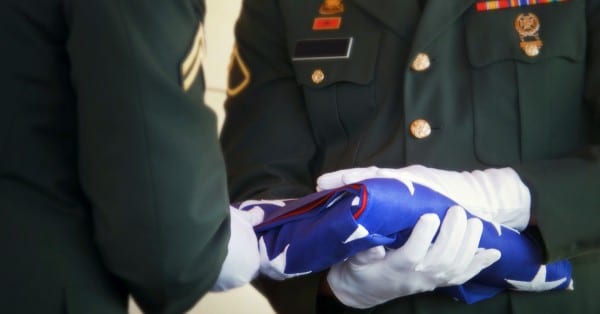 The mock-burial was attended by more than 200 people, many of whom donned Civil War garb for the occasion. A bugler played taps as Carnal was ceremoniously laid rest with full honors, and an honor guard shot a traditional three-volley salute to recognize Carnal’s service to his country.

Thanks to the historians who tracked down his story, Carnal not only received the honors he deserved when he died, but is also no longer one of the many wartime champions who have gone unrecognized. Given additional time and research, we hope more noble soldiers with stories similar to Private Carnal are finally paid the respect they went a lifetime without.