The U.S. Government Has Found The Perfect Job For Returning Veterans!

Three U.S. senators recently introduced a bill that would recruit military veterans to work as U.S. Customs and Border Protection officers at U.S. points of entry, including border ports and some airports. The bipartisan Border Jobs for Veterans Act would require the federal Department of Defense and Department of Homeland Security to work together to enlist and expedite hiring of outgoing military personnel in order to solve two problems:
Low employment numbers among veterans and a lack of border patrol workers. 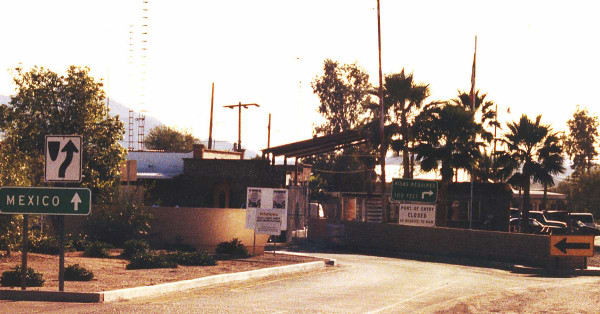 According to Sen. Jeff Flake (R-Ariz.), who with Sen. Ron Johnson (R-Wis.), John McCain (R-Ariz.), and Chuck Schumer (D-N.Y.) is sponsoring the bill, the act would offset Customs and Border Protection hiring delays associated with its thorough employee screening process. This process, while necessary, has resulted in chronic under-staffing despite the fact that there is funding for 2,000 additional officers, said Flake. The bill would not affect current veteran hiring programs, nor would it cost taxpayers.

“Solutions do not get simpler than the Border Jobs for Veterans Act,” said Flake. “Those leaving the military need jobs and CBP needs officers to serve at our ports. The sooner DoD and DHS understand they are the answer to each other’s problem, the better for trade, national security, and the veterans community as a whole. I thank my colleagues for their support and look forward to working with them to ensure the bill’s prompt consideration and passage.”

Since the bill was introduced, Customs and Border Patrol Commissioner R. Gil Kerlikowske replied with a letter to Flake and McCain indicating that his department, which is part of the Department of Homeland Security, and the Department of Defense are in talks regarding a “broader partnership.” 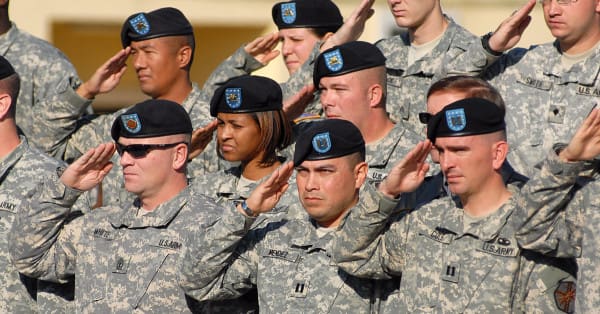 Via US Army Africa

The Watertown Daily Times reports that Sen. Schumer successfully sought support for the bill from a variety of dignitaries and officials, including Plattsburgh Mayor James Calnon; Steve Bowman, Clinton County director of Veterans Services; and Garry Douglas, president and CEO of the Plattsburgh-North Country Chamber of Commerce. Also offering support were Paul Grasso, chairman of the REDC Veterans Committee; Gary Hamel, commander of the DAV Chapter 179; Kevin LeBoeuf, an Army veteran of the wars in Iraq and Afghanistan; and John Thibodeau of VFW Post 1418.

While New York State has seen a decrease in its unemployment rate since the end of the Great Recession, unemployment among veterans continues to be disproportionately high, said Schumer. He cited the New York Department of Labor, which reported that in 2014, veteran unemployment in New York State was 7.6% versus 6.5% for non-veterans. 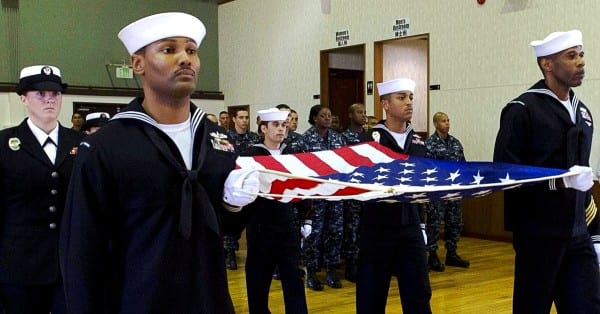 Schumer also said that the bill would not only benefit military personnel about to leave the service and return home in need of employment, but speed up service at border patrol entry points, where under-staffing has made for long lines and lengthy delays. He pointed to ports of entry along the U.S.–Canadian border, including in Massena, Champlain, Trout River, and Ogdensburg as being particularly under-staffed, resulting in fewer tourists and less potential revenue for the State of New York.

The lack of Customs and Border Patrol officers could also negatively impact Plattsburgh International Airport, the newest airport in New York approved for a federal CBP inspection site. Without qualified CBP officers to run the inspection site, which involves inspecting international travelers’ cargo before they are allowed entry into the United States, the airport would likely lose prospective business, he added.

You can help military veterans by purchasing gift items from The Veterans Site, which offers clothing, keepsakes, jewelry and other items. GreaterGood donates a percentage of the sale of every item purchased to charities focused on improving the lives of American veterans.