Every year in late September, military service members and civilians participate in an event that honors the sacrifices the U.S. armed forces make for ordinary citizens every day. The Black Hills Veteran March is a unique experience for anyone who dares to try to complete the course between Rochford and Deadwood, South Dakota. Seven people completed the march in 2002, and the event has grown ever since. 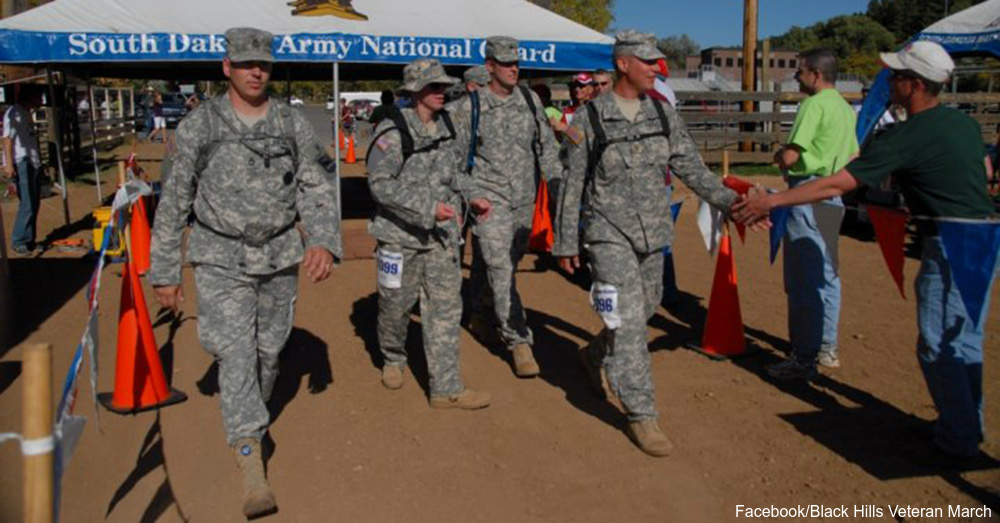 The idea started when members of the South Dakota Army National Guard participated in the Bataan Memorial Death March. This event occurs every year in White Sands, New Mexico, in the spring. The men decided to create a similar march, this one in South Dakota and in the early fall, as a way to memorialize all veterans and every service member. Seven national guardsmen found a suitable route between the two cities in South Dakota in September 2002. The first official Black Hills Veteran March occurred two years later, and it caters to people with all kinds of abilities as they navigate a course between two cities. 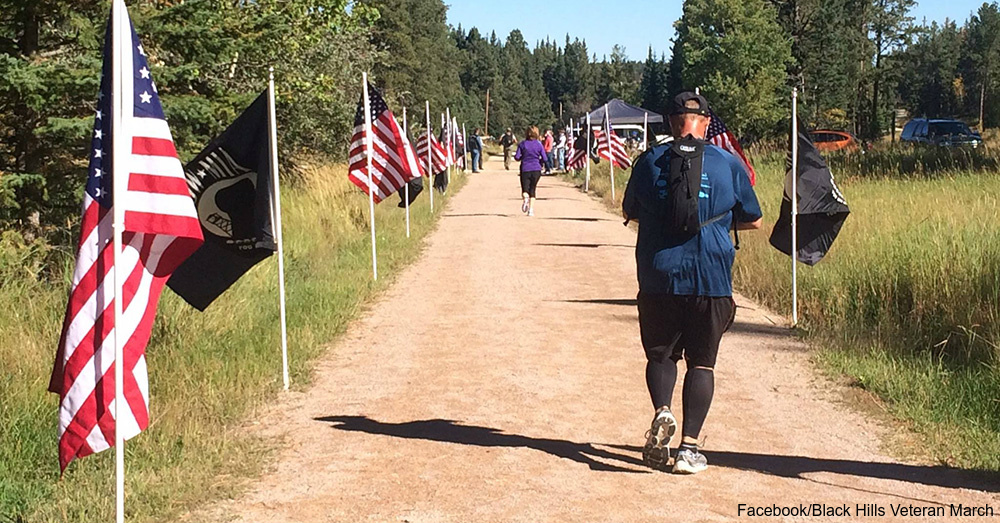 The 26.2 mile route is unlike any other in the United States. The first half runs uphill toward Dumont, South Dakota, before heading downhill toward the Deadwood Fairgrounds. Runners, walkers and marchers follow the Mickelson Trail starting in the early morning and go to early or mid-afternoon. The trail offers great competition for a good cause. 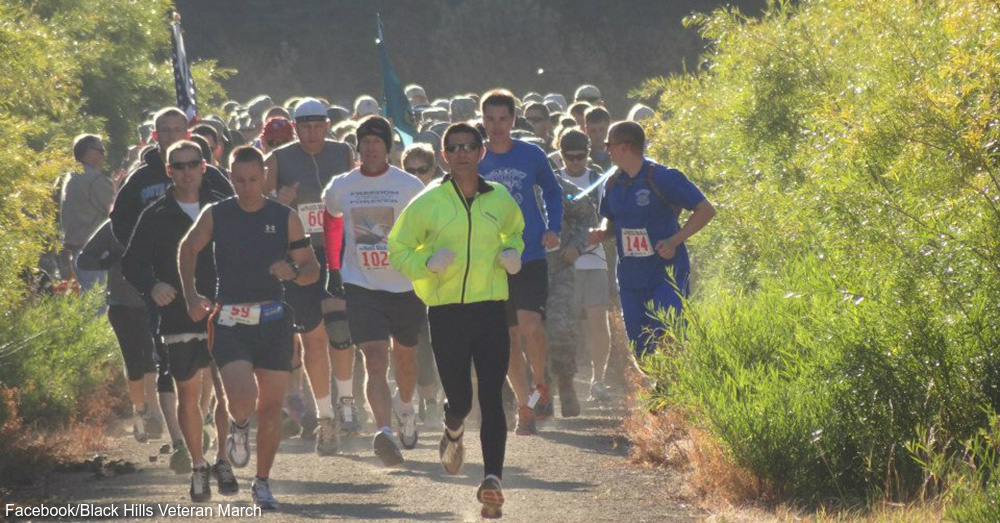 The length of the route also happens to be the exact length of a modern marathon, a distinction not lost on the event’s organizers. People can compete in the Black Hills Veteran March in several ways, including a marathon run that starts early in the morning. Military units can complete a full march of 26.2 miles, and that event starts a few hours after the marathon. In a heavy military division, a unit competes with a 40-pound rucksack on the back of every participant. People who want to participate but not walk or run can volunteer for several positions at the event.

Marchers must complete the event within 10 hours of starting. A mini-march is 16 miles instead of the entire course. The marathon event, without a backpack or military uniform, is so tough that only 17 people completed the run in 2015.

The Black Hills Veteran March truly shows how a person needs the courage, skills and fortitude to succeed in the U.S. military. This march gives ordinary civilians and military units a way to honor those who serve and have fallen in the line of duty. Give thanks to all those who give of themselves to honor veterans, past and present.