One motto of the U.S. Army states “never leave a soldier behind,” even if it means 60 years later. Korean War veteran Charles B. Elder of Baltimore had his Purple Heart pinned to his suit jacket by current Navy Rear Adm. Dale E. Horan in June 2015, nearly 65 years after he was wounded by friendly artillery fire and then captured by the enemy. 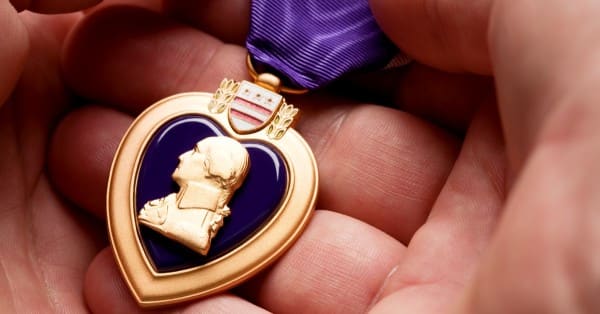 reports Elder’s wound in 1951 wasn’t the end of his troubles. He spent two years as a prisoner of war behind enemy lines in China, where he was brutally tortured. The Army veteran has blocked out many of his memories of that time. He attempted to escape once, and then spent much of the rest of his time in solitary confinement.

Horan heard of Elder’s story when he gave a speech at a Baltimore senior center on Veterans Day in 2014. The veteran’s wife approached the high-ranking official and told him about the story, notes the U.S. Navy. Six months later, after Horan checked with the correct office in the Department of Defense, Elder received his recognition.

Back in the 1950s, the former POW was told the military simply ran out of medals and didn’t have one to give to Elder. Now, he gets the honor due to the sacrifice made on behalf of his country.

Sadly, Elder’s story is not the only one… 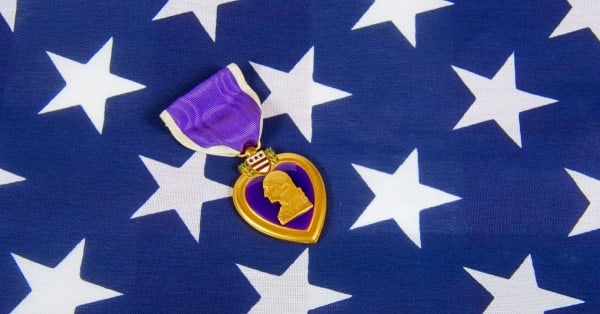 In November 2013, Korean War veteran Leonard Cooper from Fort Collins, Colorado, received his Purple Heart nearly 60 years after he took shrapnel in his left shoulder from a bomb detonated in his camp. Retired Sgt. 1st Class Alepio Solmirin’s family received a Purple Heart, posthumously, for a wound he received in Korea. The soldier became a decorated warrior in Vietnam, but he never talked about his wound from action in Korea. U.S. Navy veteran Paul Kniss was shot down in his P-51 Mustang over Namsi, Korea, on May 31, 1952. He didn’t receive his Purple Heart or Prisoner of War Medal until a ceremony at Warren Air Force Base in Wyoming in December 2013.

If you know of someone who deserves recognition for military service, contact a local VFW post, the U.S. Department of Veterans Affairs or a local military recruiting office for more information. All soldiers are deserving of proper homecomings for their service, and if Elder’s story is proof of anything, it’s that it’s never too late to honor their heroism.