World War II vet Anne Urban died in 1989, but when no one came to claim her remains, her ashes sat on the shelf of a Palm Beach funeral home for nearly 30 years. She was finally interred along with more than a dozen other forgotten vets and military spouses on April 9, 2016, ultimately receiving the honorable burial she certainly deserved. 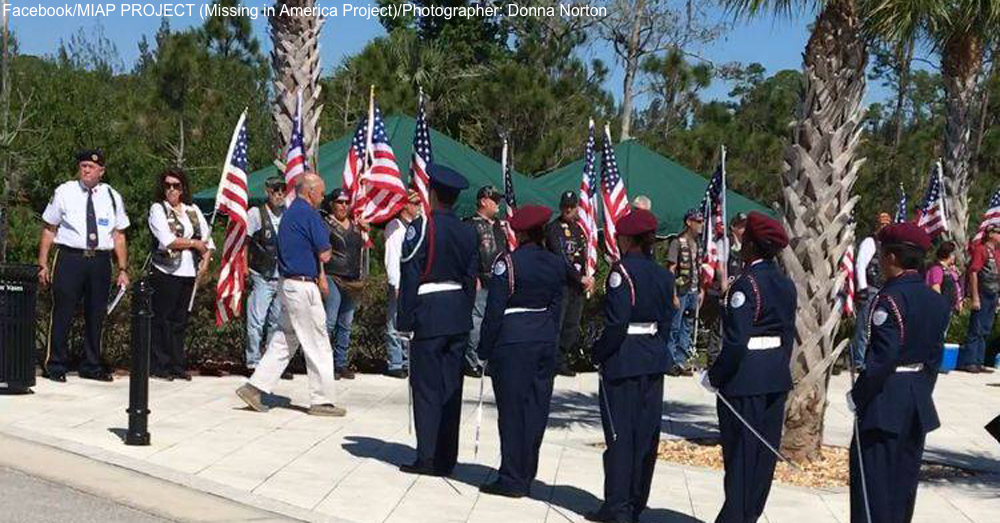 Urban served as a member of the Women’s Auxiliary Air Corps, later returning to the United States where she went to law school in Miami and settled down in West Palm Beach. When she passed away at age 67, she was cremated, but no one claimed the ashes. The story is like many others, although the reasons why these military service members’ ashes are forgotten is often unknown.

The Missing in America or MIA Project was launched in 2007 to identify and inter the remains of veterans who have been left behind across the nation. It has identified more than 3,000 as of May 2016. American Legion members, local funeral homes and various volunteers have joined the effort under the moving slogan “You Are Not Forgotten.” 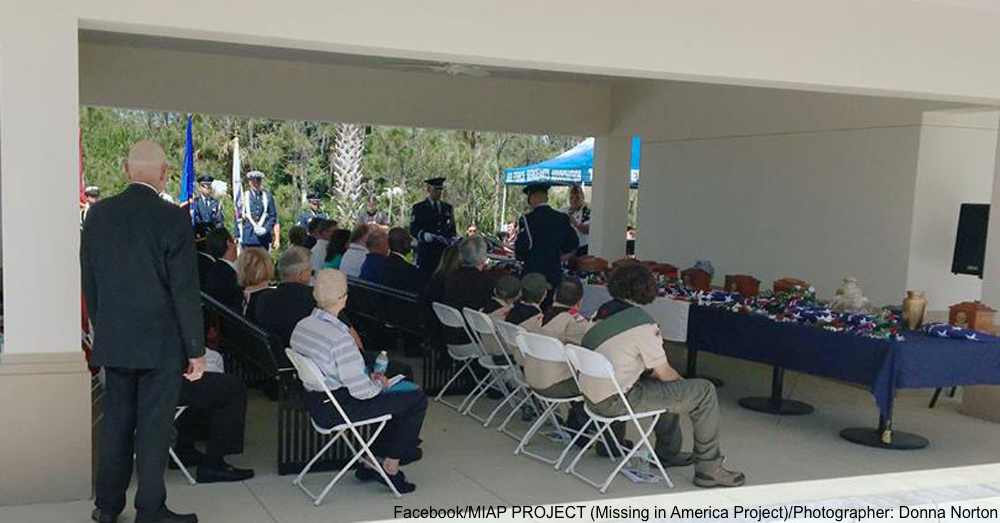 On April 9, the group organized a military funeral for Urban and the other veterans and spouses left at Palm Beach County funeral homes. The service took place at South Florida National Cemetery and included bagpipe renditions of each branch’s anthem as well as the 21-gun salute. More than 200 people, including Palm Beach County Commissioner and Vietnam vet Hal Valeche, showed up to pay their respects to these brave men and women. Attendants, many of whom were unrelated to the deceased, described the ceremony as beautiful, emotional and humbling. 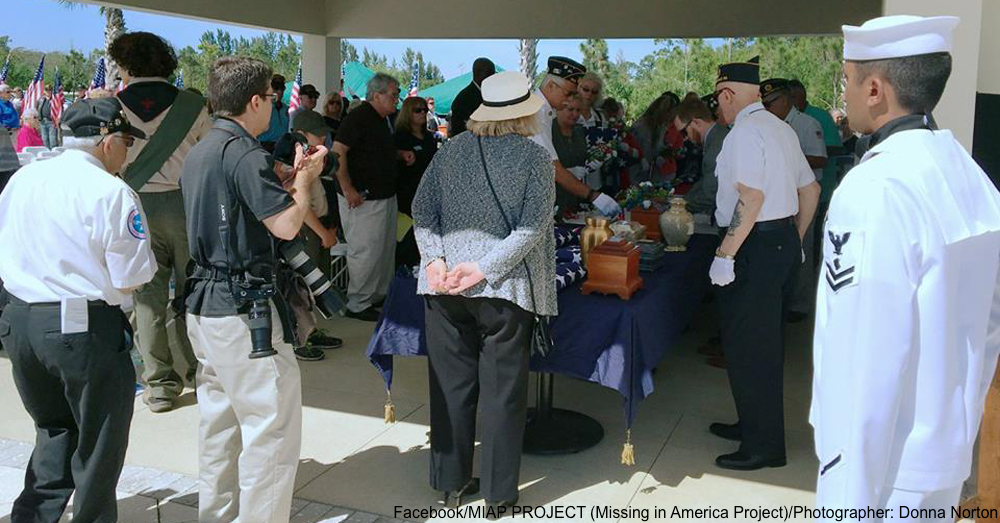 Everyone is breathing a sigh of relief knowing that Anne Urban and the rest of the forgotten veterans are being honored with proper funerals, giving local residents a chance to attend and express their gratitude. If you want to help other veterans get the respect and support they deserve, sign this petition.