Police in Long Beach, California suffered a horrible loss when one of their K9 officers, Credo, was killed by friendly fire during a shootout with an assault with a deadly weapon suspect. He suspect, who was wielding a knife, was shot by police during the incident.

The tense standoff involved a suspect that became frighteningly aggressive. Credo moved to protect his fellow officers when the suspect pulled out a knife, resulting in police firing on him. Sadly, Credo was fatally struck as well during the sudden shooting as he was trying to subdue the suspect. Credo was rushed to the hospital, but ultimately succumbed to his injuries.

The Long Beach Police Department took the loss hard, as one of their own was gone. Credo was viewed and treated as an equal law enforcement officer. 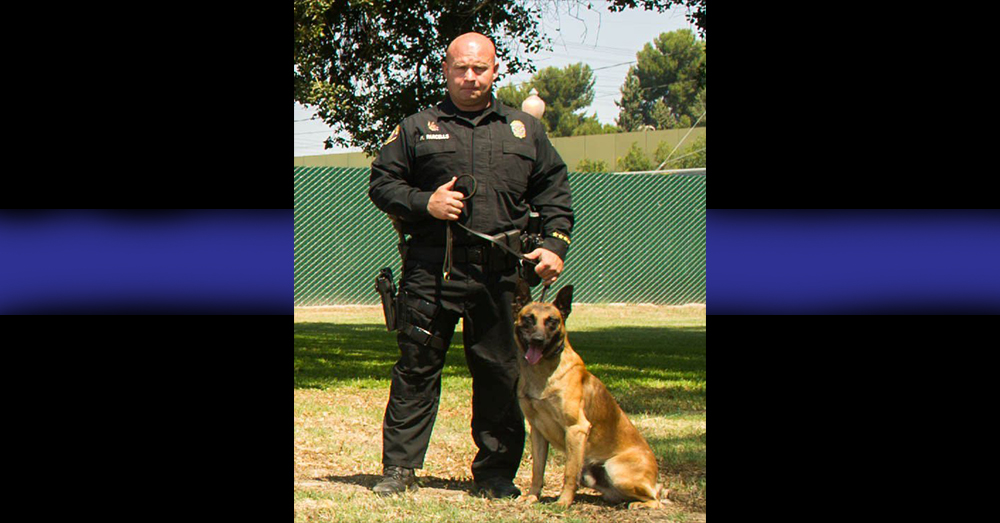 Officer Mike Parcells, Credo’s handler, was especially grief stricken at the loss of his partner. The bond between a K9 officer and their handler is often an unbreakably strong one, as the two rely on each other for safety and security in some of the most dangerous situations. They also spend their downtime and leisure moments together as well. The loss of any K9 officer is tragic, and this one in particular touched so many people.

Credo was the second K9 unit in Long Beach to lose his life in a shootout in recent years. Ranger, another K9 officer, lost his life in 2005.

The video below shows the aftermath of the shooting, and might be difficult for some to watch.

Following Credo’s death, the Long Beach Police Department held a memorial service for the two-year veteran of the department. At the memorial service, around 75 K9 officers from nearly 40 different law enforcement departments attended and paid their respects.

Police Chief Robert Luna was among those who spoke at the emotional memorial service for the K9 who died in the line of duty. A private funeral was held for Credo later with his family in attendance.

Long Beach police gave Credo a beautiful send off, and the emotion and love for Credo is palpable in the video below.

Thank you for your service, Credo.