Sometime back I wrote a story about the so-called “Cornbelt Fleet.” It was so named because it operated exclusively in Lake Michigan during WWII. It was made up of two “carriers;” refurbished and redesigned former passenger ferries that used carry people from port to port on the Great Lakes.

That is an interesting story in its own right.

This video is a period film taken on the actual decks of the two “carriers” that were used to train most of the wars carrier pilots during WWII. The Cornbelt Fleet was a very important asset for the Navy, but it also had its own unique and everpresent dangers. 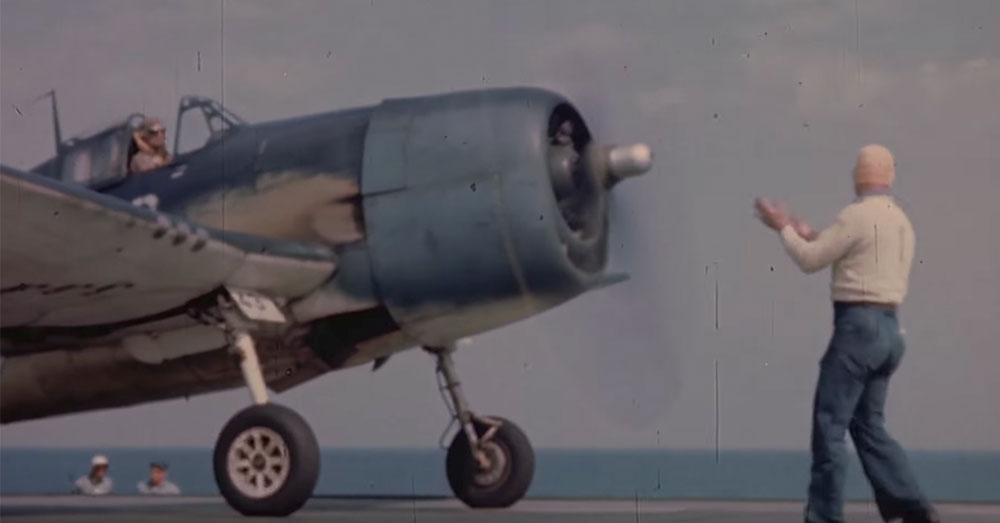 The most dangerous part of the training was that both the pilots and the flight deck crews were learning their skills from scratch as they went. The need for carrier pilots was endless, especially in the Pacific Theater of the war.

Those pilots were hurriedly being trained on these two makeshift carriers in Lake Michigan and then sent to the Pacific to fly against the Japanese pilots and their Zeros. They had to learn the arts and skills of taking off from the flight decks of a pitching and rollinig carriers quickly. But worse, they had to learn how to land on what appeared to them from altitude to be nothing more than a postage stamp sized bit of real estate.

That was always the trickier skill. 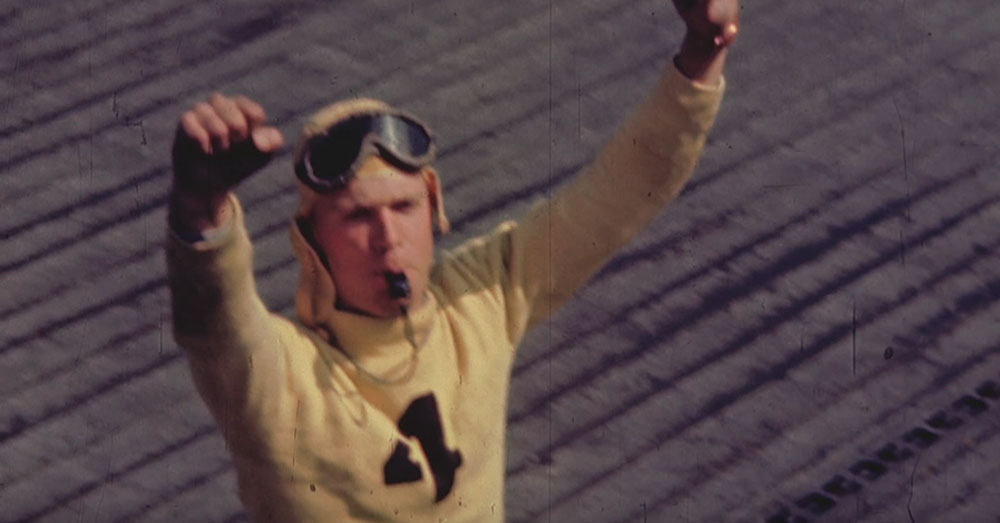 They had to learn the precision skills of catching those arresting wires with their tail hooks. Not and easy task at any time.

But the flight deck crews were learning their jobs, duties and skills at the same time. There is no more dangerous place anywhere than the flight deck of an aircraft carrier. If those arresting wires, the technology of which was still developing, broke, they could take off a head, or split a man in two, or throw him overboard. 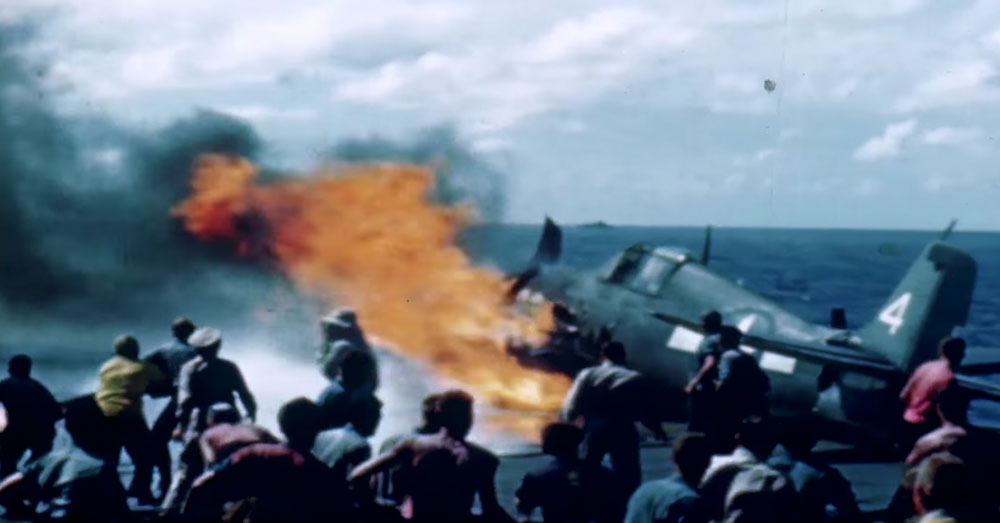 Source: YouTube/MLive
A young crew was apt to make mistakes.

They had to leard their firefighting skills, their refueling skills, their plane maneuvering skills, all in the heat of the moment. Because of the needs in the fleet, these Cornbelt carriers were taking off and landing planes constantly over long hours, every day.

It must have been something to be a part of this unusual effort. There were many casualties and much loss of planes due to the youth of the crew, both pilots and flight deck crews, and everything needed to be done so quickly and in such primitive circumstances. 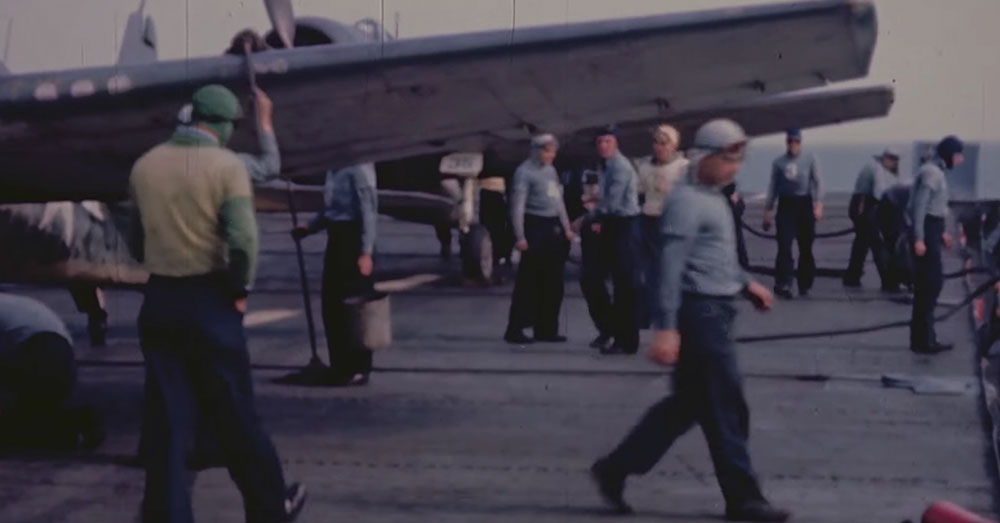 Those “faux” carriers were really merely floating flight decks. They had mess halls and berthing areas, but that was it. They were simply basic training facilities, but without these two carriers, the pilots and flight deck crews that were so desperately needed in the Pacific, would never have been so readily supplied, nor would they have been so effective and skilled.

They would prove themselves thousands of times, through some of the most vicious and intense land and sea battles in history. The Cornbelt Fleet did its job admirably. 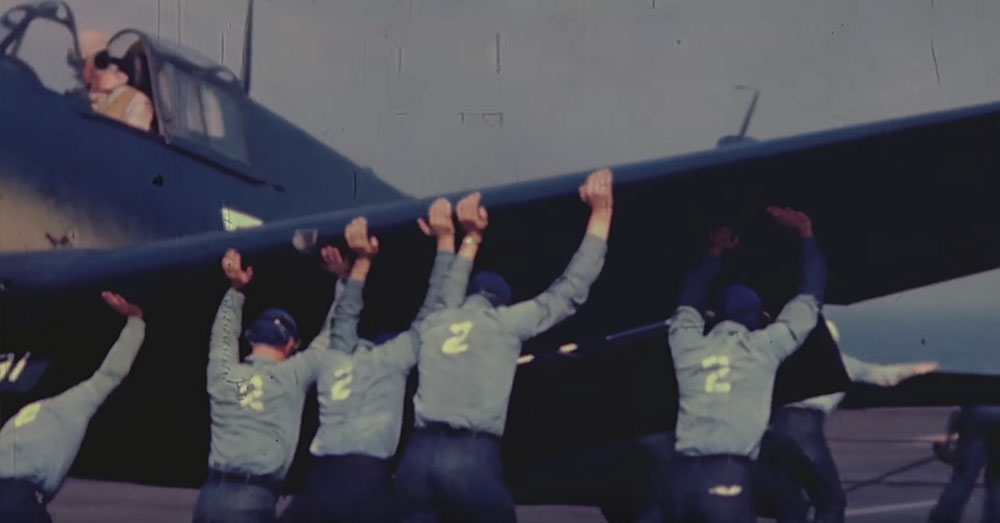 Source: YouTube/MLive
They served admirably, and came through when they were needed most.

Enjoy this brief video. It will give you somewhat of a sense of what it was like for those Navy veterans who were there.