WWII presented countless problems to be solved in extremely short periods of time. The manufacturing sector had to be retooled from civilian production to wartime material production. The number of military in the Army, Navy and Marine Corps grew exponentially at a hyper-accelerated pace and all of them needed to be trained and equipped.

For the Navy that meant that they needed more ships of many kinds and the trained crews to operate them. One of the greatest needs for the Navy during WWII was for aircraft carriers and tens of thousands of Naval aviators who could land and take off from them successfully. During WWII an incredible 151 aircraft carriers were built. But none of them were more curious, or in one way, more important than the two carriers of what would come to be known as the Cornbelt Fleet; the USS Wolverine and the USS Sable.

Both of these carriers began as luxury cruise liners in the Great Lakes. They had both been coal burning paddle-wheeler liners ferrying the well-heeled between places like Buffalo and Cleveland in overnight luxury.

The Wolverine began its life as the “Seaandbee” in 1913. She was 500 feet long and had 500 luxury cabins aboard with a saloon, a grand dining room and carried a full orchestra for entertainment. The Depression brought all of that to an end and she was idled for some time until the Navy purchased her and in a period of 4 months converted her into an aircraft carrier with a 500 foot long, wooden flight deck with arresting cables and a small bridge on her starboard side.

She was then re-christened as the USS Wolverine (IX-64) and was commissioned in August of 1942. She was literally just a landing and takeoff platform for training and was strictly for training purposes. She had no hangar decks, or defensive weaponry.

There was a similar story about the Sable. She began her career on Lake Erie also as a luxury liner. In 1943 the Navy needed even more pilots. This paddle-wheeler was 518 feet long. Her conversion was a bit more sophisticated as below her decks pilot briefing rooms were provided as well as living quarters, mess halls and laundry facilities for both the pilots and the crews.

This was sometimes difficult because the weather conditions over Lake Michigan are not always conducive to landing and takeoff maneuvers off of aircraft carrier decks. Sometimes the winds would be too calm and would not provide enough tail wind force for landings and takeoffs. Despite that they were able to train over 18,000 pilots by conducting over 116,000 takeoffs and landings between 1943 and 1945.

Within weeks of the Japanese Surrender on September 2, 1945, both of these carriers were decommissioned. The Wolverine was immediately sold for scrap, but there were plans to turn the USS Sable into a floating museum at Put-in-Bay, Ohio. Those plans fell through in the end and she was sent to a shipyard in Hamilton, Ontario, Canada where she was also broke up for scrap. 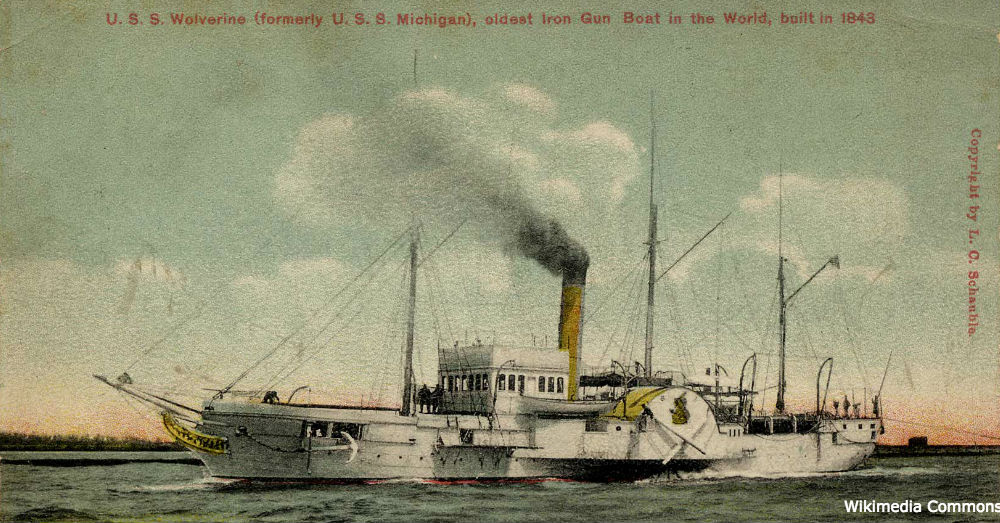 While the Cornbelt Fleet’s duties only lasted for about three years, the training these two ships, the USS Wolverine and the USS Sable provided for 18,000 Navy pilots during WWII proved to be not only important but vital to the incredible successes of the front line carrier fleets in the Pacific.

The Veterans Site wishes to express its respect for those who served on these two carriers, and to for those that were trained as pilots and flight crews during those years between 1942 and 1945. Without such ingenuity, and the natural wonders of the Great Lakes, the sophisticated training needed for the naval aircraft carrier war effort might have been even more difficult. We offer our sincerest thanks to all who have served on the U.S Navy’s aircraft carriers, then and now.

We wish you all, “Fair winds and following seas.”