Today, Sept. 17, 2018, will be the 231st anniversary of the signing of the Constitution of the United States of America.

All of us as Americans ought to take a few moments today to reflect on this most important document in our democracy. Without this thoughtfully crafted Constitution, we have neither a foundation to build upon, nor a goal to achieve. It is the expression of our freedom and the embodiment of the order that has made this nation a beacon of freedom and order for the rest of the world.

Thirty-nine men were involved in the creation of this noble document in Philadelphia in 1787. They fought the war for independence and won. With this document, this foundation of law, they gave this new nation its noble purpose and its rule of law.


It was a solid foundation to build upon and had within it the built-in process to grow and to mature with each generation since. The Bill of Rights, the first 10 Amendments to the Constitution, were added to it in 1793. Since then, 17 more Amendments have been added for a total of 27.

Every veteran swears an oath upon entering the service, to “support and defend the Constitution of the United States against all enemies, foreign and domestic; that I will bear true faith and allegiance to the same…”


Those who have served honored this oath with their service in war and in peace.

Too many of our fellow Americans have little or no understanding of the Constitution. This video is made for use in classrooms across the country. Let us hope that it will be used in every classroom in America today. But let us also challenge ourselves to read it again, to renew our commitment to support and defend it here at home. After all, no other country understands better the idea of self-government.


“We The People”, the first words of the Preamble to the Constitution imply a form of government that was not only new, but that still holds promise to us today and for future generations. That promise is the We The People have been given the right and the corresponding duties and responsibilities to govern, not a king, not an oligarchy, or a ruling party, but we ourselves. To do this well we must be educated in the history of this country and, most importantly, in our founding documents: the Constitution of the United States of America and the Declaration of Independence.


No one expressed this duty of every citizen to support and defend the Constitution of the United States better than Abraham Lincoln when he said in his Gettysburg Address during the Civil War, “this nation, under God, shall have a new birth of freedom and that government of the people, by the people, for the people, shall not perish from the earth.”

We must struggle to keep this document, the Constitution, alive and well each and every generation. 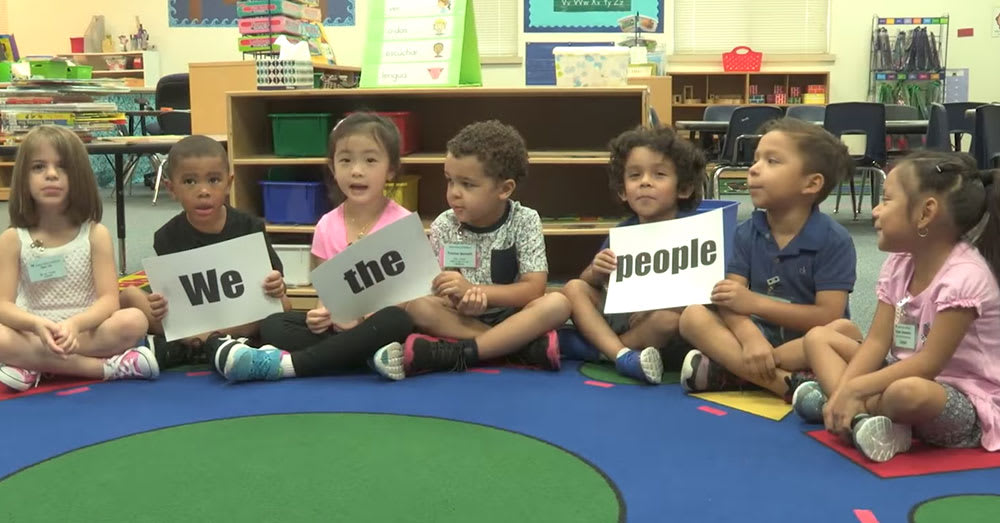 Source: YouTube/PISDCommunications
“We The People” are the first words of the Preamble to the Constitution.[/caption

Honor that duty today by reflecting on the Constitution and your duty as a citizen to continue to educate yourself and to commit yourself to the health and well-being of this democracy that it created.