This video is compiled with pictures and a speech given by then President, George W. Bush in the Congress on July 21, 2001 where the nation honored the four remaining Navajo Code Talkers from the original group.  It is backed by a song sung in Navajo honoring the Code Talkers.

Watch and listen, let this video speak for itself. It is visually and audibly stunning, and the words of President Bush are remarkably beautiful. This is a powerful tribute to those warriors who went into battle with the Marines in the Pacific armed with a weapon even more powerful than those that they carried in their hands, their ancient language.

As you will hear in this video, the word for the United States in the Navajo code was the Navajo word for “Mother.” To them it meant “freedom, their mother, and their way of life. 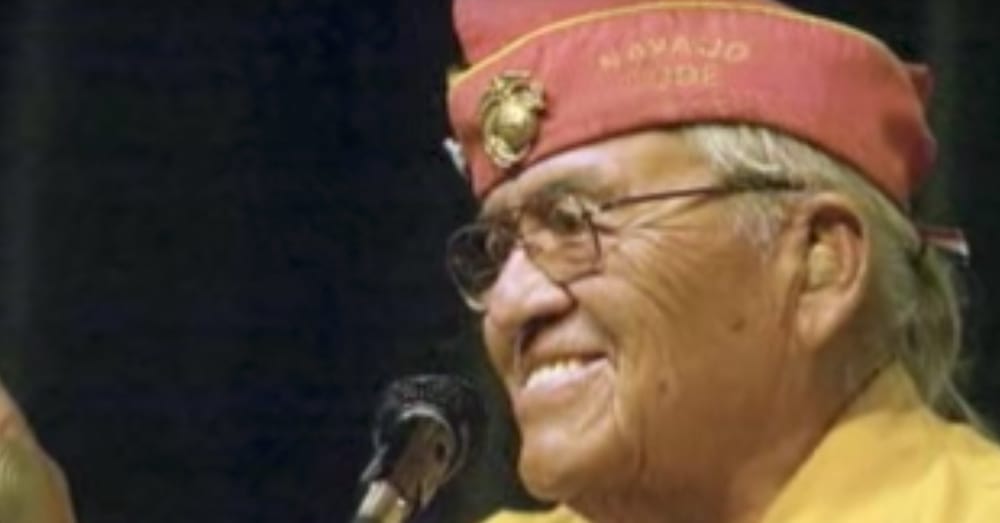 These Navajo men, one as young as 15 who had to “move his age forward” to get into the Marine Corps, and one that was older than the age limit, who had to say that he was younger in order to get in, fought with quiet dignity and uncommon courage throughout the difficult campaigns of the Pacific Theater.  At least 400 Navajo Code Talkers served during WWII, and 13 were Killed In Action. 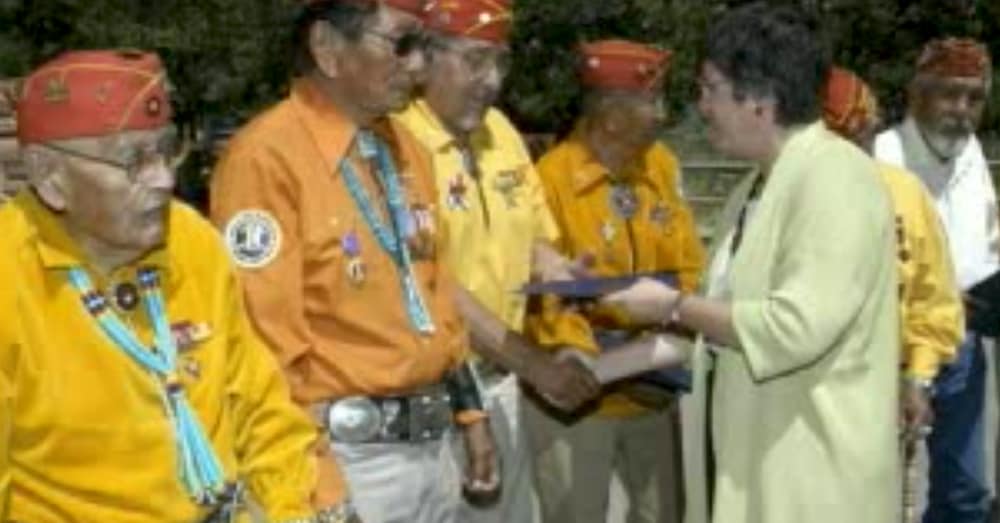 This nation owes a debt of gratitude to the Native American communities who have served in greater numbers per capita that any other ethnic or racial group in our country.

The Veterans Site sends its deepest thanks to the Navajo Nation, the Dineh.  In the power of your ancient language and the courage of your warriors, there is both life and victory.  We honor you.

Click the button below for more from Dan Doyle!

Dan Doyle is a husband, father, grandfather, Vietnam veteran, and retired professor of Humanities at Seattle University. He taught 13 years at the high school level and 22 years at the university level. He spends his time now babysitting his granddaughter. He is a poet and a blogger as well. Dan holds an AA degree in English Literature, a BA in Comparative Literature, and an MA in Theology, and writes regularly for The Veterans Site Blog.