The Coast Guard Helps Protect Our Borders In Incredible Ways

Since 9/11 terrorist attacks, the Coast Guard has been under the Department of Homeland Security, and its mission has been expanded. It has had to take on responsibilities far beyond its traditional life-saving missions.

You will encounter the modern Coast Guard as a true military force here and gain even more respect for the complex mission of this, our smallest military unit.

Consisting of a mere 40,000 active duty members, the Coast Guard is hard at work each and every day. Among them, one unit stands out — The Helicopter Interdiction Tactical Squadron or simply HITRON. 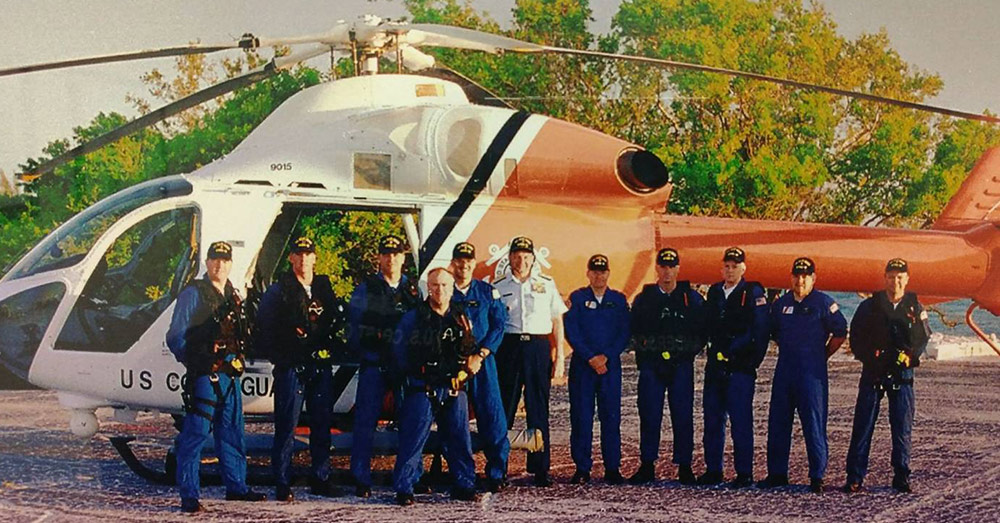 Source: U.S. Coast Guard
In May 2003, HITRON was formally commissioned.

According to the Coast Guard, “HITRON is a deploying helicopter squadron based in Jacksonville, Florida, specializing in Airborne Use of Force (AUF) for counter-narcotic operations. HITRON is the nation’s first, and most successful airborne law enforcement unit trained and authorized to employ AUF.”

The mission statement of HITRON is, “Be our service’s single provider of qualified, proficient, and well-trained shipboard and shore-side Airborne Use of Force.” 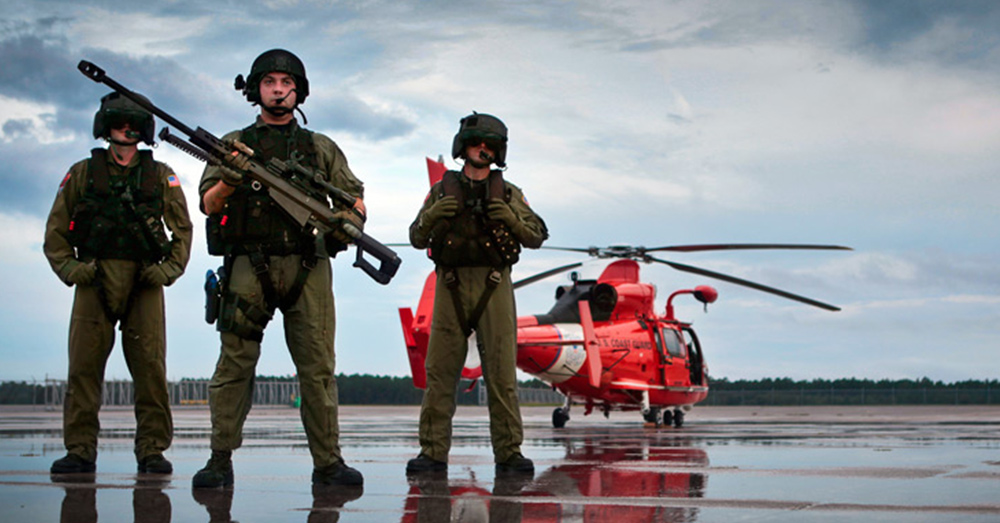 Source: U.S. Coast Guard
A HITRON aircrew with their weapons and helicopter.

If you have never heard of HITRON, this video will tell you all about it and you will see and understand the U.S. Coast Guard in an entirely new way.

“In the early ‘proof of concept’ phase, HITRON MH-90 ‘Enforcer’ helicopters stopped all five go-fasts they intercepted, arresting 17 drug traffickers and interdicting over 1.5 tons of cocaine and 5.5 tons of marijuana with an estimated street value of over $131 million,” the Coast Guard reports. “Due to these successful tests, the Coast Guard validated and designated HITRON a permanent Coast Guard aviation unit.

“Over the past 10 years, HITRON has enjoyed increasing success. By late July 2006, HITRON units had stopped 104 go-fasts, arrested 382 suspected smugglers, and seized more than 140 tons of drugs with a street value of $7.9 billion. By late 2011, HITRON had interdicted 205 vessels resulting in seizures totaling over $10 billion. 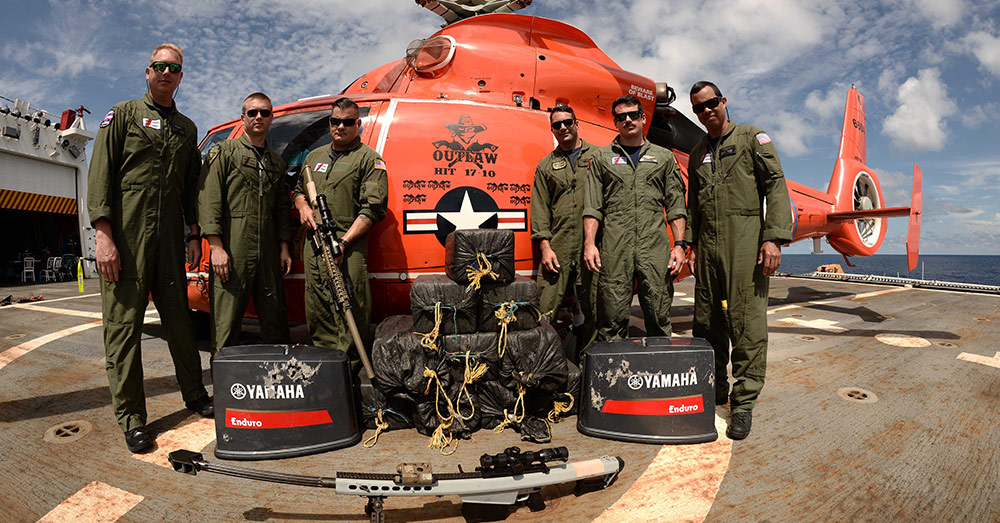 “Since 2014, HITRON has set new records with aircrews surpassing each previous year’s total of interdictions and seizures. For example, in fiscal year 2016, HITRON successfully stopped 83 vessels and interdicted 81 tons of cocaine valued at nearly $2.2 billion.”

The following video is not your average Coast Guard sequence. Sit back and enjoy this intimate view into the 21st-century Coast Guard.