The U.S. Coast Guard’s 140-foot Cutter Biscayne Bay, an icebreaker tug, recently freed a 1,000-foot freighter that was stuck in the ice southeast of Sault Ste. Marie, Michigan. The commercial freighter, the James R. Barker, was in St. Marys River heading to Duluth, Minnesota, when it became trapped in the ice. St. Marys River connects Lake Huron and Lake Superior and is used as a commercial shipping route between various states.

Despite the thick ice and size of the freighter, the Coast Guard’s Biscayne Bay was easily able to free it and clear a path so that the commercial ship could carry on its way.

That’s nothing new for the Coast Guard, which every winter conducts icebreaking operations in the Great Lakes and other regions. They cut paths in thick ice “to aid in search and rescue and other emergency operations, to mitigate flooding, and to meet the reasonable demands of commerce,” according to the Coast Guard.

The largest icebreaker in the U.S. Coast Guard’s fleet, the Polar Star, is used to keep paths clear far north in the Arctic along with the medium icebreaker, the Healy. 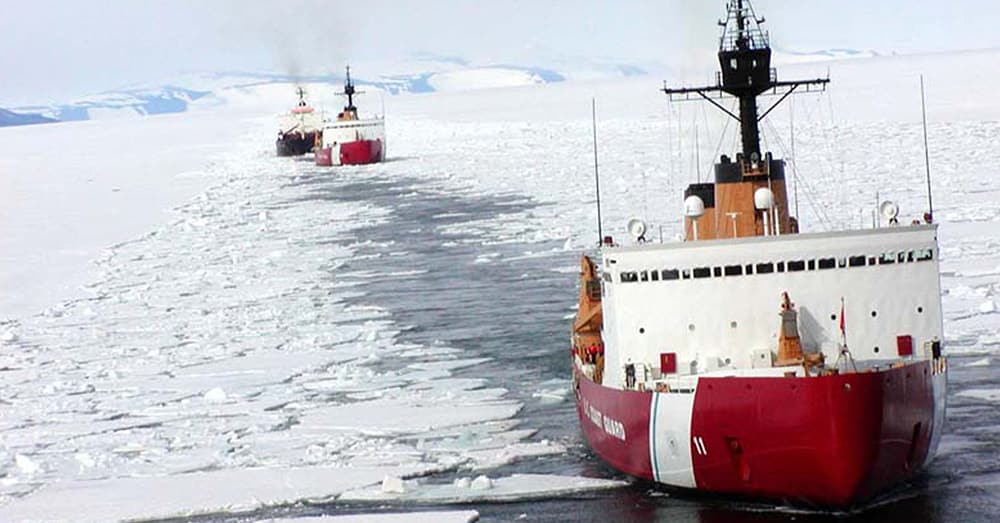 Operation Taconite — named for the iron ore that commercial ships carry across the Great Lakes — is the annual icebreaking operation conducted by the U.S. Coast Guard in Lake Superior, St. Marys River, the Straits of Mackinac, Georgian Bay, and all of Lake Michigan, including the bay of Green Bay. Other USCG icebreaking operations take place each year in eastern waterways around Nantucket and Martha’s Vineyard. 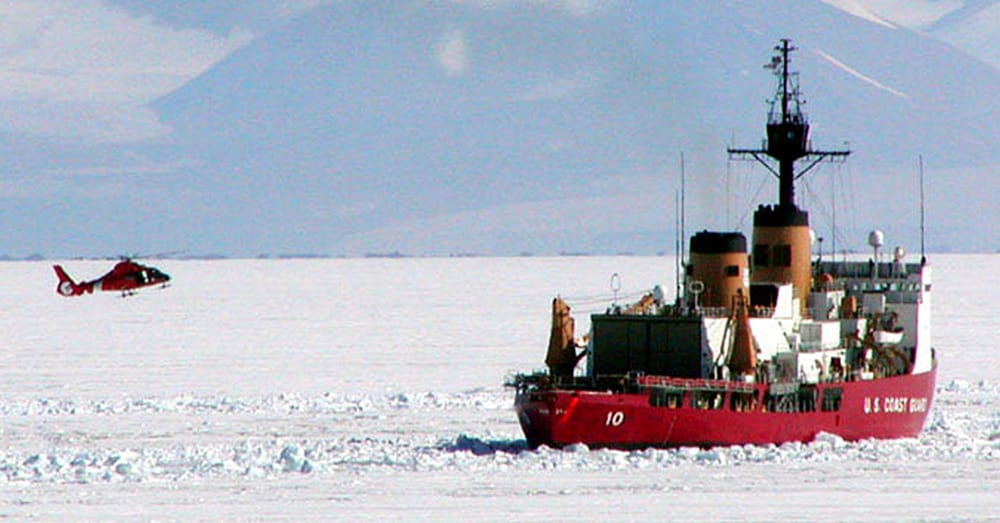 These amazing Coast Guard ships have thick metal hulls which allow them to break through thick ice and create or maintain safe shipping lanes for “economically-significant commercial shipments.”

What the USCG icebreakers are able to do is nothing short of incredible. But it’s not only impressive, it’s also vital to the economy, the lives of those on islands, and even national interests in the far north.

Watch this amazing video from the Coast Guard of some ice-breaking action!

Did you enjoy watching that? Click “next” to take a quiz and see how much you know about the U.S. Coast Guard!