Veteran Tom Cittadino wasn’t welcomed home by an extravagant parade when he returned from Vietnam 50 years ago, but that doesn’t matter anymore. The heartfelt letter he received on Veterans Day 2019 from a stranger named “Carly” more than makes up for it.

In fact, the letter so moved the veteran that he reached out to his local news station, hoping to find out who the original author was.

Thanks to 13 Action News, Cittadino and Carly King were brought together in an emotional reunion. The veteran was more than happy to share with the young author just what her words meant to him.

“As a returning Vietnam vet, Carly’s letter was so well written and heartfelt it moved me,” Cittadino told the station. “Although I was never ashamed of my service, performing my duties to the best of my ability, I didn’t share my service with [anyone] other than my supportive family.”

Dear veteran,
I will never fully understand what you went through but I do recognize, appreciate, and honor each and every sacrifice you made for our country. You truly are so brave in all you do. Your hard work helps me and my family live a safe life. Find something beautiful in your life everyday. You can always find light through the darkness — even on worst days.
Never forget you are my hero.
Love, Carly (age 15) 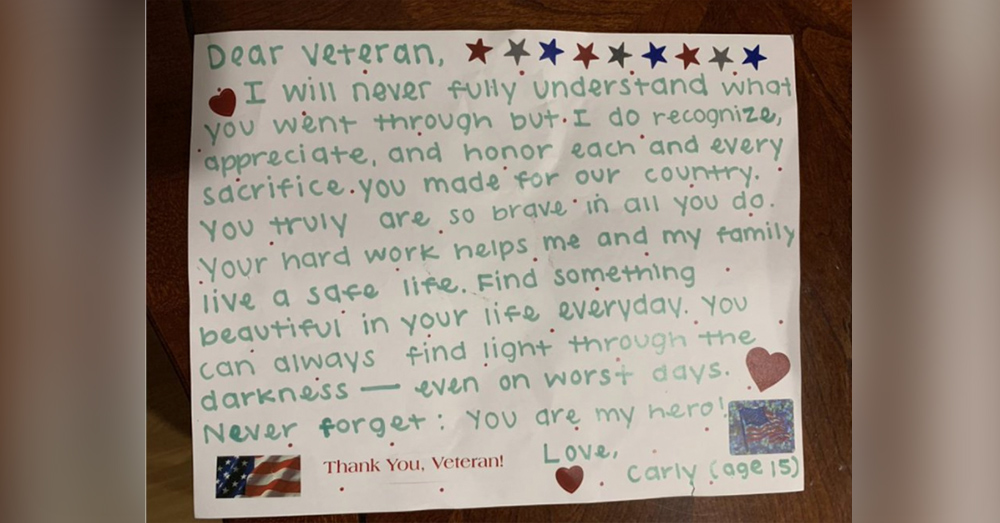 Six days after Cittadino received the letter while marking in the Nov. 11 parade, 13 Action
News arranged lunch between he and Carly, who has actually written letters to service members and veterans since she was much younger.

“It was a really special moment for me to be able to sit down and talk with Tom [Cittadino] about the hardships that he, along with all of our Veterans, went through. One thing that really struck me is when Tom mentioned he couldn’t wait to get back home to the ‘world,'” Carly said.
“For him to refer to this as coming back to the U.S., the place he was in must have been horrific. Nothing but kind words should have been thrown at Vietnam vets as they returned home. I can’t comprehend why anyone would treat our heroes so poorly. The disrespect and hatred they received is beyond imaginable.”

#REUNITED: A #veteran asked for help finding the teen who gave him a heartfelt letter during the #LasVegas #VeteransDay parade. She has been found and now they are friends! Latest >> https://t.co/BSXNJnynbu pic.twitter.com/LSWFhwVsaF

After their meeting, Cittadino left Carly with an equally memorable gift, his own veteran hat.

“It meant so much to me and I will cherish it forever,” Carly said. 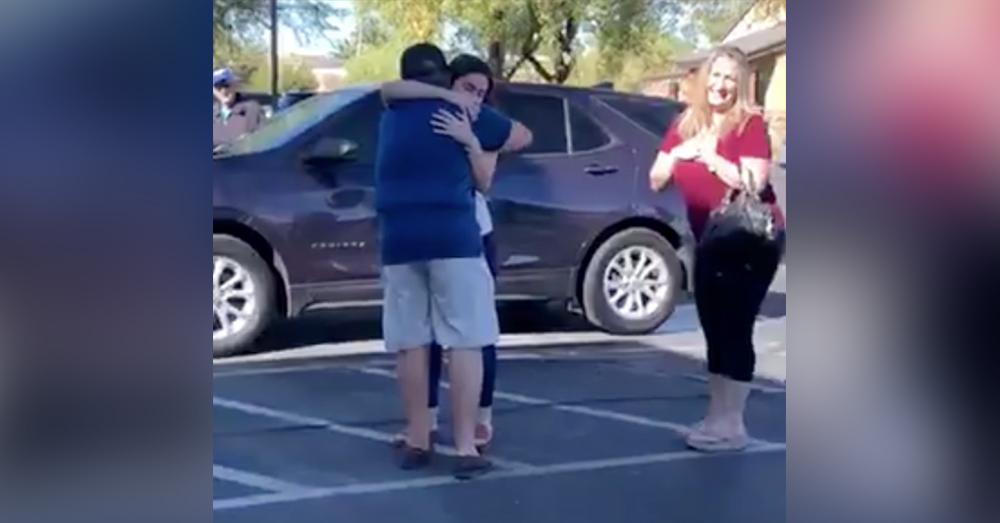 The two also have plans to meet up again in the future.

WWII Veteran Receives Letter From The VA That Says He’s Dead, And His Benefits Have Been Cut Off: Click “Next” below!