The First Underwater Veterans Memorial Is Now Open For Divers

There was a new memorial that opened up 10 miles off the coast of Dunedin Beach, Florida. It wasn’t the typical ribbon-cutting ceremony in front of a building. Instead, Professor of Oceanography, Heyward Matthews, had the honor of using a pair of oversized scissors to cut a ribbon that was strung between two boats.

Matthews was dedicating the opening of the nation’s first underwater dive memorial that is dedicated to honoring veterans. The memorial is located 40 feet beneath the surface of the water. 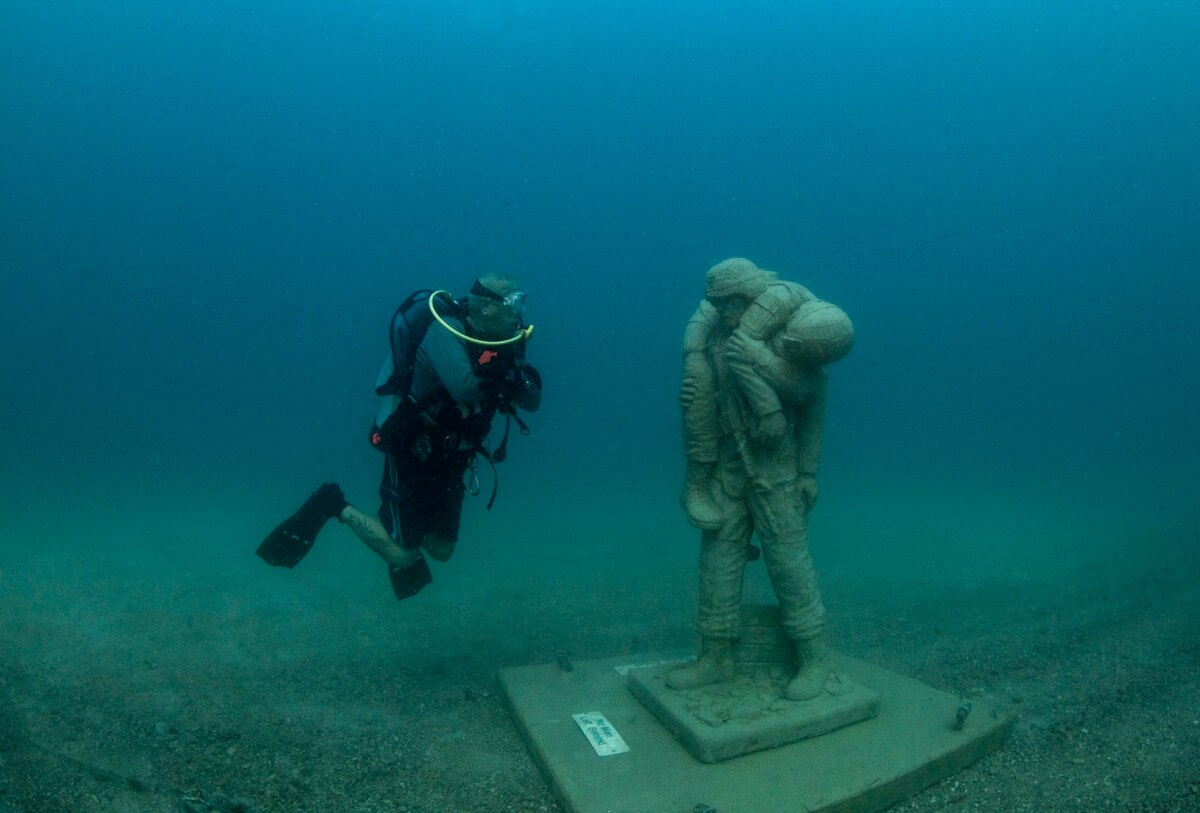 Matthews had been championing the idea of the “Circle of Heroes” memorial for nearly 10 years.

In addition to honoring our veterans, Matthews also envisions the memorial to be a therapeutic dive site for disabled veterans who are suffering from PTSD or depression. He also would like to see the memorial serve as an artificial reef to help sustain marine life in the gulf.

The memorial features 12 life-size concrete statues, which depict both men and women from the 5 branches of military service. The statues are arranged in a 100-foot circle that faces a pentagon-shaped memorial that has 5 bronze emblems – each for one of the 5 branches of service. The statues’ bases weight 2,000 pounds, as well as contain plaques on them with the names of service members. 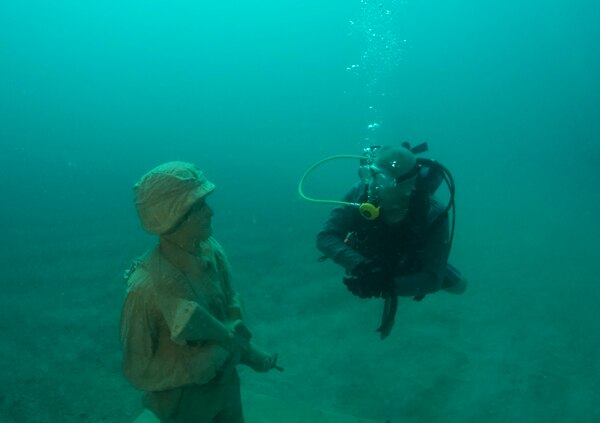 The end goal is for the memorial to have a total of 24 statues. The remaining 12 are anticipated to be installed in 2020 in order to complete the 100-foot Circle of Heroes.

The statues were a result of the generous cooperation of private businesses, community donors, and Pinellas County. Former Congressman David Jolly spearheaded the campaign to complete the memorial by created a non-profit called Brighter Future Florida. Jolly happens to be the nephew of Matthews, and he delivered a short speech during the dedication ceremony of the memorial.

“This underwater exhibit featuring our nation’s heroes will also help sustain marine life in our gulf waters by serving as an artificial reef. I also thank my uncle, Dr. Heyward Matthews, for creating the concept, and for his dedication to growing the dive community and tourism in our region,” Jolly said. 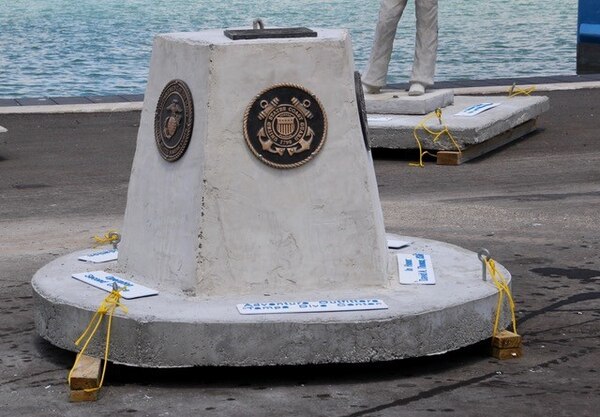 Both Karen Seel, Chair for the Pinellas County Board, as well as Republican Congressman for Florida, Gus Bilirakis, also shared some words at the ceremony. Seel believes that in addition to honoring veterans, the memorial will help bring in tourism to the area.

Bilirakis said, “We are celebrating a momentous day for our county, our state, and our nation. But most importantly, we’re honoring our heroes with an indelible legacy that will be admired for generations. This treasure of the gulf will forever remind us of their sacrifices and their service to our country.”