89-Year-Old Chuck Yeager Takes To The Sky Once Again

Watch this 6 minute video and see a man who has made and lived the history of supersonic flight from its very beginning.

Chuck Yeager was the first man to fly at supersonic speed. He did so, on Oct. 14, 1947 in the experimental Bell X-1 aircraft.

On October 14, 2012, at the age of 89, Gen. Chuck Yeager once again climbed into the cockpit of an F-15 Eagle as part of an honor flight out of Nellis AFB in Nevada to celebrate then 65 years of supersonic flight. 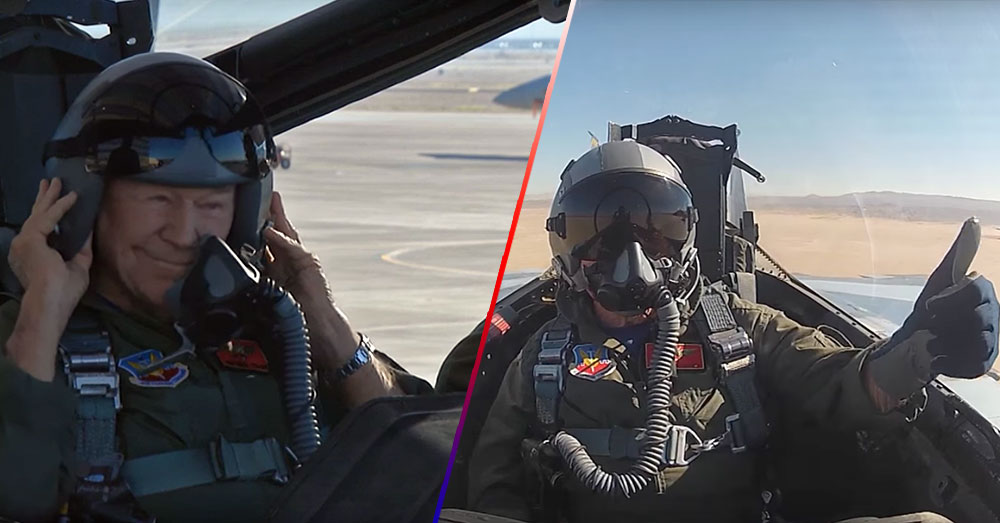 Not many get the opportunity to fly a plane, let alone a jet fighter at supersonic speeds. Maybe there is a part of us that would love to have at least one chance to do that in our lives. I know I would.

The Veterans Site expresses its sincere thanks to Chuck Yeager for his courage, dedication to service and for his long service to the nation in the United States Air Force. It was the courage of men like this that helped to make America the strongest military in the world. You flew High and Fast, Gen. Yeager.