This story will warm your heart on many levels. It is about a WWII veteran and about the many people who volunteered their time and talent to help him rebuild his house in Miami, Florida.

Charles Adderley is a 93-year-old veteran of WWII. He is an African-American, a man who fought for his country, a country that at the time he volunteered to fight, did not yet treat him like the full and equal citizen that he was Constitutionally.

A little history is important here. After the Civil War three new Amendments were added to the Constitution of the United States. These were the 13th, 14th, and 15th Amendments. The first freed all Blacks from slavery and ended that institution forever in this country. The second made them full citizens of the United States, and the third gave Black males the right to vote. But under the guise of States Rights, protected by the 10th Amendment, southern states created what would be later called Jim Crow Laws, which remained in effect up into the 1960s and later in some cases. 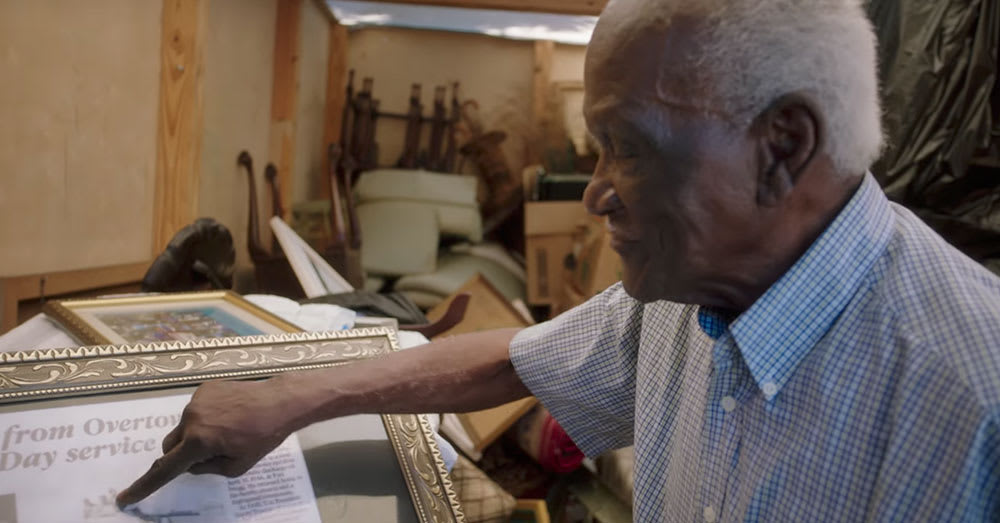 As a result, when Charles Adderley chose to fight for all the ideals that this country holds dear during WWII, and for all of the freedoms that make this country the greatest experiment in democracy and freedom in the history of the world, he did so knowing that he still did not enjoy all of those freedoms and rights of citizenship.

At the time he served, and for two decades after the war, even though he was a veteran, by state law, he had to sit in the back of the bus, and was not able to eat in the same restaurants, he had to drink from separate water fountains and use separate bathrooms all over the south. Because of this courage and dedication to the ideals that this country espouses, he and all of the other African-Americans who served and fought in WWII are recognized as a powerful and important part of what we have come to know as the Greatest Generation. 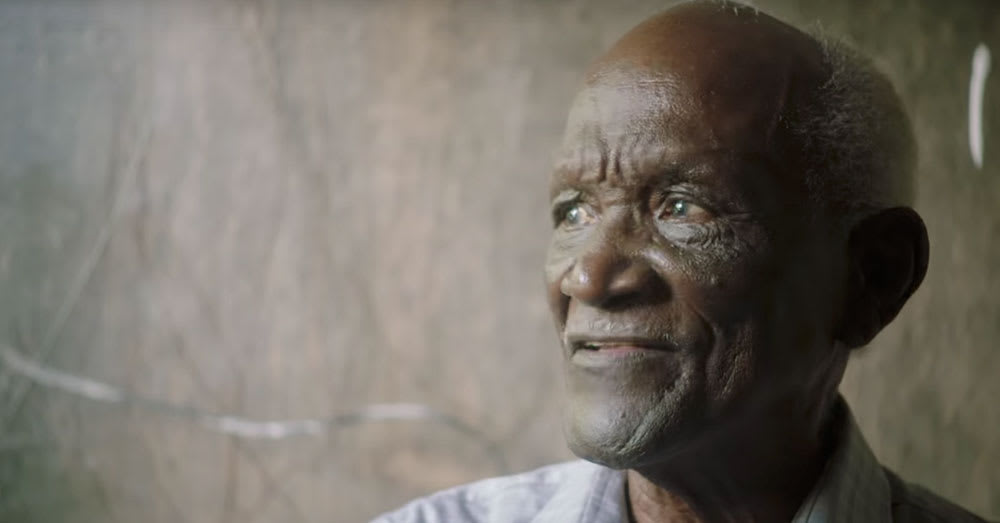 Adderley is 93 years old today. He still lives in Miami, Florida. He is not a wealthy man and he has lived in his home for most of his long life. It had become a bit worn and in need of repairs, but he did not have the means to make those repairs.

This is where the story takes another turn.

Others heard about his need and about how he was a WWII veteran and they took it upon themselves to help this 93 year old veteran. They were all volunteers who were associated with an organization called, “Rebuilding Together” founded by Travis Renville. They found that Adderley’s house was in need of a new air conditioning system, and had become moldy and needed a lot of TLC to bring it back to a nice, comfortable, and healthy condition for the 93 year old Adderley. 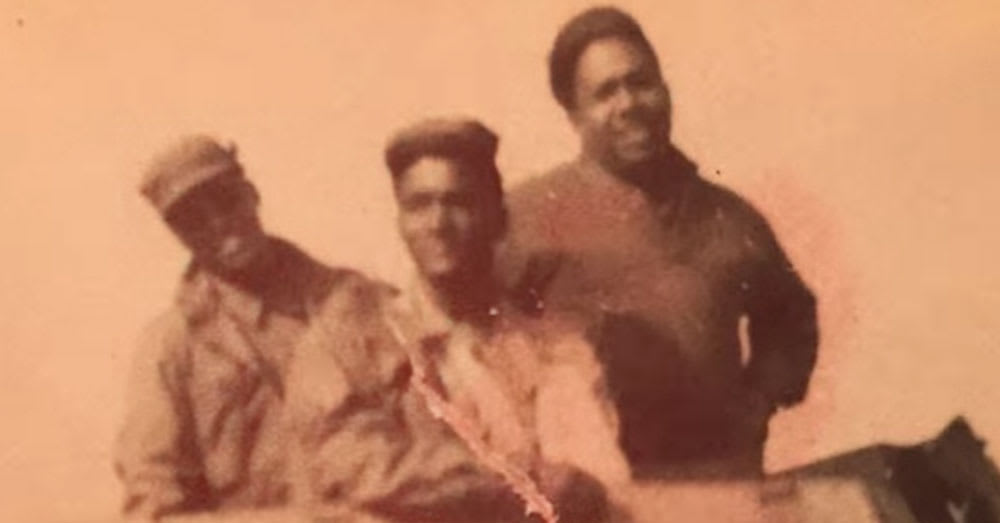 Many of the volunteers were firefighters for the City of Miami Fire Department. One of them, Lt. Daren M. Davis kind of speaks for all those who volunteered in this particular effort. He recognizes that a lot of younger people today don’t interact very often with their elders. As a result, they miss out on the history and the wisdoms that the elders can share with them. He says in this video: “We owe him. We have to always show our gratitude to veterans like him, every day, not just one day in November.”

As for Mr. Adderley, he still has a lot of life and spirit in him. He is asked in the video what he would do if somebody tried to move him out of that house. His response reveals the man: “Try to move me. You’ll have a fight on your hands.” He knows what heroes are. He knows that a hero is someone who sacrifices for the good of others, no matter the cost. He is one of those heroes. He is not worried about the future either. He says, “You have to live in the here and now. I’m concerned about the moment. I’m not concerned about tomorrow. My God, I can hardly handle today.” Mr. Adderley is a wise man and has a lot to teach us. 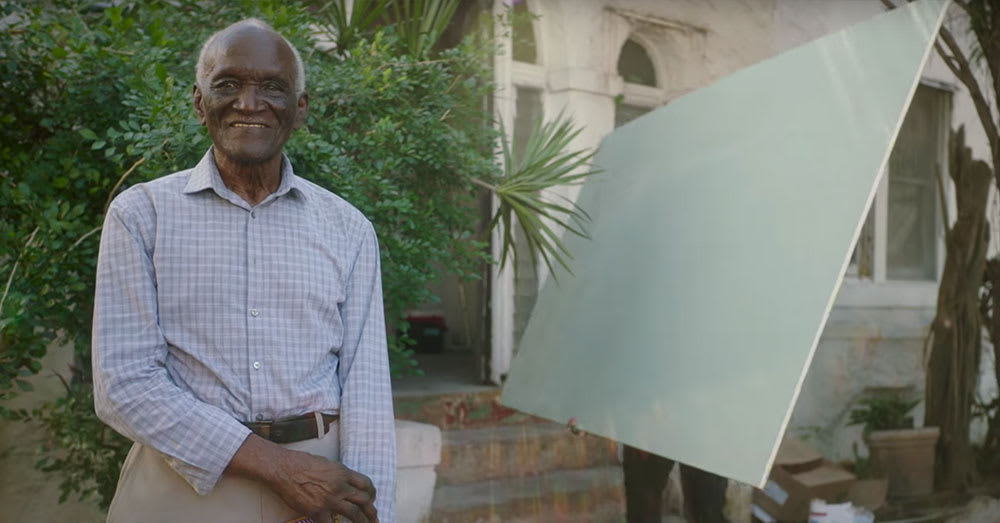 There are other heroes here too. They are all those who volunteered to help this old WWII veteran. They, too, give us an insight into what are “better angels” look like. This is what it is about, after all. We find our greatest dignity as human beings when we generously and willingly serve others, either as warriors engaged in the terrifying struggles of the battlefield, or as volunteers giving our time and our talents to help give an old man the opportunity to remain in his home. This is the power of this story.

The Veterans Site sends its sincerest thanks and respect to Mr. Charles Adderley, WWII veteran and a good and wise man. We send the same thanks and respect to Travis Renville of the “Rebuilding Together” project and to Miami firefighter, Daren Davis, and all the volunteers who helped in this marvelous effort on behalf of Mr. Adderly. You show us what we can strive to be as individuals and as a country.