This story will make you understand the heroic and faithful bond that is shared by those who have been in combat together. It reveals the character of those who serve and it will give you a clear sense of what our military does on a daily basis in combat.

The events included in this story took place on March 16, 2006 in Afghanistan. A team from Alpha Co. 10th Mountain Division were on a patrol to a village in Paktika Province, Afghanistan when they came under an intense ambush. Those involved at every level during the events of that day, from the medic on the battlefield, to the decisions and actions of the MEDEVAC helicopter pilot and crew, to the doctors and the medical staff who cared for this injured soldier conducted themselves with courageous compassion and profound courage.

An RPG round hit the Humvee that Pvt. Channing Moss was riding in during the early moments of an ambush. The round embedded itself in his torso. The tail of it protruded from his torso but the explosive elements of the weapon were inside his body and could still explode at any moment.

Spc. Jared “Doc” Angell, happened to be sitting just below Moss in the Humvee when the vehicle was hit by the RPG round. The RPG had impaled Private Moss from his left hip to his right hip. Angell quickly assessed the situation and understood the dilemma. He began to bandage the open wounds to stop the bleeding while, at the same time doing what he could to stabilize the weapon that was now lodged in Moss’ body and still armed. He told Moss, “You keep fighting for me and I’ll keep fighting for you.”

This injury, though unusual, is not unheard of. The “War Surgery Manual” actually has a set of specific rules and regulations to cover just such a situation. Essentially, the wounded soldier must be kept away from others. The soldier is considered an “expectant” patient, that is, he is expected to die, and the best thing that can be done is to keep him as far away from others and facilities so that if the explosive does go off, no one else will be injured.

Though the round in Private Moss could have exploded at any second, every decision made by the medic, Spc. Jared “Doc” Angell; MEDEVAC pilot and co-pilot, CWO 2 Jorge Correa and CWO 3 Jeremy Smith; and MEDEVAC flight crew was contrary to the War Surgery Manual’s stated rules and regulations.

SSG. Christian Roberts and flight medic and Sgt, John Collier were asked by the MEDEVAC pilot Correa if they were comfortable with taking Moss on board, even though he had the live RPG round in him. Crew Chief Roberts responded, “We are not going to leave a U.S. soldier to die in the middle of Afghanistan.”

The medical staff at the forward field hospital at Orgun-E base where Moss was taken would defy those War Surgery Manual rules, too. Maj. Kevin Kirk, an orthopedic surgeon, and Maj. John Oh, a general surgeon on duty that day, took one look at Moss, who had remained conscious throughout all of this, and decided to risk everything to do what they could to save this soldier’s life. Most of these people did not know Pvt. Moss, certainly not like his Alpha Co. 10th Mountain Division team members, but they chose to risk their own lives to do what was necessary to save a fellow soldier’s life. Because of this, what could have led to tragedy at every step of the way turned out to have a happy ending.

After the unexploded RPG round was removed, Pvt. Moss would go to Germany and then to Walter Reed to undergo several more surgeries. He has recovered and can walk with the aid of a cane. Moss was awarded a Purple Heart, and now lives at home with his wife and two children, while attending college. 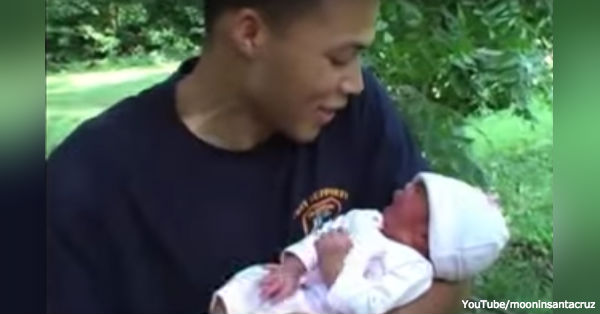 CWO2 Correa, and CWO3 Smith, the MEDEVAC pilot and co-pilot, flight medic Sgt. John Collier, and Crew Chief SSGT Roberts were all awarded the Air Medal for heroism against an armed enemy. Spc.“Doc” Angell, Sgt Dan Brown, the EOD specialist who was called in to the surgery that day to assess the situation and to help remove the RPG, and Lt. Billy Mariani, the Alpha Company commander on the patrol when Pvt. Moss was hit, were all awarded Bronze Stars with Valor for their actions that day. For their participation in the surgeries, Dr. Kirk was awarded the Army Commendation Medal with Valor, and Dr. Oh was awarded the Soldier’s Medal for Heroism. All have gone on to receive promotions or transition back into civilian life and all are doing well.

The Veterans Site wishes to offer its respect and gratitude to these men and to all who serve and who have served.