They may look long in the face, but these vets have a lot to look forward to.

Kennedy and Quincy went through quite different experiences during their military service. Kennedy was ejected for kicking soldiers, and Quincy, while a shining example of pride, found his service shortened by a debilitating foot disease.

The two served as caisson horses at Arlington National Cemetery, where they took part in countless military funerals, sometimes as many as eight times a day. They were responsible for pulling coffins into the cemetery with the bearing and poise expected of the military’s finest. In a procession as solemn as a military funeral, there is no room for error, and Kennedy and Quincy performed their roles well.

“These guys did their service,” Staff Sgt. David Smith told the Washington Post. “It’s their time to be a horse.”

A herd manager from the Army facilitated the adoption process for the two Old Guard horses. He flew to each home that was considered, and the applicants visited the horses at Fort Myer, near Arlington.

Quincy is off to Whit Acres Farm in Massachusetts. He’ll be living in a heated barn on the property of Sean Sutton, also a veteran, and Kristen Whittaker. 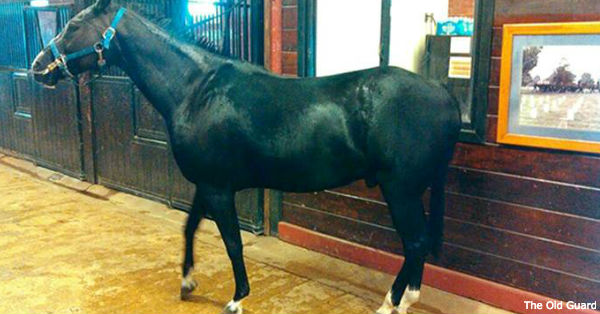 Quincy retired from service after a foot disease made it hard for him to perform in military funeral processions.

Kennedy took a little more care to home properly. His disposition restricted possible owners to those who knew how to work with such horses. Former caisson soldier Carroll Urzendowski is proving to have what it takes, though.

Urzendowski, a sergeant first class at Fort Polk in Louisiana, lives on an 85-acre ranch in Texas. He and his wife have young children of their own, and understand the importance of discipline. 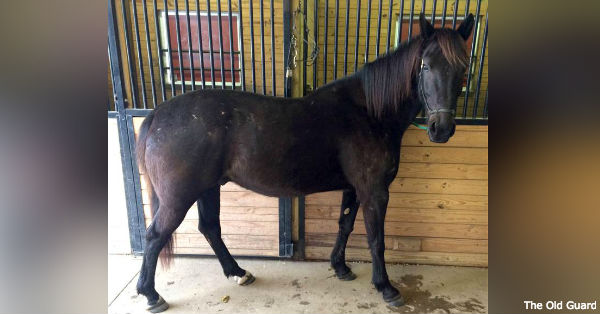 “Kennedy is interesting. Let’s just say he’ll take advantage of his handler if the handler allows him to,” Urzendowski said. “It’s like raising a child. They’ll try to get away with what they can. Start moving him, start petting him. You just have to give him something else to think about.”

Life after war is not an easy thing to deal with for many veterans. Many of them develop Post Traumatic Stress Disorder and have trouble in their day-to-day lives. Non-profit organization, Spring Reins of Life, uses horses as therapy to help veterans cope with their disorder. Follow this link to read more about what this innovative therapy is doing for our former service members.