1968 was the bloodiest year of the Vietnam War. It was a bad year back in “The World” as well.

There were rising protests against the war, especially on college campuses and, at the Democratic National Convention in Chicago, protests turned violent and bloody.

The Civil Rights Movement was in full swing. Then, there was the assassination of Martin Luther King, Jr. in Memphis in April of 1968, just toward the end of the Tet Offensive. 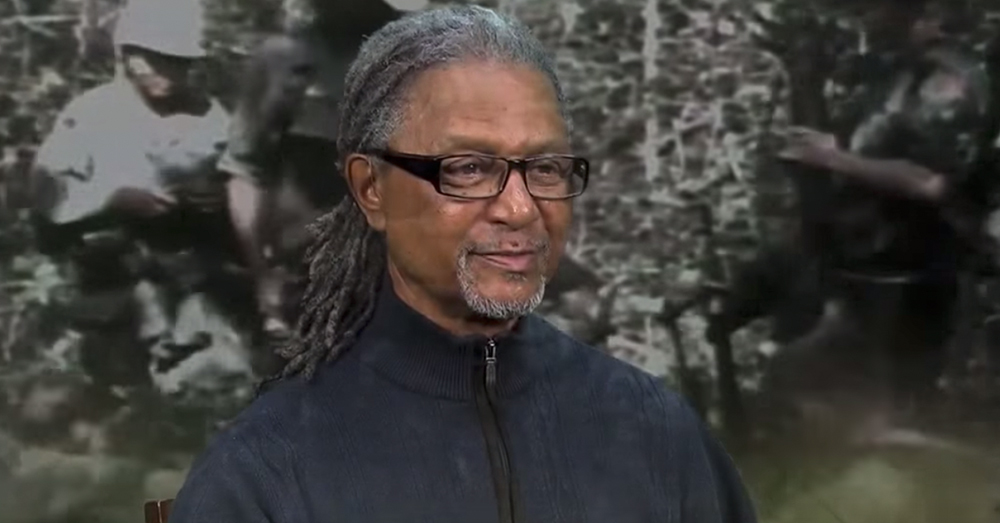 Source: YouTube/IowaPublicTelevision
Caesar Smith’s first mission in Vietnam was to lead Delta Company on a search and destroy operation on a suspected ammunition cache.

Even with all of this going on, blacks were still joining and serving in the military and fighting in Vietnam. One of those black Americans who did so was an Army captain by the name of Caesar Smith. He was from Iowa and he had already been to Vietnam once before. He returned there just after the Tet Offensive and was put in command of Delta Company of the 82nd Airborne.

Smith’s first mission was to lead Delta Company on a search and destroy operation on a suspected ammunition cache. You will hear his description of taking his band of mostly young and fresh troops into their first combat experience in this video. 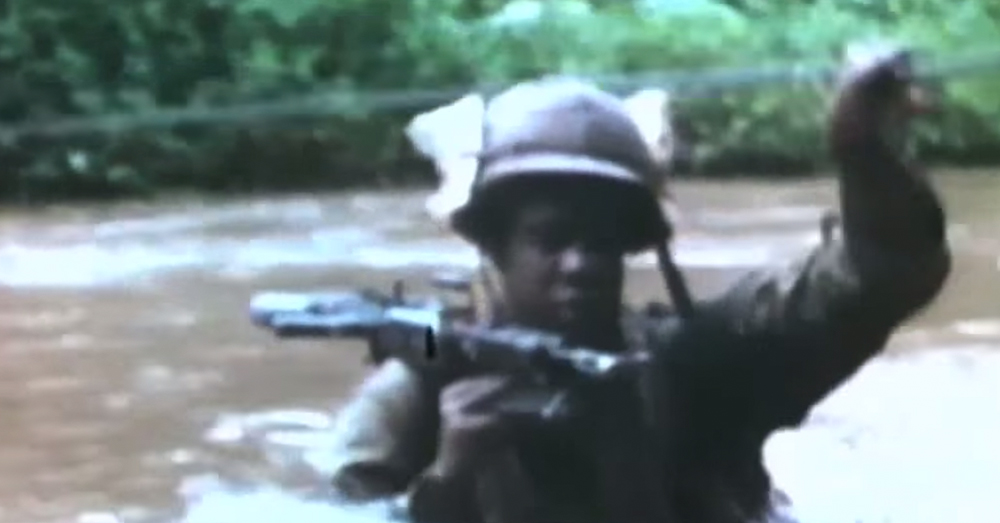 Source: YouTube/IowaPublicTelevision
Combat was fierce, and often in swampy terrain in Vietnam.

You will also hear him tell about another mission that he led some time later with his now more seasoned troops. Listen as he explains how they had halted to get a rest and everybody was hidden in a treeline. But one of his men’s legs were spotted sticking out from the foliage.
The enemy spotted him and fired, killing him instantly. 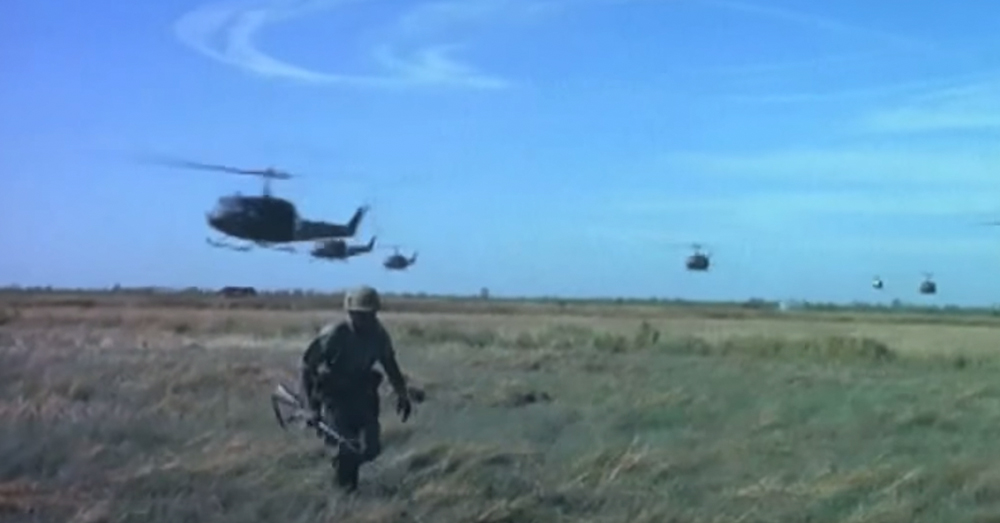 Source: YouTube/IowaPublicTelevision
Where US troops were fighting, medevac was never far behind.

They found themselves in a fight with a much larger force and had to withdraw under withering fire, carrying their dead Sgt. with them. Listen as he describes how he maneuvered his company, platoon by platoon, including their one KIA, across rising, fast running creek that was in their way, while directing aerial and artillery support for his men. He was able to set up a perimeter and call in medevac helicopters and to get everyone out safely. 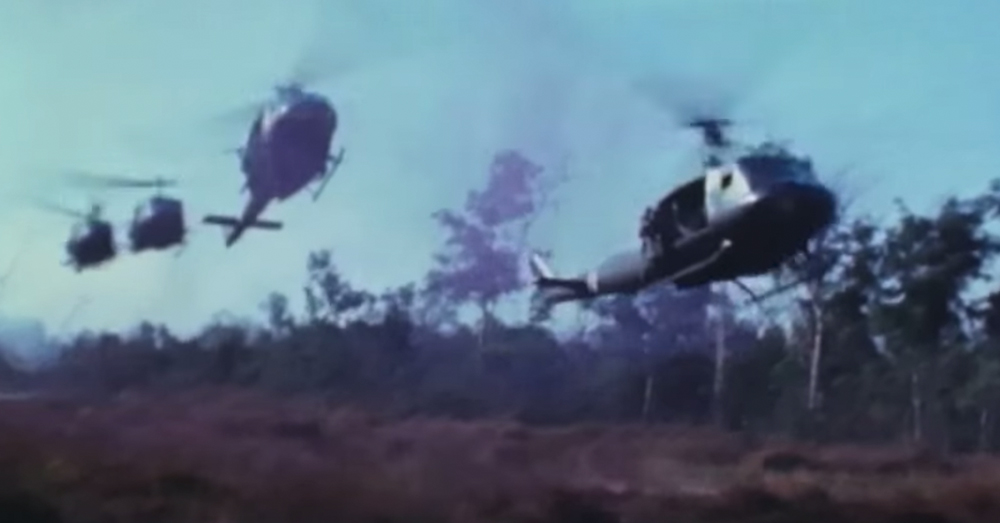 Source: YouTube/IowaPublicTelevision
More than 58,000 U.S. troops were killed in the Vietnam War.

By any measure, we can say that Capt. Caesar Smith did his job with skill, determination and courage. His troops responded to his leadership willingly, seeing that he knew what he was doing and they respected him and even loved him for his caring leadership. But, like the rest of his fellow Vietnam veterans, he came home to a nation that was being torn apart at many different seems.

While all of us came home to varying degrees of rejection and bitterness, he and his African American brothers and sisters also came home to the heightened racial tensions of the day. 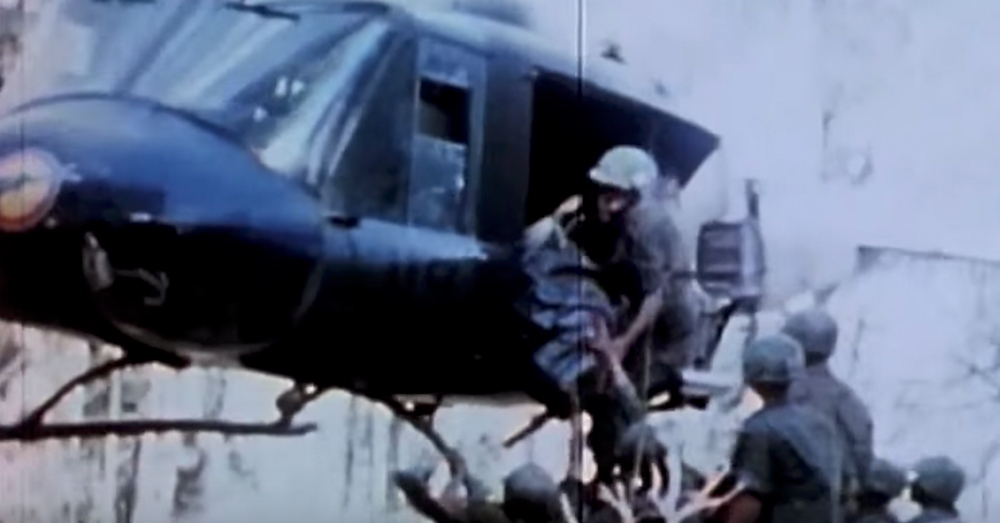 Our individual nobility, or lack of it, comes out in our character, in the way we act, especially in the ways we respond to adversity. Capt. Ceasar Smith is a man of true nobility. You can hear it in his voice and see it in the way he talks about those days, back in the Nam when he and his men found out how they were going to act under adversity, when they faced the bullets for the first time.

He led. And he did so with insight, dedication to his men, and with courage.

The Veterans Site sends a sincere “Welcome Home” to Caesar Smith. We thank you for your service and your example.

Here’s How The Harlem Hellfighters of WWI Earned Their Name, And A Place In History: Click “Next” below!